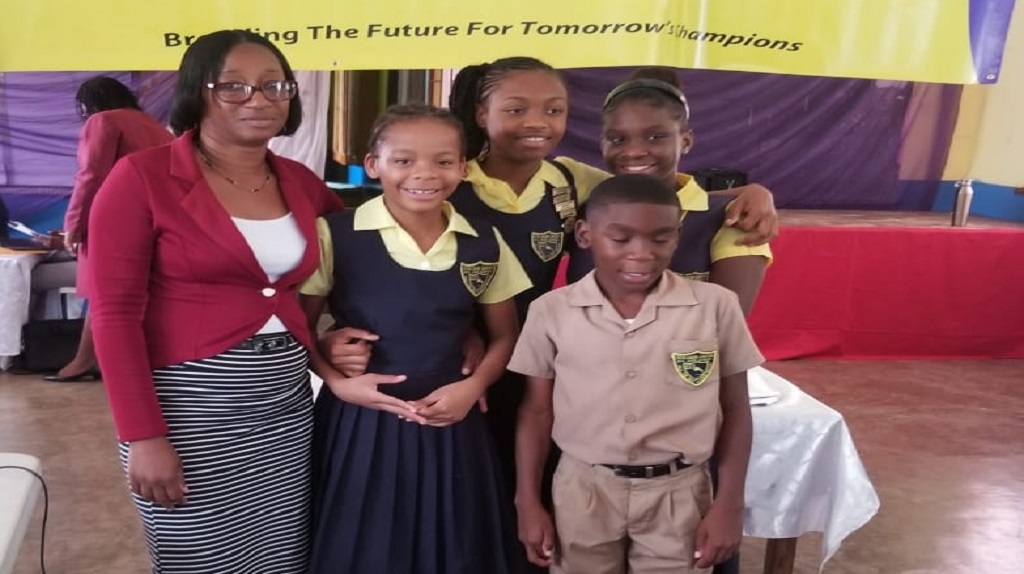 Team Golden Grove poses with their coach Valerie Beadle during one of the elimination matches held at the Clement All Age School.

Held under the theme: “Branding the Future for Tomorrow’s Champions”, the competition aims to encourage students to become more academically, socially and culturally aware.

According to Delroy Christie JGRA  Northern Chapter Chairman, the response of the teachers, children and parents has been heartwarming, leading the association to double its efforts in encouraging the children to see education as a viable alternative to crime and deviance.

“The quiz is structured in a way that sponsors are able to include questions of their own so the students really experience the full spectrum for all four core subjects, language arts, mathematics, science and social studies, general knowledge and critical thinking," he said.

He went on to note that the association intends to broaden the curriculum to include civics and road safety, thereby helping to minimize road fatalities. 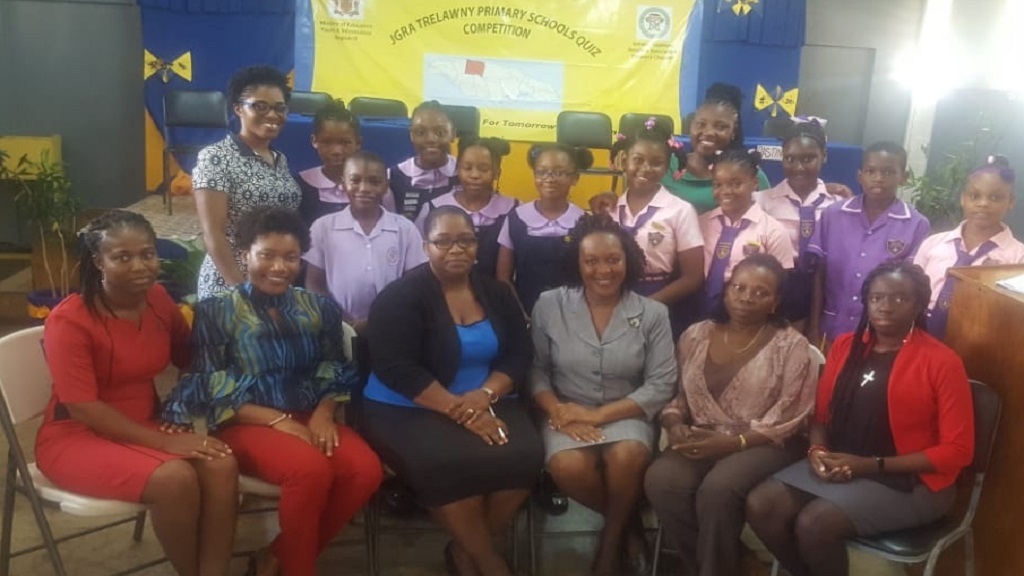 The 2019 competition began on May 28, with a series of weekly matches between schools in the hope of choosing a parish champion.

The parish champions will later compete for the regional champions title.

JAGRA has funded developmental programmes at schools islandwide to the tune of more than $13 million while several students have been the beneficiaries of vouchers valued at $75,000 to assist with the purchasing of uniforms and other materials for school.

The association has also offered attractive prizes to the youngsters and their coaches, inclusive of five-year scholarships, tablets and hotel day passes. Additionally, one retired teacher or education officer who has made a significant contribution to the cause of education will be honoured at each annual awards ceremony.