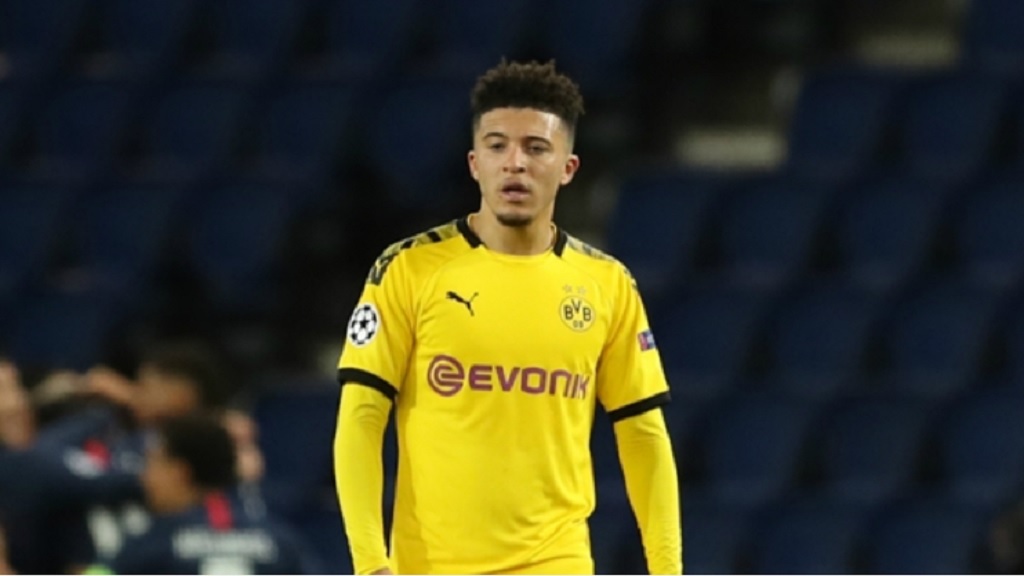 Jadon Sancho has called the German Football League (DFL) an "absolute joke" after he was fined for violating social distancing protocols.

Sancho and Borussia Dortmund team-mate Manuel Akanji were both sanctioned financially after images emerged of them having haircuts at home without wearing face masks.

As such, they flouted the coronavirus protocols in place in Germany, which have been a key pillar in the Bundesliga being able to resume action ahead of its European counterparts.

Sancho and Akanji have five days to register an appeal.

Shortly after the news of his punishment was announced by the league, Sancho tweeted: "Absolute Joke DFL!"

The England international avoided a suspension – at least initially – and is currently free to play in Dortmund's home game against Hertha Berlin on Saturday, fresh from a hat-trick in last weekend's 6-1 demolition of Paderborn.

Sancho has been heavily linked with a move to the Premier League for next season, with Manchester United widely viewed as the front-runners for his signature.