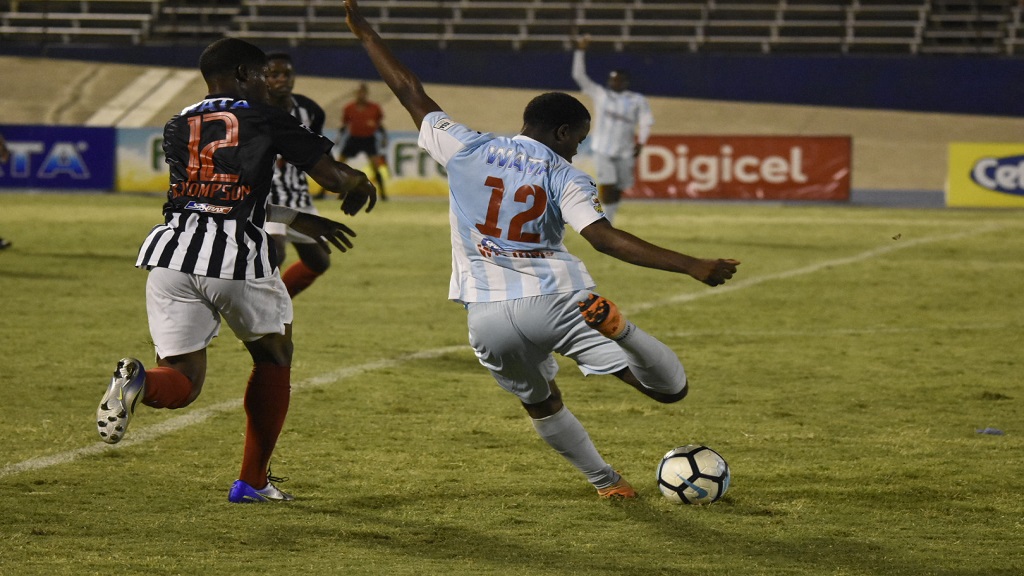 St George's College made the final of the ISSA/Digicel Manning Cup competition a North Street affair on Tuesday night as they joined neighbours Kingston College (KC) in the championship match.

The Neville ‘Bertis’ Bell-coached side defeated defending champions Jamaica College (JC) 2-1 in the second match of the semifinal doubleheader at the National Stadium.

Substitute Chantomoi Taylor in the 59th minute and Damani Harris in the 72nd scored the goals for St George’s College while Saqain Waul got a consolation goal for JC in second-half added time.

The loss ended the stranglehold of JC on the Manning Cup. JC were looking for six-straight titles.

With the victory, St George's ensured that they are on track for their 23rd title, which is the second most victories in the competition behind JC with 29.

KC will be hunting their 15th hold on the trophy and their first since 1986.

The Manning Cup final will take place on Friday, November 30.

JC will now turn their attention to the all-island Champions Cup Knockout final against Cornwall College on Saturday, November 24 at the Catherine Hall Stadium in Montego Bay.