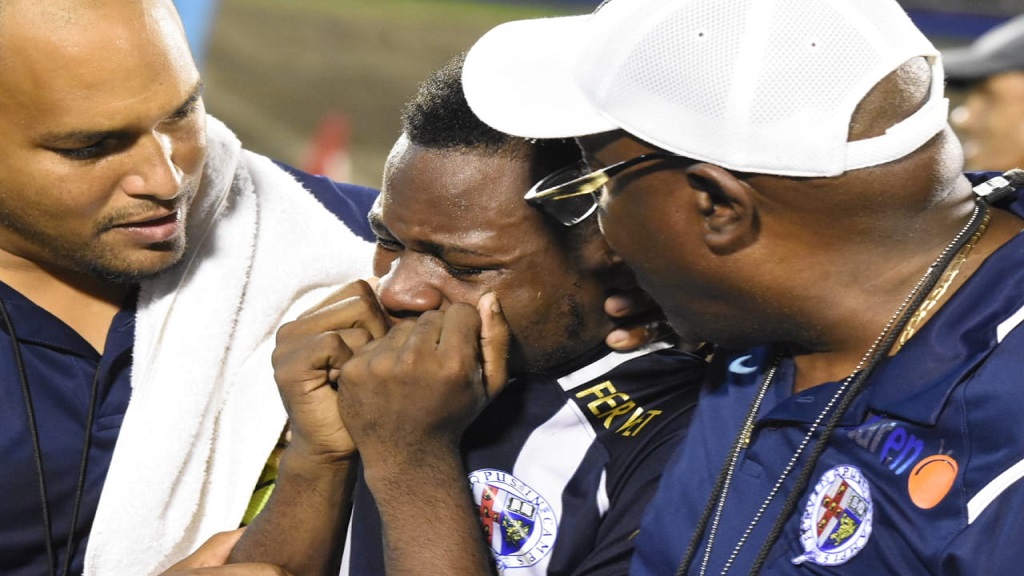 Jamaica College (JC) qualified for the 2019 ISSA/Digicel Manning Cup final on Wednesday night with a 5-4 penalty-kick victory over Kingston College (KC) at the National Stadium to set up a championship match with St Andrew Technical High School (STATHS) on Friday, November 29.

It will be the second Manning Cup final between the teams in three years as in 2017 JC won to secure five-straight titles.

The victory for JC, the most successful team in the competition with 29 titles, means that a new champion will be crowned, a year after KC defeated North Street neighbours St George's College 3-2 in a dramatic finale to win urban area biggest schoolboy football prize for the first time in 32 years.

JC’s goalkeeper Daniel Russell pushed the match into the dreaded penalty kicks by keeping the Dark Blues into the game with two crucial saves in the closing stages to keep the scores at 0-0. Firstly, in the 85th minute, Russell saved Dwayne Atkinson's shot that looked destined for the back of the net and secondly, in the 86th he kept out a freekick on the edge of the 18-yard box.

The match was evenly contested for the most part, but KC got the easiest chance to break the deadlock in the 41st minute, however the crossbar denied Ronaldo Robinson's thunderous 25-yard free-kick, which beat Russell.

In the penalty shootout, JC were perfect from the spot, while KC missed their first kick through Jamari Morrison who booted his effort over the bar with his left foot.

Ronaldo Robinson, Christopher Pearson, Ajay Stewart, and Michael Allen scored the other four penalties for KC but their efforts were all in vain as the Ludlow Bernard-coached team suffered its only defeat of the season.

The victory was sweet revenge for JC, which lost 3-2 in another penalty shoot out with KC in the all-island Champions Cup Knockout competition on Saturday at the same venue.

The first semi-final earlier was also decided from the penalty spot where STATHS defeated Wolmer's Boys 4-2 to qualify for their second final in three years.

The dreaded penalty kicks were used to determine the winner after the teams had battled to a 1-1 draw at the end of regulation time.

Tyrese Smith sealed the victory for STATHS when he calmly slotted home the fifth and final kick to break the heart of Wolmer's supporters, who had earlier seen their team taken a 2-1 lead during the shootout.

STATHS' 16-year-old goalkeeper Ricardo Laing put his team back into the game when he saved Revaldo Mitchell's spot-kick and then watched as Rushane Thompson found the upright.