'It wasn't about being crude': Valedictorian defends 'bad word' use 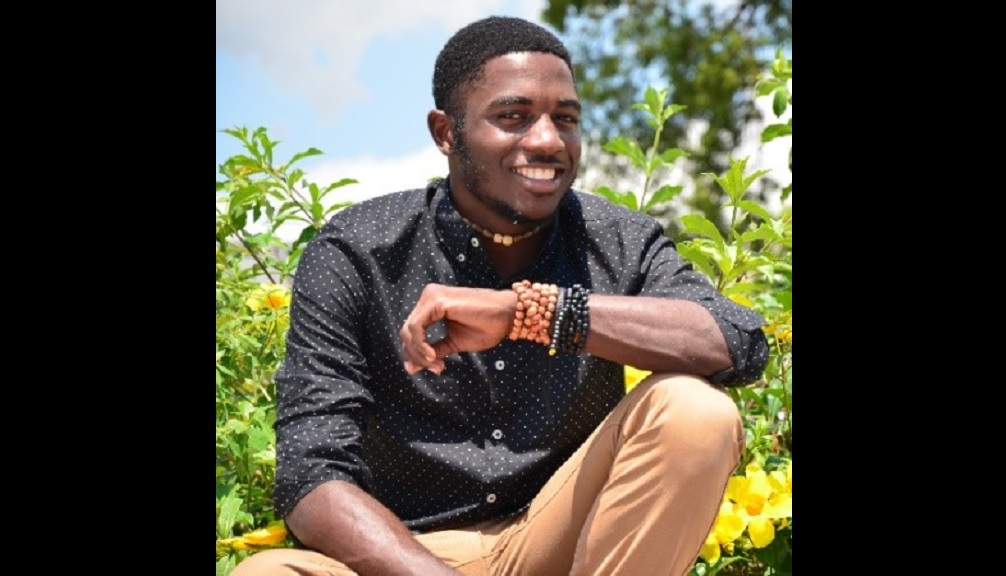 Edna Manley College of the Visual and Performing Arts (EMCVPA) valedictorian, Waldane Walker, has defended his decision to close his dramatic, emotional speech with an emphatic "big up unu bl***cl**t self!".

He said that the act was not a blatant attention-grab but an affirmation of his culture and his heritage, a le mot juste fit befitting the great import and inflamed passions of the occasion.

"I want to establish that this was not the intention of my speech, for attention," he told Loop News reporter Claude Mills.

"(It was) to be the instigating (force) of the Graduating class of 2019 of the Edna Manley College to accept their truth and stand resolute in the knowledge that they are uniquely poised to challenge and change the world through their heart," Walker said.

"Finally I am humbled at the positive reactions to the final statement, however, the speech unpacks a story of truth and epitomises the journey that was the Edna Manley College for us. I stand resolute in my truth and respect and honour my ancestors. Let us begin to write our unique narrative before others recognize our goldmine and take advantage of same. I am grateful."

Walker's use of the colourful vernacular brought the graduating class to its feet in an explosion of cheers, applause and fist pumps.

Walker is a proud advocate of the creole language and its charming use of polysyllabic curse words.

"I just want to be clear that it wasn't about being crude. I believe that we have to come to terms that these words were not created to be rude, but they were encoded inside the past we have with our colonisers. This is our language, this is our culture. We need to be able to preserve that, to see what we have before others see it," he said.

Walker has waded waist-deep into a stirring online debate as to whether or not expletives should be given its freedom in the dancehall space. The culture debate recently gained currency when Opposition senator Andre Haughton announced his intention to move a motion in the Upper House to allow expletives in the dancehall arena.

Asked how his grandmother would have received his departing salvo, had she been alive, he responded:

"My grandmother, Nettie Rowe, who was violently taken from my family, was one of the reasons why I pursued this degree. She believed in me and I honour her. She loves me just as I am and I am certain she is proud."

In 2017, Walker's 88-year-old grandmother, Nettie Rowe was found dead at her home with multiple stab wounds to the chest. She was believed to have been sexually assaulted. Three men were held in relation to her death.

However, attorney Patrick Bailey has crinkled his nose at what he believes is crude vulgarity and obscenity masquerading as culture. He believes that the liberal intelligentsia has an agenda hell-bent on subverting traditional concepts of common decency and decorum.

“Please do not drag Miss Lou's name into this. Miss Lou has never used a curse word in her decades of performances. Unless you consider a valedictorian speech an ARTISTIC PERFORMANCE,  I disagree with the use of a Jamaican "bad wud" in a graduation speech,” said Bailey.

The Attorney said he also believed the use of expletives in particular the one used by the student was gender discriminatory.

“Leave aside for the moment that it is gender discriminatory, as it refers to a female's sanitary accessory in her menstrual cycle. Graduation ceremonies are usually attended by proud parents and grandparents etc,who do not expect to have their ears assaulted by curse words and would be disrespected,” the attorney said.

“For me it was a cheap and deliberate attempt at seeking attention.  Needless to say the gambit worked and the speaker will be remembered. I am no "prude" and readily confess, I am from a different generation. No amount of spin from the liberal intelligentsia, however, will get me to applaud it,” said Bailey.

Deejays Bounty Killer and Popcaan as well as cultural academic Dr Carolyn Cooper have sided with those who say the words are not only harmless, but profitable.

'Teaching in patois got better results'