Ishawna claps back at Danielle D.I. and Carlene as 'war' heats up 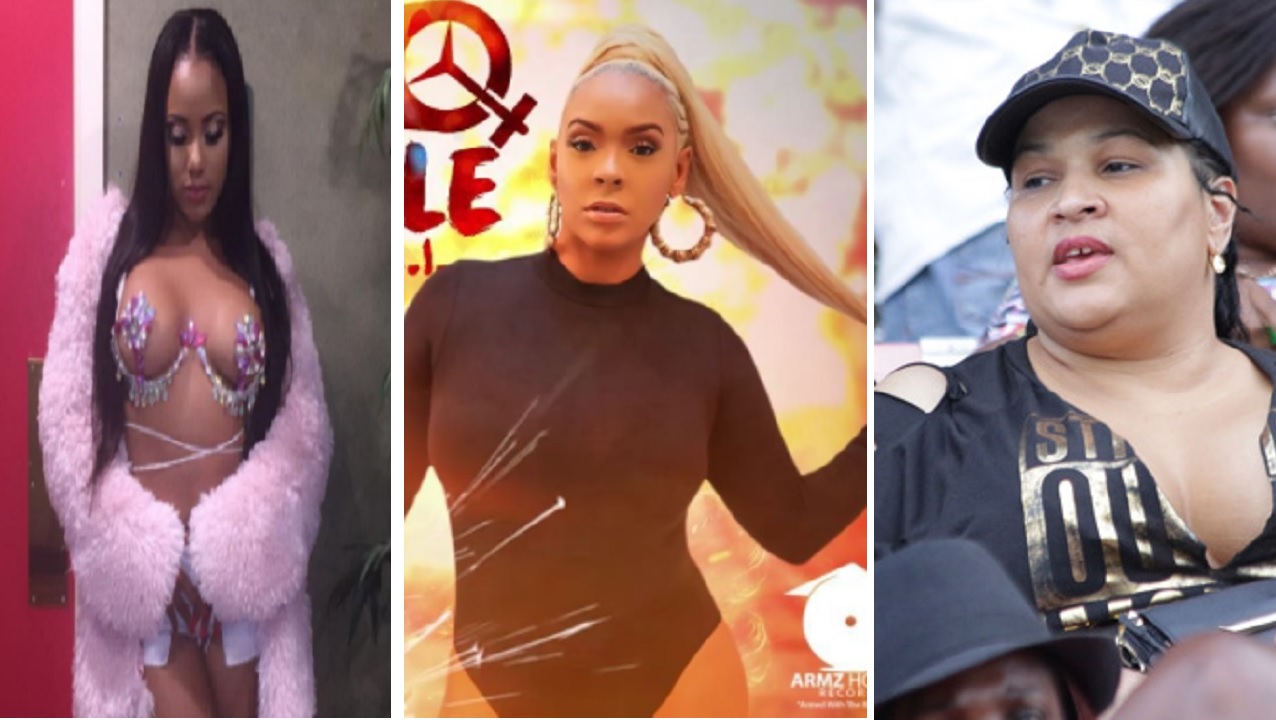 The stakes have been raised in round two of the lyrical feud simmering between Danielle D.I. and Ishawna.

In the latest salvo of disses, D.I. claps back with Street Bicycle - released on Tuesday - which features an introduction by her cousin, Dancehall Queen Carlene.

"This is a public service announcement. This is the Carlene, the original Dancehall Queen...cousin, please tell that b...h don't call my clean name in her filthy mouth," she continued, before D.I. steps in with verse one.

Carlene became involved in the feud when Ishawna made reference to the dancehall queen in her Headshot diss song, alleging that D.I. had sexual relations with a number of industry insiders including her cousin's ex-lover, Beenie Man.

Ishawna supported her allegations with the lyrics "Carlene seh Beenie talk up" - a claim Carlene has dismissed as untrue.

On Street Bicycle, Danielle suggests that Ishawna has had sexual relations with members of the Alliance clique, and other assertions Loop Jamaica cannot repeat.

Ishawna hit back a few hours later with Walking Dead which starts off with the beeping of a life support machine, an ominous warning of the lyrical annihilation that is about to ensue.

She responds to DI's diss that her mother is an inmate in the New York prison system with a hard-hitting intro where she declares: "my mother kick off hospital door and tek yu mumma offa life support'.

Ishawna taunts: 'Go chuck off inna yu half-dead mumma, anno you say she a battle fi life, yu is a walking dead'. She takes a potshot at DI's age and lack of children with the line: 'yu womb dry rotten caan bring no baby'.

Then Ishawna goes scorched earth with the lines: "Yu and yu big head auntie weh about 75/do yu mumma a favour while the b---h still alive/ visit the hospital offa the I-95 and skin out her big h---e, and two ah oonu tek a dive", before segueing neatly into the chorus, 'inna yu half-dead mumma".

She also tells D.I to "dig out a family plot, three spot: one for Carlene, yuh mumma and you duppy bat."

The track also has samples of 'finish her' and 'fatality' from the Mortal Kombat video games.