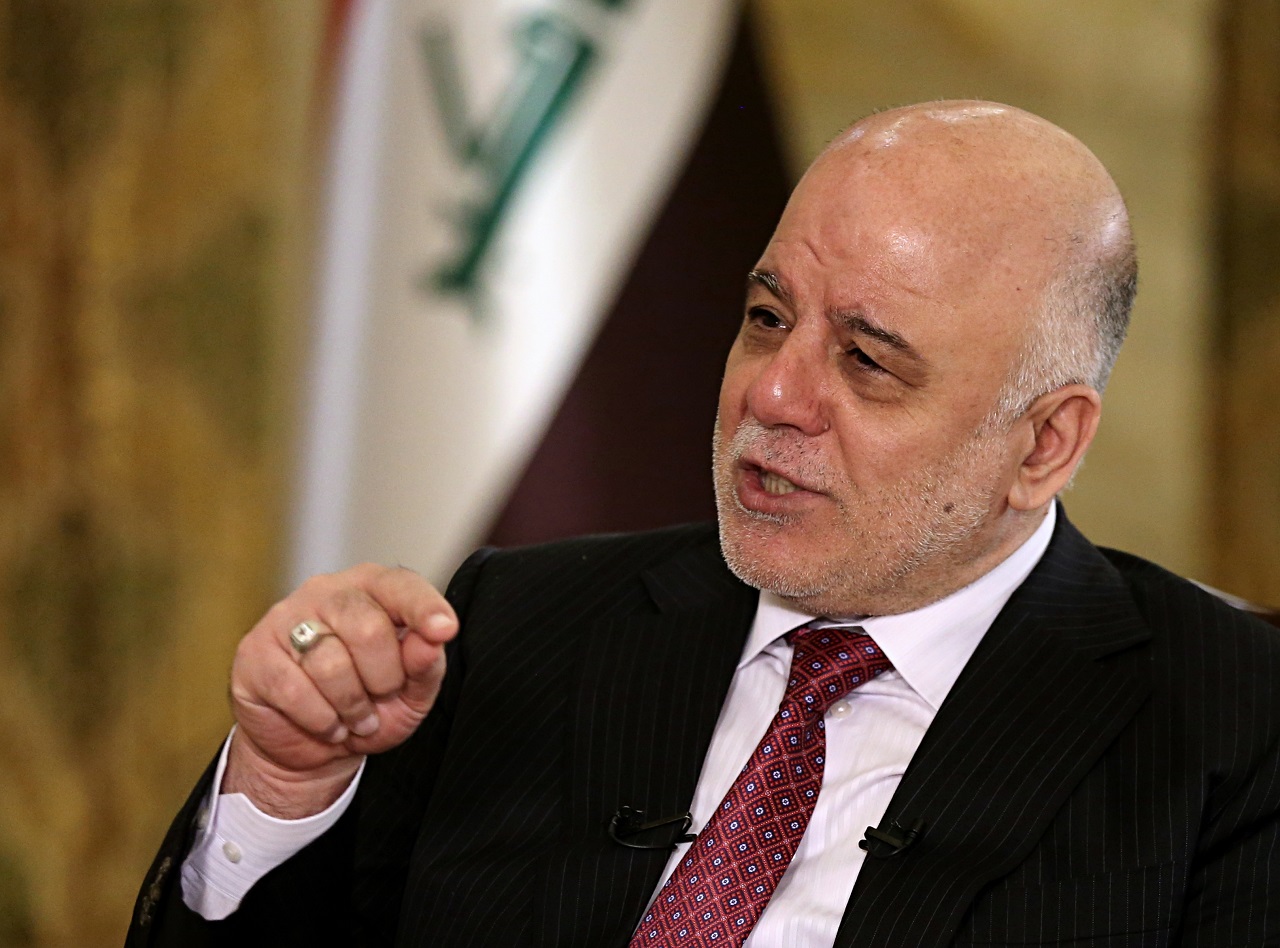 Turkish nationals make up half of the hundreds of families being held in a camp near Mosul for suspected links to the Islamic State group, Iraqi Prime Minister Haider al-Abadi said in an exclusive interview with The Associated Press Saturday.

The Iraqi leader also confirmed that the German teenage girl found in Mosul last month is still being held in a Baghdad prison and may face the death penalty.

At the camp near Mosul, Iraqi forces are holding 1,333 women and children who surrendered to Kurdish forces. The families handed themselves over after an Iraqi offensive drove the extremist group from the northern town of Tal Afar, near Mosul at the end of August.

Many of those detained at the camp are not guilty of any crime, al-Abadi said and his government is "in full communication" with their home countries to "find a way to hand them over."

So far, al-Abadi said, Iraq has repatriated fewer than 100 people.

"But we are working very hard to accelerate this. It is not in our interest to keep families and children inside our country when their countries are prepared to take them," he added.

Sixteen-year-old Linda W. ran away last summer from her hometown of Pulsnitz in eastern Germany after communicating with extremists from the Islamic State group online. She was found in the basement of a home in Mosul's Old City by Iraqi forces, arrested and brought to Baghdad.

Iraqi intelligence officials told the AP the girl allegedly worked with the IS group's police force.

Al-Abadi said Iraq's judiciary will decide if the teen will face the death penalty.

"You know teenagers under certain laws, they are accountable for their actions especially if the act is a criminal activity when it amounts to killing innocent people," Al-Abadi said.

The German teen is being held in a prison at Baghdad's airport together with other foreign women found in Mosul, including citizens from Belgium, France, Syria and Iran. Hundreds more non-Iraqi women with IS links and suspected of carrying out terrorist attacks are being held at a prison in the Mosul area, Iraqi officials told the AP earlier this week.

Also this week, Baghdad's central criminal court sentenced a Russian national to death by hanging for his membership in the IS group.

The individual was tried under Iraq's anti-terrorism law and confessed to carrying out "terrorist operations" against Iraqi security forces since 2015, said Abdul-Sattar Bayrkdar, spokesman for Iraq's supreme judicial council.

Iraqi has repeatedly faced criticism for its use of the death penalty. Iraq consistently ranks among the top countries in the world in numbers of executions.

When al-Abadi attempted to fast-track death sentences in 2016, the United Nations warned the move would likely result in "gross, irreversible miscarriages of justice ... given the weaknesses of the Iraqi justice system," according to a statement from U.N. High Commissioner for Human Rights Zeid Ra'ad Al Hussein.

Tens of thousands of foreigners traveled to Iraq and Syria to live in the IS group's self-styled Islamic caliphate. As the territory under IS control has rapidly shrunk over the past two years, Iraqi forces have arrested and detained thousands of men, women and children for suspected IS links.

Iraqi forces retook the country's second largest city of Mosul from the extremists in July, leaving only scattered pockets of IS held territory in Iraq.