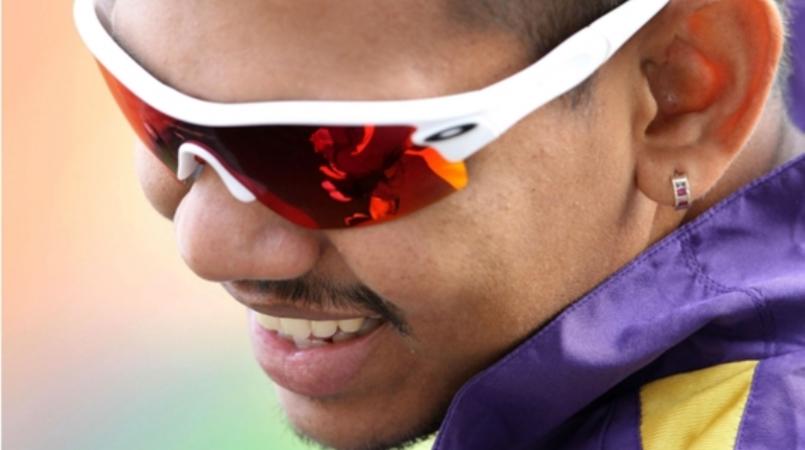 As a result of the victory, Kolkata Knight Riders pulled level with Sunrisers Hyderabad at the top of the IPL standings.

The Royals came into the fixture on the back of consecutive victories but were unable to extend that run against a Knight Riders side which now sit alongside the Sunrisers on six points, although they have played two more matches.

D'Arcy Short (44) and Ajinkya Rahane (36) had appeared to put the visitors on a sound footing in Jaipur, while Narine was uncharacteristically impotent with ball in hand, finishing with bowling figures of 0-48.

Narine returned with the bat at the top of the order to make amends as he combined with Robin Uthappa (48) for a second-wicket stand of 69, after Chris Lynn fell for a duck just three balls into the Knight Riders' response to the Royals' 160 for eight.

And that laid the foundation for a run chase that was ultimately comfortable, with Nitish Rana (35 not out) and Dinesh Karthik (42no) also making impressive contributions as the hosts surpassed their target with seven balls to spare.

Jamaica and West Indies all rounder Andre Russell did not bat.

The Knight Riders' time at the top could be short, with the Sunrisers set to face Kings XI Punjab on Thursday.

NARINE MISSES OUT ON MILESTONE

Narine's off-colour bowling display cost him the opportunity to bring up his 100th IPL wicket.

Having conceded no more than 18 runs in his previous three matches this season, the West Indies man took just one over to match that figure on Wednesday.

Indeed, these were his most expensive IPL figures, perhaps compounded on a personal level by the fact all of the Knight Riders' other bowlers took at least one wicket.

Sanju Samson was the star of the show when the Royals got the better of Royal Challengers Bangalore last time out, hitting an unbeaten 92 off 45 deliveries.

The promising batsman had racked up at least 37 in each of his three IPL matches this season prior to Wednesday's outing.

However, he could not replicate that form against KKR, dismissed by Shivam Mavi for just seven after barely an over at the crease.