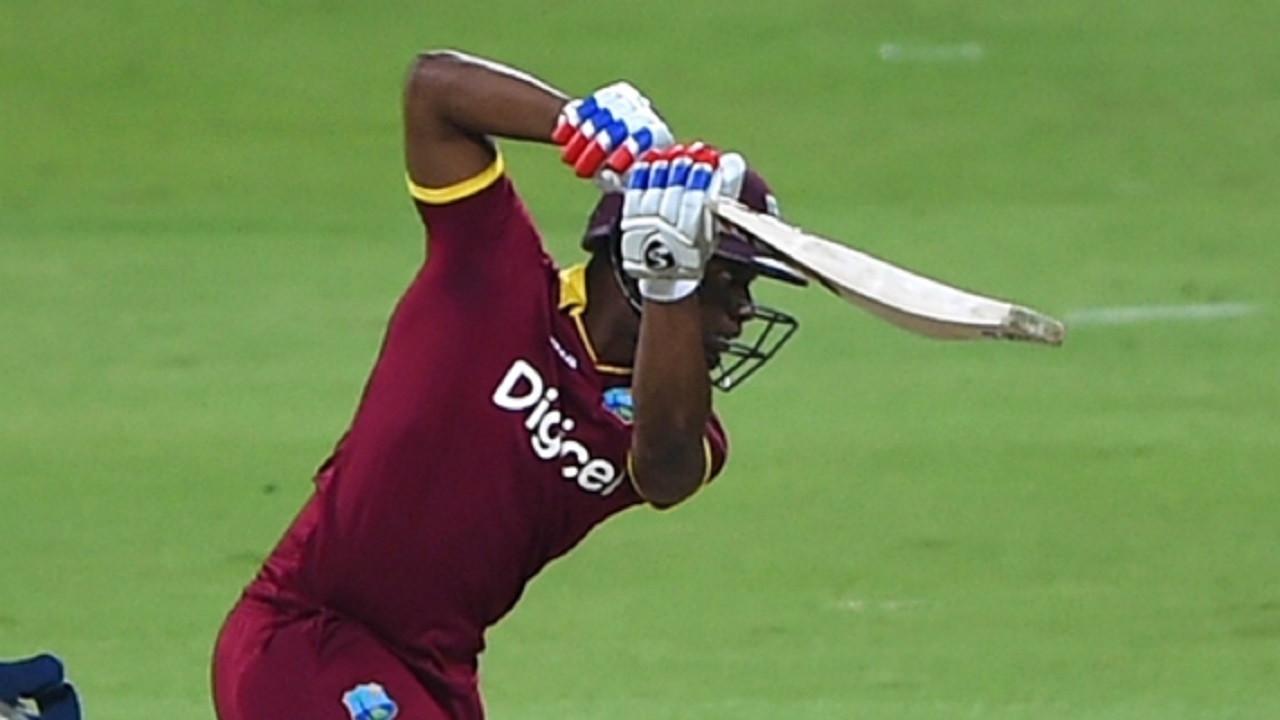 West Indies opener Evin Lewis and Rohit Sharma hammered half centuries to lead defending champions Mumbai Indians to a 46-run victory over Royal Challengers Bangalore in the 14th match of the 2018 Indian Premier League (IPL), at the Wankhede Stadium on Tuesday.

It looked as though they would be set for more disappointment as they made a desperate start, losing wickets to the first two balls of the game, but Sharma and Lewis countered brilliantly and propelled the hosts to a massive 213 for six.

Skipper Rohit thrashed 94 from only 52 balls, hitting 10 fours and five sixes but fell at the end as he chased triple figures, Lewis having departed earlier for a 42-ball 65.

Without Brendon McCullum, Virat Kohli opted to open and it was a decision that paid off as he made 92 not out to become the IPL's all-time leading run-scorer, but he did not receive the requisite support as RCB finished 167 for eight and fell to a third defeat in four.

Umesh Yadav picked up three wickets in an over against Kings XI last week, and he got off to a remarkable start in this encounter - clean bowling Suryakumar Yadav and Ishan Kishan with the first two deliveries.

Both batsmen were cleaned up through the gate as they attempted booming drives through the off side, before Rohit successfully negotiated the hat-trick ball.

He and Lewis instantly set about swinging the clash in their favour, and Mumbai had progressed to a more than respectable 60 for two at the end of the powerplay, thanks in part to one Washington Sundar over that yielded 19.

Lewis eventually perished, having crashed six fours and five sixes, but Rohit maintained the momentum and was joined by Hardik Pandya in the penultimate over.

Chris Woakes had dismissed Kieron Pollard and thought he had two in two as Pandya was given out caught behind first ball.

He immediately reviewed and although the snickometer showed the smallest of tremors as ball passed bat, the decision was overturned. To rub salt into the wound for Woakes and a furious Kohli, Pandya dispatched the next two deliveries over the ropes.

There were concerning scenes as Mumbai wicketkeeper Kishan was struck in the face by a throw that bounced up awkwardly off the turf and substitute Aditya Tare had to take over with the gloves.

That stoppage did little to affect Kohli's concentration, as the captain continued his one-man assault on the Mumbai attack.

His seven fours and four sixes were a lone beacon of hope for RCB, however, as Krunal Pandya (3-28) built on the earlier good work of Mitchell McClenaghan, who had removed dangermen Quinton de Kock and AB de Villiers in the space of four balls.