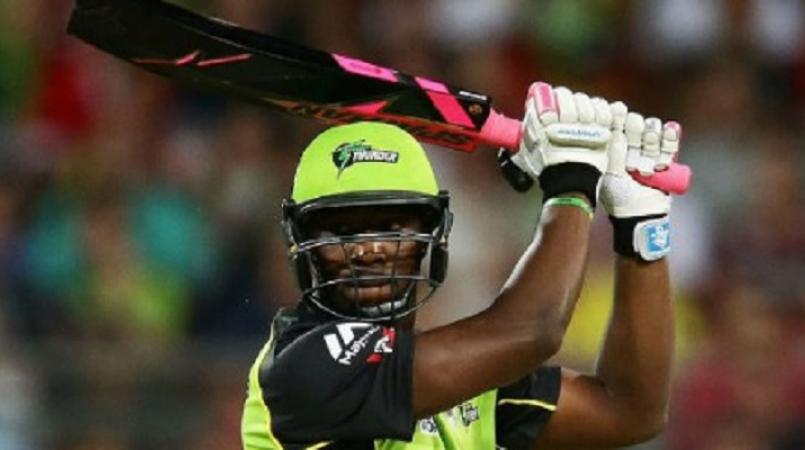 West Indies players Andre Russell of Jamaica and Sunil Narine of Trinidad and Tobago starred in the Indian Premier League on Monday to lead Kolkata Knight Riders (KKR) to a 71-run drubbing of Delhi Daredevils at Eden Gardens.

Narine failed with the bat after being sent in to open, but the West Indies spinner more than made up for it with the ball, taking three for 18 to reach the century landmark and claim the purple cap as the Daredevils were bowled out for only 129.

Nitish Rana (59 from 35 balls) made a half-century and Russell smashed a brutal 41 from only 12 deliveries to get KKR up to 200 for nine, Rahul Tewatia claiming impressive figures of three for 18.

Glenn Maxwell made a brisk 47 and Rishabh Pant 43, but Kuldeep Yadav (3-32) also took three wickets as the Knight Riders secured a second victory and made it a miserable homecoming for Gautam Gambhir.

Russell bludgeoned an unbeaten 88 from 36 balls in a defeat to Chennai Super Kings last week and cut loose again in Kolkata.

The big-hitting Russell smashed six sixes, Mohammed Shami in particular coming in for some treatment while Jason Roy was left to rue putting down a difficult chance to remove the dangerman when he had only seven to his name.

Russell launched Shami for three maximums in an over before he was cleaned up by Trent Boult in the 18th and three wickets in the last over from Tewatia came too late in the day.

Rana made his first half-century for the Knight Riders, clearing the ropes four times and hitting another five boundaries in an excellent 35-ball knock.

Former KKR captain Gambhir was given a warm welcome on his return, but his stay at the crease proved to be short.

Shivam Mavi snared the former India opener, who chopped on from a short and wide delivery to give the teenager his first IPL wicket.

Pant and Maxwell flexed their muscles but failed to build on starts, the Australia all-rounder stomping off in a rage after slapping Yadav to Robin Uthappa at midwicket.

Narine took over as the leading wicket-taker in the tournament, striking twice in his second over to leave KKR on the brink at 117-8.

The spin wizard joined the 100 club when Chris Morris attempted a big hit over extra cover but made no contact and heard the death rattle.

Narine then flummoxed Vijay Shankar, who was trapped leg before two balls later, and also got rid of Shami as Delhi slumped to a third defeat out of four.