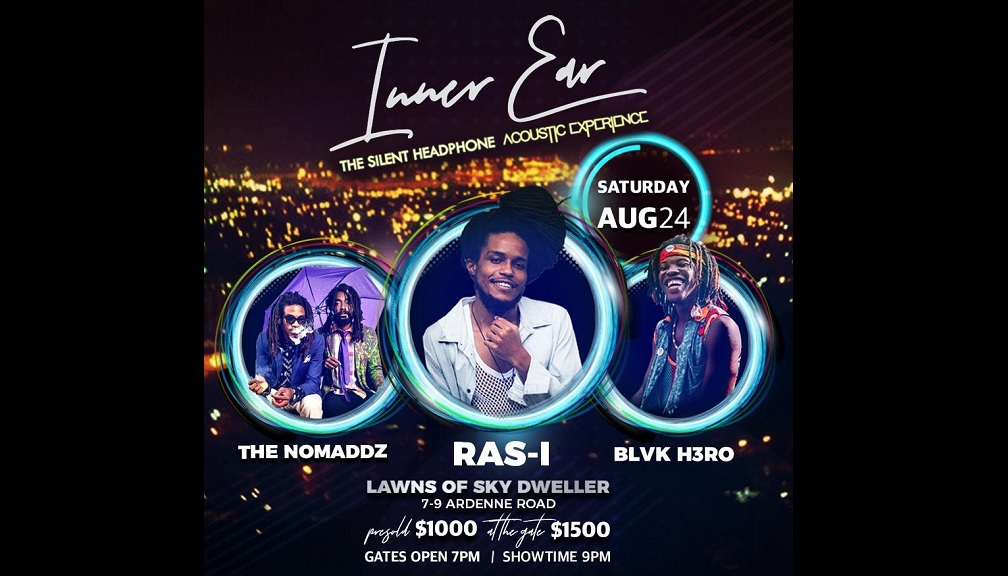 The glow from over 300 silent headphones lit up the night as the Inner Ear acoustic experience took over the lawns of Skydweller in St Andrew last Saturday.

Tooted as the ultimate experience conceptualized by Immanuel ‘Ras-I’ Kerr and Sean Wedderburn, the concert organisers promised to transform the music experience for patrons. Promise fulfilled.

The event kicked off with the soulful voice of Blvk H3ro as he performed his hit singles including ‘Mama,' ‘Superstition' and ‘Feet Don't Fail.' The freestyle guru set the pace and atmosphere at an all-time high as patrons locked into his conscious lyrics and free-flowing one drop freestyles.

Jamaica's very own roots and reggae dub poetry band, The No-Maddz, then kicked it up a notch as they took the audience down memory lane with hits like ‘Poo Puku Poo’ and ‘Shotta.’ Previewing songs from their upcoming album ‘Heaven On Earth,’ they left fans electrified and built anticipation for the release date.

The show closed out with the eagerly anticipated performance by Ras-I, the event’s very own conceptualizer. Reminding patrons of their roots through music, Ras-I impressed upon their minds the need to be grateful and weather life’s daily storms.

His lyrical prowess, coupled with feel-good instrumentals from his band, had patrons singing to the rhythm of his singles including the hit ‘Crazy Over You’. Surprising fans, he featured guest performances from Jesse Royal and Royal Blu. Patrons sang out in unison to his tunes as he sought to close the night with previews of upcoming new music and collaboration with industry leaders such as The No-Maddz.