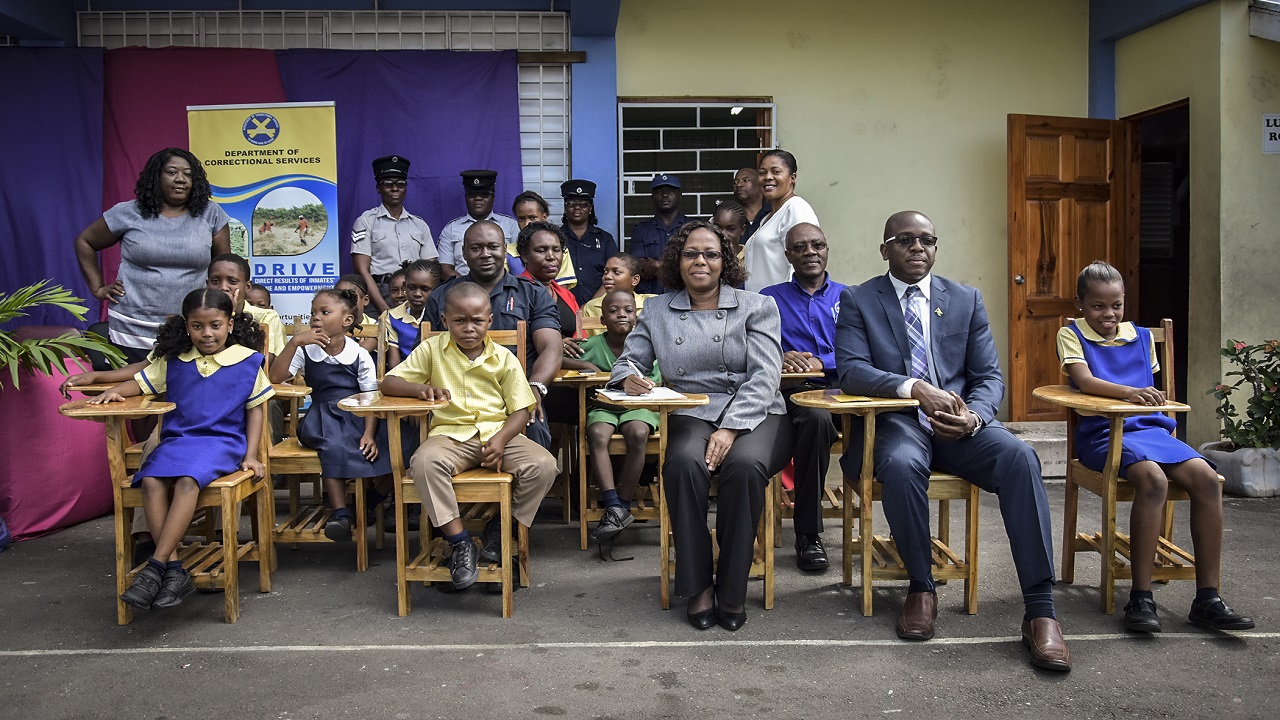 State Minister in the Ministry of National Security Senator Pearnel Charles Jr. and Commissioner of Corrections Ms. Ina Hunter join the students of St. Michael’s Primary School in testing out the brand-new combination desks and chairs.

A total of 26 handcrafted combination desks and chairs were donated to the St. Michelle's Primary School and the St Simon's Primary and Infant School, under the Direct Result of Inmates' Value & Empowerment (DRIVE) programme - a combined initiative of the Ministry of National Security and the Department of Correctional Services.

The DRIVE programme, which is to provide opportunities for inmates to contribute to national development in tangible ways, allows inmates to give back to communities in areas such as agriculture, wood work and road work; such as bushing, painting and general repairs to community buildings.

Speaking at the official launch of the DRIVE programme on Tuesday, February 13 at the St. Michael’s Primary School in Kingston, State Minister in the Ministry of National Security, Senator Pearnel Charles Jr. said the Ministry, through the Department of Correctional Services, was on a mission to communicate to the public that inmates were cognisant of the fact that, although they had made mistakes in life they had a desire to play their part in the development of Jamaica.

"We want to make a clear statement to Jamaica, that people who make mistakes deserve a second chance and to contribute to our country. These inmates want to use the skills that they had on arriving at the institutions, or those they have learnt as part of their rehabilitation process, to make a difference to this country, when they leave the institutions," he said. 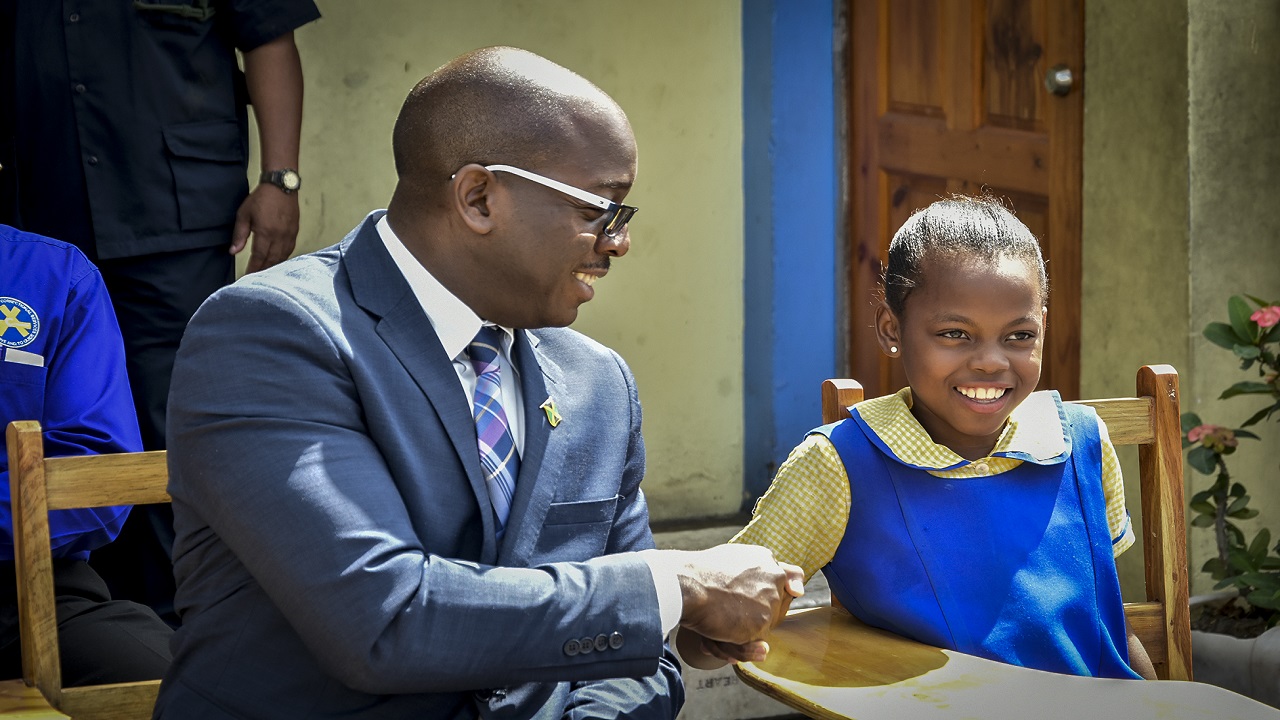 Student of St. Michael’s Primary School warmly shakes hands with State Minister in the Ministry of National Security Senator Pearnel Charles Jr. Jr, during the handover of 16 handcrafted combination desks and chairs which were made by the inmates of the St. Catherine Ault Correctional Centre under the Direct Result of Inmates' Value & Empowerment (DRIVE) programme.

Senator Charles Jr., also noted that although the Department of Correctional Services had been contributing to the communities in which it operates prior to the launch of the DRIVE programme, the initiative was introduced to allow the correctional officers and inmates to extend services outside of the institutions.

Principal of the St. Michael's Primary School, Juliet Campbell-McPherson expressed gratitude at receiving the combination desk and chairs, which she described as an example of ‘sterling and exemplary work’ and noted that they would also be put to good use.

The combination desk and chairs were built by 14 inmates from the St. Catherine Adult Correctional Centre, all of whom are actively involved in the institution’s woodwork programme, as part of its rehabilitation process.

Superintendent Herbert McFarlane, who is in charge of the facility, noted that the inmates were excited to give back to Jamaica in such a meaningful way. He stated the DRIVE programme was one that could motivate the inmates for good.

Security Ministry initiative to get HEART certification for inmates

Charles hails sense of purpose within the correctional fraternity