Injuries behind him, De Grasse ready to pick up where he left off 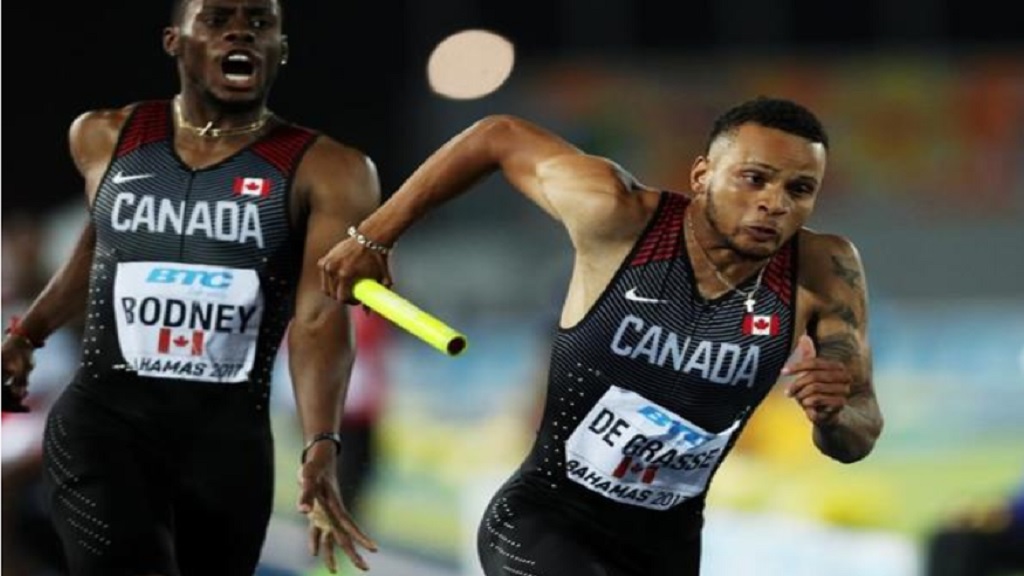 It is coming up to three years since Canadian sprinter Andre De Grasse earned three Olympic medals - 200m silver, 100m, and 4x100m relay bronze - indicating he could be a dominant force for years to come.

Those sublime Rio performances, however, were followed by massive disappointment due to a lingering hamstring problem and a severe bout of mononucleosis. In the interim, a handful of young rivals have emerged - Americans Christian Coleman, Noah Lyles and Ronnie Baker, Britons Zharnel Hughes, and Miguel Francis, plus South African Clarence Munyai. More are expected to emerge this year.

And that’s not counting Trayvon Bromell, who shared the 2015 World Championships 100m bronze with De Grasse. Achilles problems which surfaced during the Rio Olympics and which required surgery in 2018 are behind him. All this might suggest that De Grasse is an underdog as he makes his comeback.

“I have actually never heard that. That’s the first time someone has told me I am an underdog,” the 24-year-old says, laughing at the suggestion.

“Everyone, I guess Christian and Noah, they had a great season last year so I think they will have a bit of pressure on them from their country. I think it is going to be fun, it's going to be competitive. Every day I get messages that everybody is just waiting for my return and waiting for me to get back on my feet.”

As his season debut 200m race in Grenada on April 13 demonstrated, he is back. Although he was beaten by Francis, he ran a solid 20.20, his fastest ever season opener. The world championships are not until October so he has plenty of time to refine his form.

At home in Canada, he has been the poster child for athletics with media gushing over his performances and designating him the ‘heir apparent’ to Usain Bolt. His hometown named a street after him. Sponsors queued up. But after back-to-back low key seasons, he decided a change was in order.

In October last year, he switched coaches, deciding to relocate to Jacksonville, Florida, where he is now working with Rana Reider in a training group that includes Briton Adam Gemeli and Jamaican Tyquendo Tracey, both sub-10 second 100m runners.

"I was just trying to get a new training environment,” said De Grasse, who eight months also became a father to a daughter with partner Nia Ali, the 2016 Olympic silver medallist.

“It didn’t work out as much (with McMillan). We had a great run; the first couple of years were great. 2016 and even the first half of 2017 were good, until the injury.

“Every coach is different,” he continued. “I am not trying to bash Stu or say anything negative about what I do with Rana that I didn’t do with Stu. But everyone has their own philosophy and I just buy in and stick with what the coach wants me to do and go from there. Rana has done a great job with all different types of athletes.”

Though his personal 100m best is 9.91, he has targeted the Canadian record of 9.84 held jointly by 1996 Olympic champion Donovan Bailey and two-time world indoor 60m champion Bruny Surin.

“If you are winning races you are going to get personal bests from that. I want to improve in the 100m and break the Canadian record,” he declares. “It has been on my radar for the last year. Definitely, I believe I can do that. I guess I want to make it tougher for the next generation and keep bringing down my 200m record. Those are some great goals for me but of course the most important one is winning. If I can win the times will come.”

De Grasse knows his present times indicate his best distance is the 200m. But he has no plans to focus on the 200m - at least over the foreseeable future.

“No, not at all. If anything it would be the opposite,” he laughs. “(Maybe) Later on in my career when I am old, and I can’t train as hard anymore, but definitely not now. Definitely both will be my focus.”

“Definitely the ultimate goal would be if I could win the Tokyo Olympics 100m, win the 200m and we have a great relay team, it would be great to have a sweep. I just take one step at a time and focus on what I can control and focus on this year first.”