India set to make history despite rainy day in Sydney 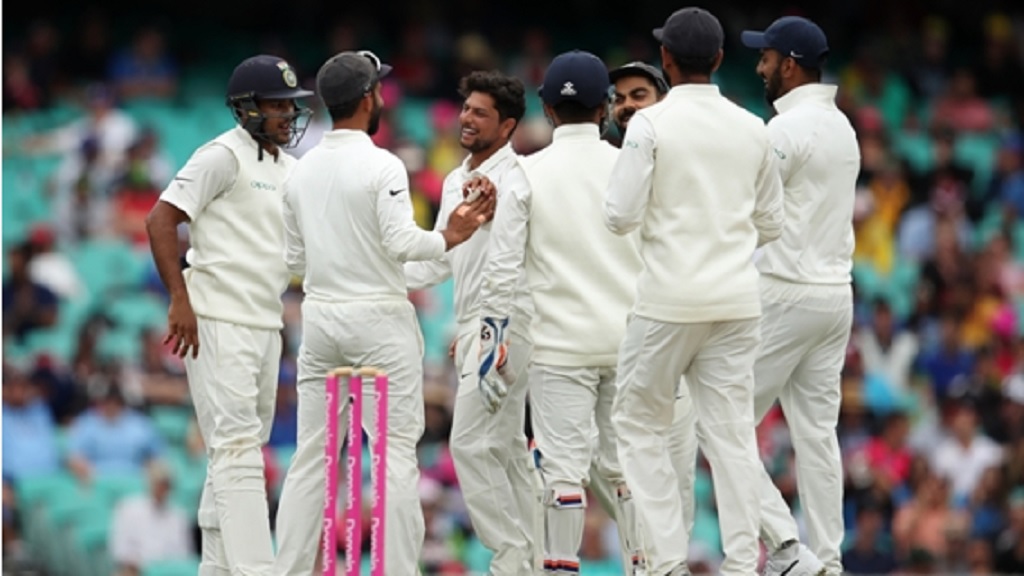 India are set to make history in Sydney despite a frustrating day four of the fourth Test against Australia on Sunday.

Only 25.2 overs were bowled as rain and bad light led to a late start and early finish at the SCG.

But it was enough time for India – who have already retained the Border-Gavaskar Trophy – to bowl Australia out for 300 in their first innings and enforce the follow on.

The hosts got to 6-0 before an early tea was taken due to bad light, and play was abandoned for the day without a ball being bowled in the final session.

They still trail by 316 runs, with India set to win a Test series in Australia for the first time.

Kuldeep Yadav (5-99) grabbed a five-wicket haul in the first innings for India, who took four relatively quick wickets to bowl Australia out.

Mitchell Starc (29 not out) and Josh Hazlewood (21) did manage to frustrate the tourists with a 42-run partnership for the final wicket.

Australia were then forced to follow on in a home Test for the first time since 1988, but Usman Khawaja (4) and Marcus Harris (2) survived four overs.

Holding a 2-1 series lead, India will look to make it 3-1 on Monday, although another gloomy day is forecast in Sydney.