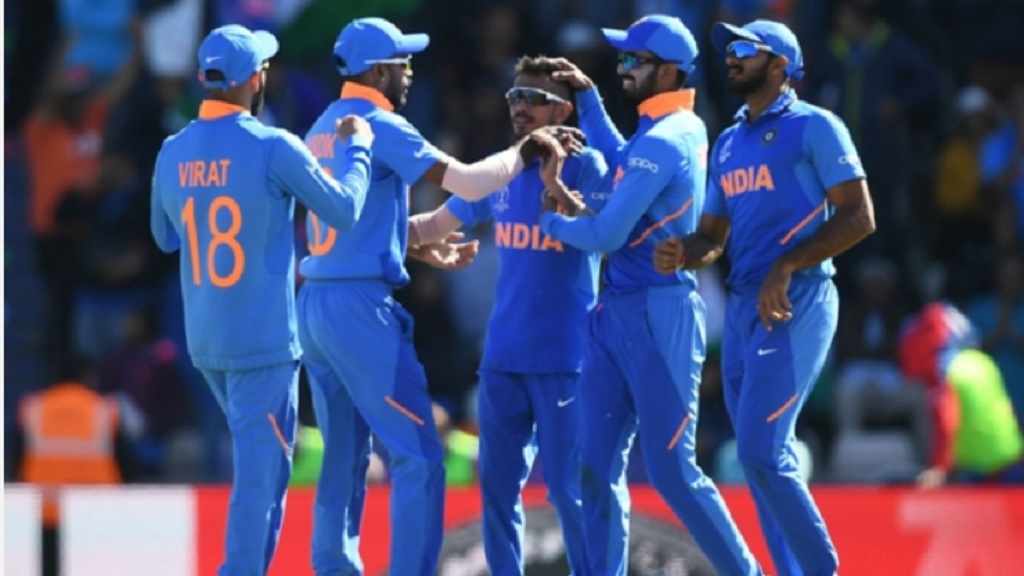 India recovered from a heavily subdued batting performance to edge Afghanistan by 11 runs and avoid a major upset at the Cricket World Cup on Saturday.

England had plundered close to 400 against Afghanistan just four days prior and the underdogs could have been forgiven for fearing another onslaught when Virat Kohli won the toss and opted to bat at the Rose Bowl.

But their attack, superbly led by front-line spin trio Mujeeb Ur Rahman, Mohammad Nabi and Rashid Khan, kept India's much vaunted line-up in check as the 2011 champions were held to just 224-8.

Kohli's 67 from 63 balls was the top score – the India captain the only man to finish with a strike rate above 100 – while Kedar Jadhav also contributed 52 from 68 as Mujeeb (1-26), Nabi (2-33) and Rashid (1-38) bounced back brilliantly from having conceded an ODI record 25 sixes against England on Tuesday.

Needing just 4.5 runs per over, Afghanistan adopted a patient approach in the face of some disciplined bowling but never quite managed to establish a match-winning partnership, Mohammed Shami finishing the game off in style with a hat-trick.

Jasprit Bumrah (2-39) removed set batsmen Rahmat Shah and Hashmatullah Shahidi in one over to leave Afghanistan 106-4 after 29 and even Nabi's 52 off 55 could not rescue the situation.

Needing 16 off the last, Nabi holed out off Shami (4-40), who then cleaned up Aftab Alam and Mujeeb as Afghanistan finished agonisingly short on 213 all out. They are officially out of contention for a top-four finish, while India remain unbeaten and look a sure bet for the semi-finals.

KOHLI A CLASS ABOVE

He is yet to score a century at this World Cup, but Kohli's third consecutive fifty was all the more impressive given the toils of those around him. The skipper still looked fluent on a sluggish pitch, and it was something of a surprise when he chopped Nabi to backward point.

His 0-110 from nine overs against England were the most expensive figures in World Cup history, but Rashid shrugged off that ignominy – which, bizarrely, included being trolled by Iceland Cricket – with an impressive display of skill and character. He conceded only three fours, while Mujeeb was sent to the fence just once and Nabi did not go for a single boundary in his nine overs.

The double-wicket maiden sent down by Bumrah proved a huge turning point in the chase as Rahmat top-edged a pull to deep fine-leg before Hashmatullah offered a return chance that the bowler snaffled at ankle height. Yuzvendra Chahal was similarly decisive, cleaning up Asghar Afghan and having Rashid stumped to finish with 2-36 as India squeezed home.