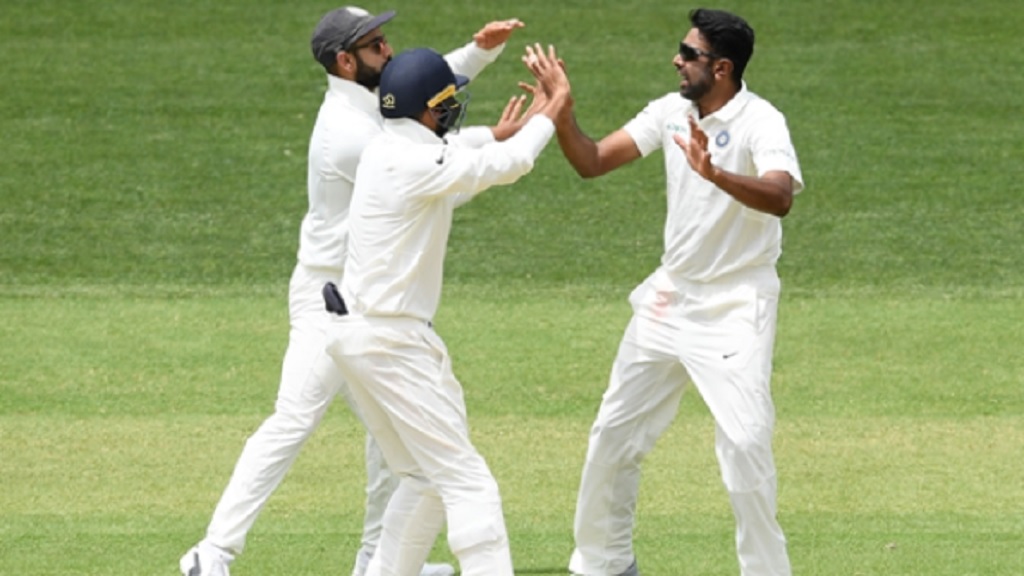 India edged control of the first Test against Australia after enjoying a strong day two in Adelaide on Friday.

On another warm day, several of the hosts' batsmen made starts - Travis Head (61 not out) the most impressive as he claimed his first Test fifty in Australia at his home ground - but they showed just how much they miss suspended stars Steve Smith and David Warner.

Just like India in their first innings, poor shot selection led to the downfall of multiple batsmen as the hosts were left with work to do in the series opener.

Mohammed Shami (6) fell off the first ball of the day to see India, who, aside from centurion Cheteshwar Pujara, lacked discipline and patience on Thursday, dismissed for what appeared to be a below-par 250.

But Australia opener Aaron Finch (0) made the same mistake several India batsmen did on day one, playing on to Ishant after attempting an expansive drive off just the third ball of the innings.

Debutant Marcus Harris and Usman Khawaja showed far greater control to put together a 45-run partnership for the second wicket.

India bowled too short to make the most of the new ball, only for Harris (26) to depart before lunch. The left-hander inside-edged a delivery from Ashwin onto his pad and Murali Vijay took a simple catch at silly mid off.

Marsh (2) looked to drive a wide delivery from Ashwin and played on, the 35-year-old having now scored just 163 runs in his past 13 Test innings.

Khawaja (28) had seemed the most likely to match the important century Pujara made on day one, but he also fell to Ashwin, India needing a review after he gloved a catch to wicketkeeper Rishabh Pant.

Peter Handscomb made a scratchy 34 before he played a poor shot to fall at the hands of Bumrah, while captain Tim Paine (5) got a good delivery from Ishant.

As Pat Cummins (10) provided good support to Head, who showed more intent than any other Australia batsman, the second new ball delivered the breakthrough India wanted, the paceman lbw after not offering a shot to Bumrah.

After entering at 87-4, Head brought up his fifty with cut for a single and guided the team to stumps alongside Mitchell Starc (8no).