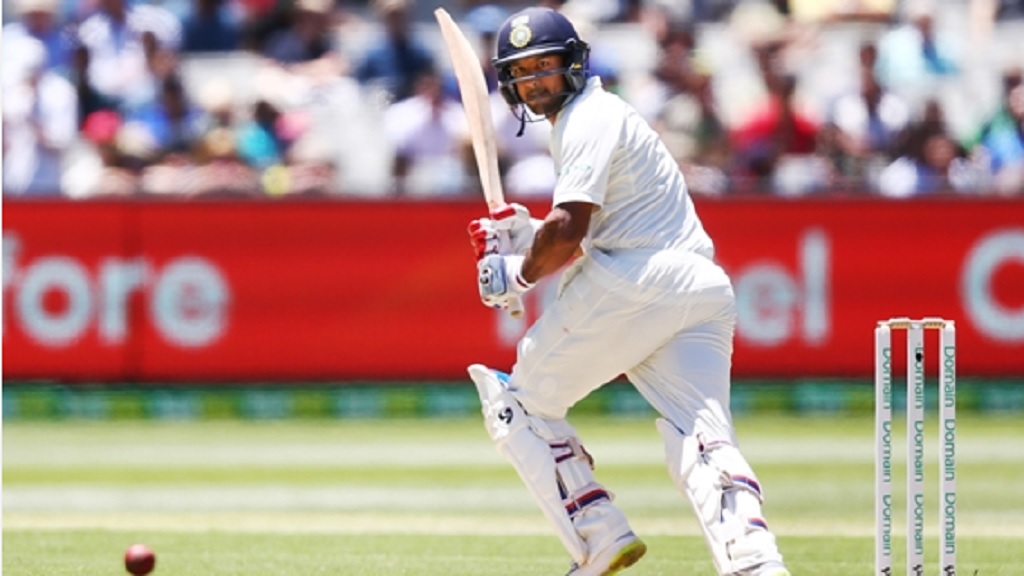 India dominated the opening day of the third Test against Australia as debutant Mayank Agarwal starred on Wednesday.

Agarwal (76) and Cheteshwar Pujara (unbeaten 68) made half-centuries and Virat Kohli (47 not out) also impressed at the MCG on Boxing Day.

India made the most of a flat pitch after electing to bat first, reaching 215-2 at stumps as Australia's bowlers toiled in hot weather.

Pat Cummins (2-40) was Australia's best, although it was mostly short-pitched bowling that looked dangerous.

India decided to bat first on a greenish pitch and from the outset that decision appeared the correct one as a slow wicket offered little for the bowlers.

Agarwal was the more aggressive of India's new opening pair – alongside Hanuma Vihari, who was troubled by short deliveries.

Not long after ducking into a Cummins bouncer to be hit in the helmet, Vihari (8) gloved the paceman and Aaron Finch took a simple catch.

Agarwal and Pujara were untroubled through to lunch and after the break, the former bringing up his half-century with a boundary off Nathan Lyon (0-59).

But just as the pair looked set to reach tea, Agarwal departed in the final over before the break, gloving Cummins through to Tim Paine down the leg side.

Kohli made a flying start to his innings, much to the excitement of the India fans at the MCG, before Australia wasted a review.

Lyon had an lbw appeal against Kohli turned down, the review squandered with replays showing the delivery hitting the captain well outside the line.

The second new ball caused some problems and Mitchell Starc (0-32) almost bowled Kohli with a delivery that came back in.

Kohli was given a life on 47, Paine dropping a tough chance down low to his right after an edge off Starc.

The closing overs were as consistently dangerous as Australia looked all day, perhaps giving them some hope heading into Thursday.