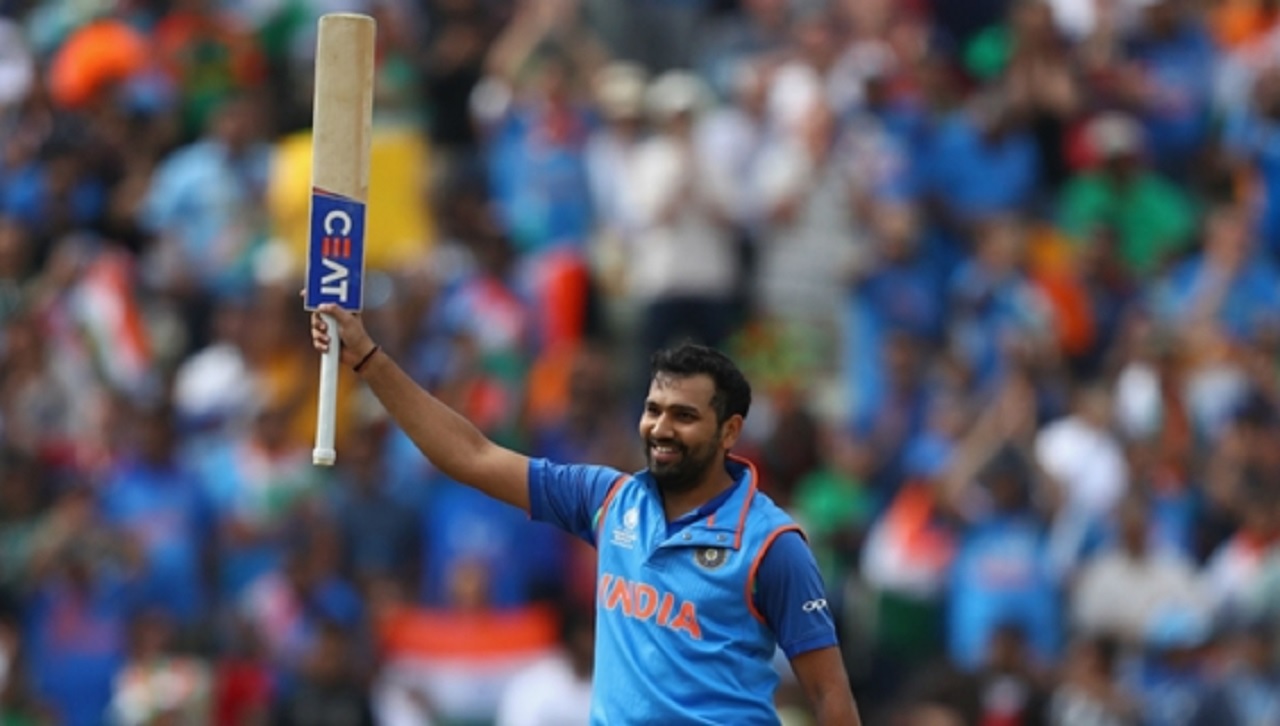 Rohit Sharma hit a stunning century as India eased into the ICC Champions Trophy final against arch-rivals Pakistan with a dominant nine-wicket win over surprise package Bangladesh at Edgbaston on Thursday.

Few had expected Bangladesh to progress to the semi-finals of the competition, but the combination of a washout against Australia and a brilliant victory over New Zealand helped them progress to the last four.

And for some time they appeared in good stead to set an imposing total, Tamim Iqbal (70) again impressing with the bat, but Kedar Jadhav (2-22) claimed his wicket and the key scalp of Mushfiqur Rahim (61) as Bangladesh slumped from 154-2 to 264-7.

That target never appeared a challenge for India, as Rohit's unbeaten 123 and captain Virat Kohli's 96 not out – taking him to 8,000 ODI runs faster than any other player after just 175 innings – powered them to a comfortable triumph.

Soumya Sarkar went for a second-ball duck to Bhuvneshwar Kumar (2-53), who also dismissed Sabbir Rahman (19) cheaply as Bangladesh stumbled out of the gate, only for Tamim to produce the goods again.

Tamim struck a century against Australia and 95 versus England and provided India with similar frustration as he put up a stand of 123 with Mushfiqur.

He provided a glorious demonstration of his versatility as a batsman when he hit Ravichandran Ashwin (0-54) for three successive fours, but Jadhav's second over saw his exit as he missed a slog sweep and allowed the ball to clatter into leg stump.

Shakib Al Hasan (15) lasted just 23 balls and Mushfiqur soon followed by sending a full toss to midwicket. Mahmudullah (21) - a centurion against New Zealand - and Mosaddek Hossain (15) struggled to add to the score but Mashrafe Mortaza's 33-ball unbeaten 30 helped ensure Bangladesh had something to defend.

However, any hope they had of doing that quickly disappeared as the India top order brutally set about their task.

Shikhar Dhawan needed just 34 balls to put on 46 in an opening stand of 87 with Rohit, but his exit offered Bangladesh no respite as Kohli produced the type of outstanding display that has become the norm for the India skipper.

Rohit, meanwhile, showed disdain for the Bangladesh attack as he played excellently off the front foot for 15 fours, his sole pull-shot six bringing up a rapid 111-ball hundred.

Kohli's success on the drive provided an aesthetically pleasing compliment to Rohit's aggression and, though he fell short of three figures, it was the captain who brought up the winning runs by slashing Sabbir for four.

Their crushing win sets up a rematch with Pakistan, and in this kind of form Kohli and India should be exceedingly confident of successfully defending the trophy on Sunday after a 124-run win over the same opposition in the group stage.