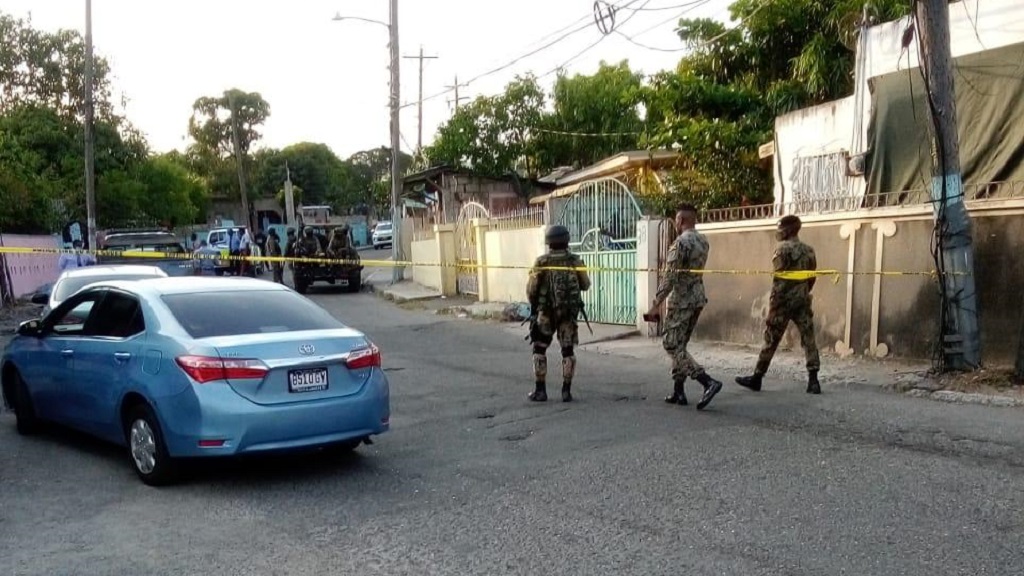 The August Town, St Andrew scene near where a disabled woman was fatally shot on Wednesday.

Investigators from the Independent Commission of Investigations’ (INDECOM) Eastern Regional Office have stepped up their investigations into the fatal shooting of a 44-year-old disabled woman in the August Town community in St Andrew on Wednesday.

Reports are that the woman, identified as Susan Bogle, was killed during a shooting incident between members of a joint police/military team and gunmen.

Bogle was subsequently found in her home with gunshot wounds.

INDECOM said since the incident, all concerned officers have been served with notices to provide statements to the commission.

All weapons from the team involved have reportedly been processed, boxed and sealed, and are to be transported to the Government Laboratory for testing.

INDECOM officials further said its investigators will seek to determine the source and actions that were taken, which resulted in Bogle’s untimely death. It is expected that the ballistics and post-mortem reports will provide further clarity in this regard.

The investigative team is still in the community conducting further enquiries. This includes scene reconstruction and witness canvassing, INDECOM stated.