Inappropriate? D'Angel tongue-lashed for attire in front of young son 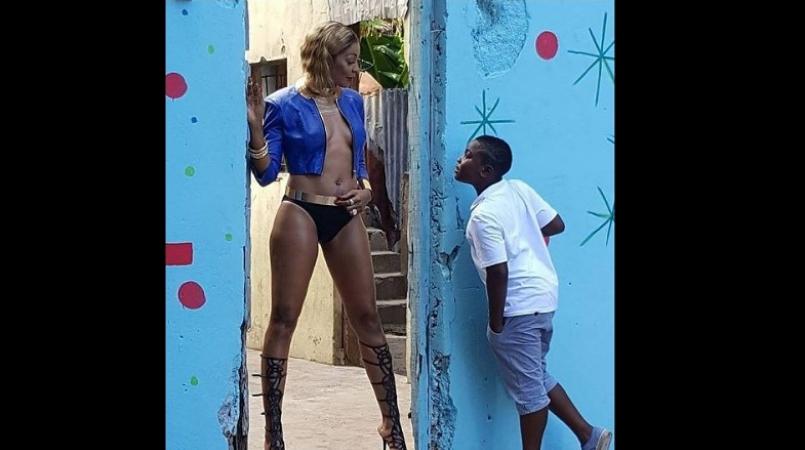 Dancehall artiste Michelle "D’Angel" Downer has come under fire on social media after she posted a photo from her recent ‘Bad Mind Buk’ video shoot on Instagram.

The photo shows a scantily-clad D’Angel standing in a door way with her 10-year-old son Marco Dean captured in the frame.

“Mom staying on the grind,” is how the entertainer captioned the photo which turned many heads, and garnered scores of negative commentary.

Social media users trashed the artiste’s parenting style, noting that she was not properly outfitted in front of her young son.

Many observers bashed the artistes for being “ too sexy” in front of her son, even likening the deejay's attire to that of  a prostitute.

“So going out on a limb here... If a woman is a prostitute/ exotic dancer she should expose her children because she's making her money?” said one commentator.

Others, however, defended the photo as “liberating”.

“This picture is so empowering and it represents so much more than what you're thinking but you cannot see that because you're too focused on what she is wearing,” said one person.

Another commentator was clearly on the fence about her feelings. She noted: “Do I want my son to see me like that? She's hot, though."