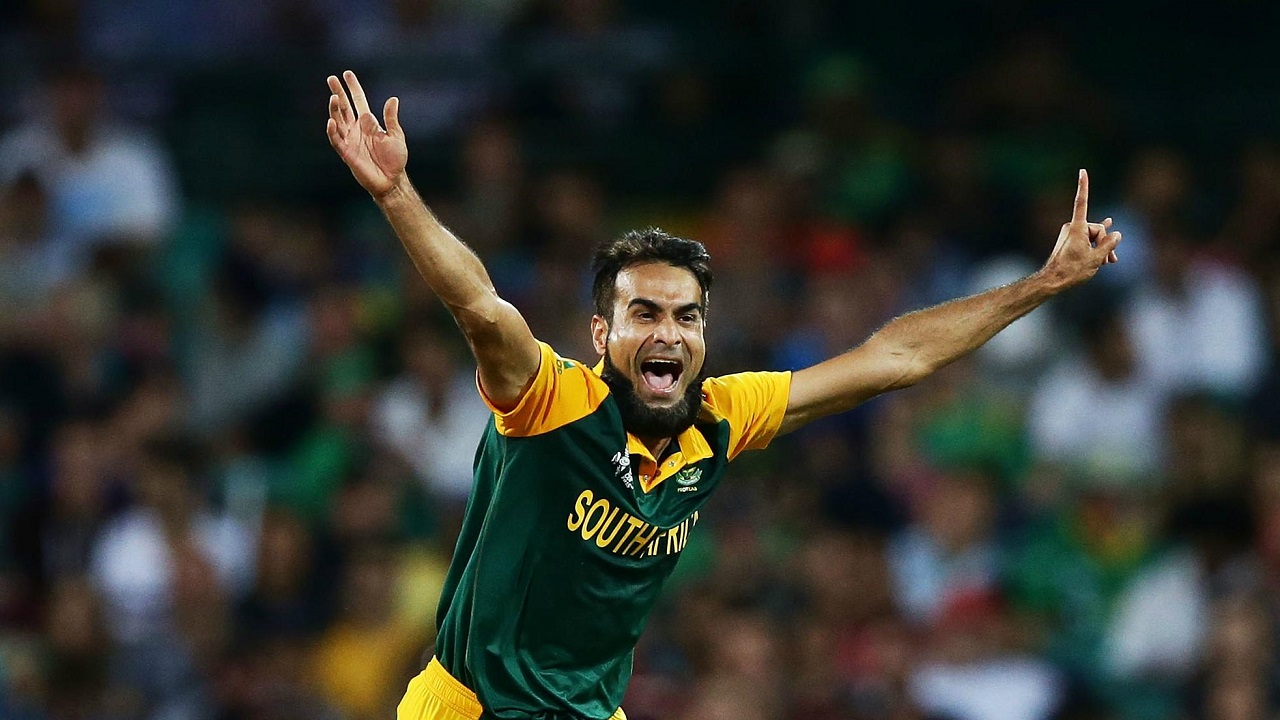 Imran Tahir is currently playing for the Chennai Super Kings in the Indian Premier League, and was hugely successful for the Multan Sultans at the Pakistan Super League.  Soon he will be appearing for the Guyana Amazon Warriors at the Hero Caribbean Premier League.

He is looking forward to this new challenge.

“It’s very exciting for me and I guess it’s very challenging for me as well.  I have been watching CPL on TV for the last couple of years and it looks a very good standard, and I just want to go and express myself and try do well and that’s what I am looking for.”

This will be the first time that Tahir will be playing in the Hero CPL, but he has had some success in the Caribbean in the past. In the 2016 One-Day International tri-series featuring South Africa, Australia and the West Indies he finished with 13 wickets – the most by any bowler in the tournament. He says that success two years ago means he is looking forward to his return and making the most of conditions that suit him.

“I have been there once and I really enjoyed it. It’s spinning friendly so no complaints.  Beautiful islands and people are very nice. I just had a really good time and I’m really looking forward to my second trip.

“Whatever is thrown at you I think you just have to adjust to the conditions, sometimes you are lucky sometimes you aren’t. Most of the time wherever you play in the world you don’t get spinning friendly pitches.  In Guyana you think that you’re going to get a spin friendly pitch, you’re going to do well. But for me that’s part of the challenge because people’s expectations are high and they are looking for that. As a spinner you have to do really well but for me it’s another great challenge. I think the conditions don’t really matter these days because guys are very smart and play a lot of different shots, but it will be a little bit helpful and as I said before it will be a challenge for me.”

Imran Tahir will bring his unique wicket-taking celebrations to the Hero CPL. His joy when he takes a wicket is very clear to see, and Hero CPL fans can look forward to watching his exuberance. He says his celebration is all about his passion for cricket.

“I think if I had to put it in a simple way, I just feel like it’s the passion for the game. It’s been my dream since I was a kid that I wanted to be in that arena where I see all the international players playing around me and I think that’s where I am today.  Every wicket I take is very important for me and I think that’s probably built up inside me and it comes out when I take a wicket.  So look, it’s pure passion for the game, and I just want to carry on doing more celebrations – that means I am taking wickets.”

Those celebrations were particularly energetic when Tahir took a hat-trick at the PSL. Did he think he would ever stop running when that third wicket in three balls fell?

“No, I don’t think so. I think I ended up in front of Mohammad Irfan and you are not going to cross that man!  He’s one of the tallest guys.  Look, it was a great achievement for me from a personal point of view and what I did for the team.”

In recent year’s Tahir has been restricted to appearances for South Africa in white-ball cricket, and he is hopeful that he can contribute to South Africa doing well at the upcoming ICC global events.

“I always have a belief and I have been saying that for the last three or four World Cups I have been honoured to play.  It was just my dream to play international cricket but never thought I was going to play four World Cups so I am grateful to South Africa for giving me the opportunity. I always say that and that’s the belief I have [that we can win the World Cup] with the team we have and the players we have.”

The 2018 Caribbean Premier League will be held from August 8 to September 16.

Trinidad and Tobago to host CPL for the next three years