Improved pass rates for 18 of 34 subjects in CSEC 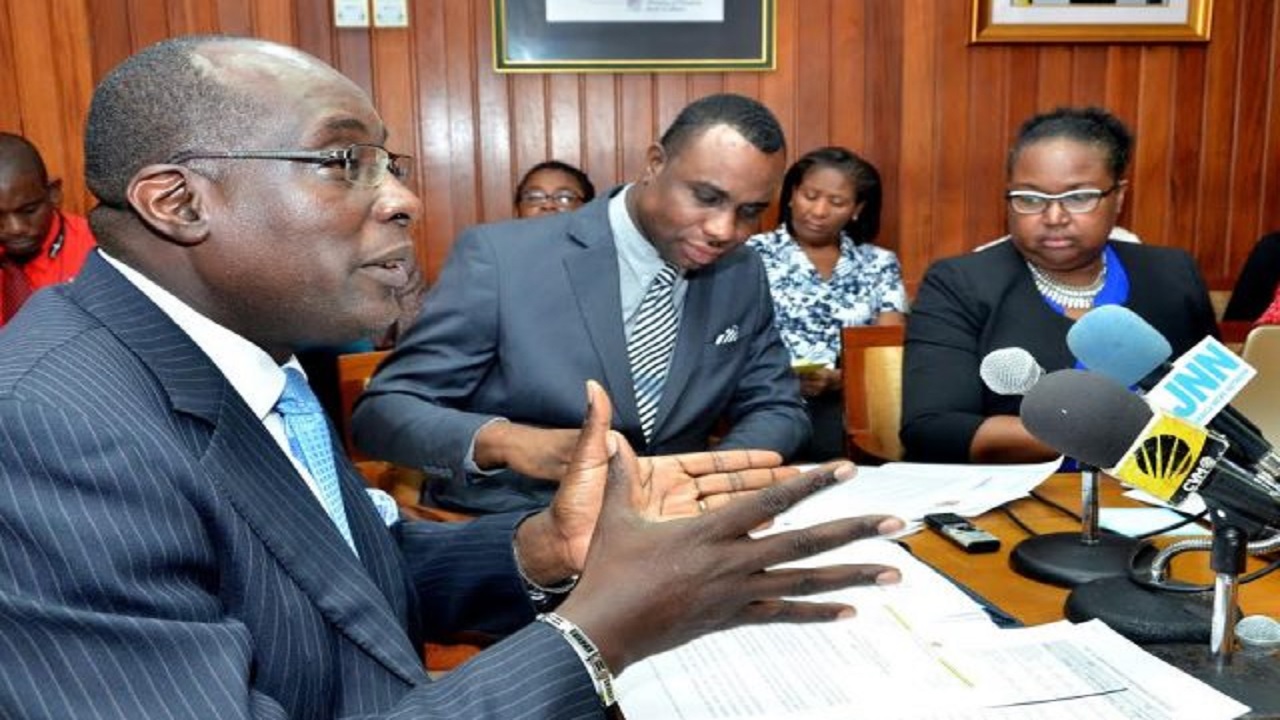 Education Minister Senator Ruel Reid (left), highlights a point while addressing a press conference at his National Heroes Circle offices on Friday. The conference was held to discuss the 2017 results of the CAPE and CSEC examinations. Others (from second left) are: Permanent Secretary, Dean-Roy Bernard; and Chief Education Officer, Dr Grace McLean. (PHOTO: JIS)

Improved pass rates were recorded for 18 of the 34 subjects sat in the Caribbean Secondary Education Certificate (CSEC) Examination this year.

Minister of Education, Youth and Information, Senator Ruel Reid, revealed the results of the exam during a press conference at his National Heroes Circle offices in Kingston, on Friday.

He noted that overall, the highest increase was in Economics, which recorded an improvement of 12.6 per cent.

“There were also increases in the average pass rates for Additional Mathematics (3 per cent); Agricultural Science Double and Single Awards (2.5 and 4.4 per cent); Principles of Accounts (8 per cent); Information Technology (7.3 per cent); Technical Drawing (7.2 per cent) and Theatre Arts (9.3 per cent),” he said.

However, there were declines in English B of 13.2 per cent, and Biology, 12 per cent, compared with the previous year.

Turning to Mathematics and English Language, specifically, Reid noted that these subjects recorded passes of 50.2 and 70.8 per cent, respectively.

This was a 1.1 per cent increase compared to the previous year.