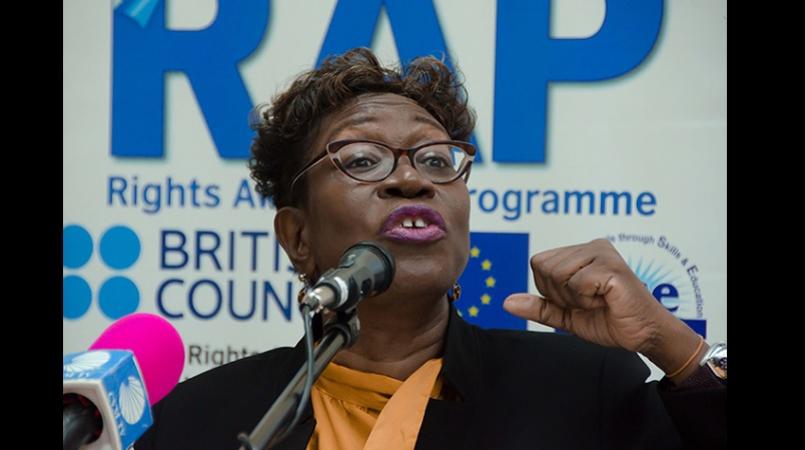 The Director of Public Prosecutions, Paula Llewellyn, who is the lead prosecutor in the Michael McLean murder trial, told the court on Wednesday that the accused man’s fixation with his penis, obeah and a blood sacrifice were the main reasons he killed six members of one family in St Thomas in February, 2006.

She said his ego would not allow him to admit to these things, hence his repeated lies to the court during his ongoing trial.

In recounting the gruesome killings, Llewellyn told the court during closing arguments that five of the victims “met their deaths with a clean cut to the neck.” She described them as lambs to the slaughter who were used as a “blood sacrifice.”

The DPP told the seven-member jury which will now determine McLean’s fate, to look at the totality of the evidence and not the “little pieces” cited by attorney-at-law Carlton Colman, who is providing technical assistance for McLean who had fired him early in the trial, choosing instead to represent himself.

On Wednesday, Llewellyn told the court that the fear that he was becoming impotent caused McLean to murder his girlfriend Terry-Ann ‘Teeny’ Mohammed and her son, as well as her niece and her three children.

According to Llewellyn, McLean’s penis was “extraordinarily important to him.” She posited that the victims met their deaths because McLean wanted to “protect the return of the golden penis.”

In making the link to murder, the DPP said McLean convinced himself that Mohammed was the cause of his back pain and was also responsible for the loss of feeling he had from his navel down to his legs. Llewellyn told the court that the murder accused blamed Mohammed for causing his physical ailments, because of the meal she fed to him which she had received from her obeah man. This ultimately sealed her fate and that of her family members.

Llewellyn said the Crown had a solid case. She urged the jury to not allow McLean get away with murder. She said all six victims are crying out for justice. "These four children and two women did not deserve this," Llewellyn emphasised.

Meanwhile, in his closing arguments earlier on Wednesday, Colman had implored the jury to ignore the prosecution’s case.

He blamed the police for hastily going after McLean instead of conducting a proper investigation to find the real killers.

“They want you to believe that the motive is obeah, but the real motive is violence that ended up in the death of Teeny and her family, yet they did not investigate it,” Colman told the jurors.

He said the prosecution’s case was built on a “slap dash” investigation.

McLean is being tried for the murder of Mohammed, her son, nine-year-old Jesse O’Gilvie, along with Mohammed’s niece, Patrice Martin-McCool and her children, Jihad McCool, Lloyd McCool and Sean Chin.

McCool and two of her children were found with their throats slashed on or near the Prospect beach in St Thomas while the body of Mohammed, which also had its throat slashed, was found in bushes in Needham Pen, also in St Thomas. It also had burn marks. The decomposing body of Jihad McCool was found in a shallow grave in St Mary one week after the murders which were committed between February 25 and 26, 2006.

McLean has been in custody since he was arrested 12 years ago.

'Blood evidence in McLean murder case could have been washed away'