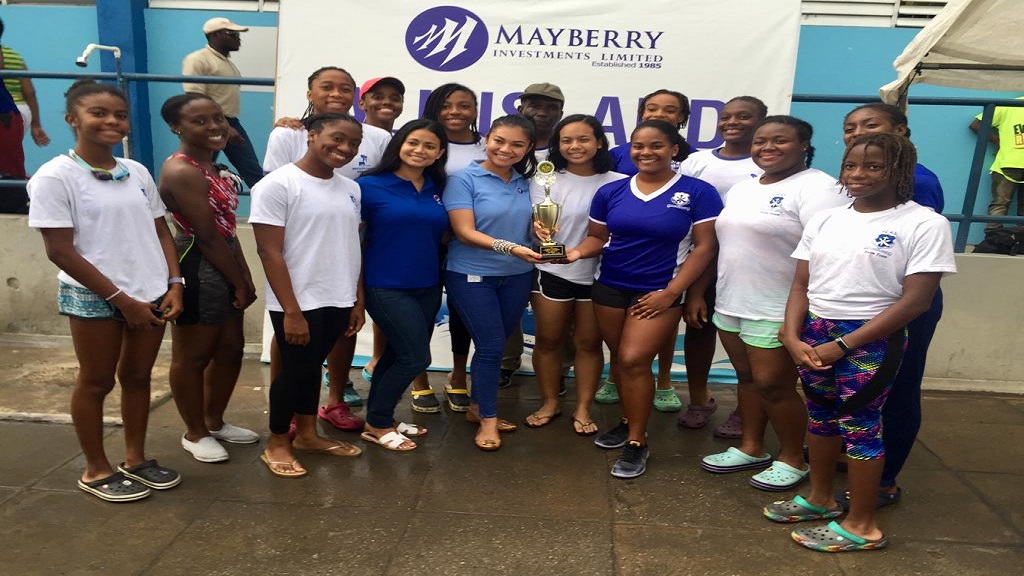 Immaculate Conception High maintained their grip on the girls' championship of the Mayberry All-Island Swim Meet, winning the 2019 edition in convincing fashion at the National Aquatic Centre at Independence Park in Kingston on Friday.

Campion College retained the boys' title with 580 points, 97 ahead of second-place Wolmer's Boys' School (483).  Kingston College (256), Jamaica College (162) and American International High on (38) round off the top five.

In the Girls' 13-14 50m freestyle, Alvaranga touched the wall in a meet record 27.32 seconds to lower the previous mark of 27.75 set by Breanna Roman in 2011. Isabella Sierra (29.82) of Hillel Academy High School was well beaten into second place, while Campion College's Paig'e Lewis finished third in 29.88.

Alvaranga in addition to her medals and records also won the High Point Trophy for scoring the most points in her age -group.

All record breakers are members of the current Carifta Swim Team. The 2019 Carifta Swimming Championships will take place in Barbados from April 11-24.

The Mayberry Prep and Primary Championships will take place on Saturday, also at the National Aquatic Centre.