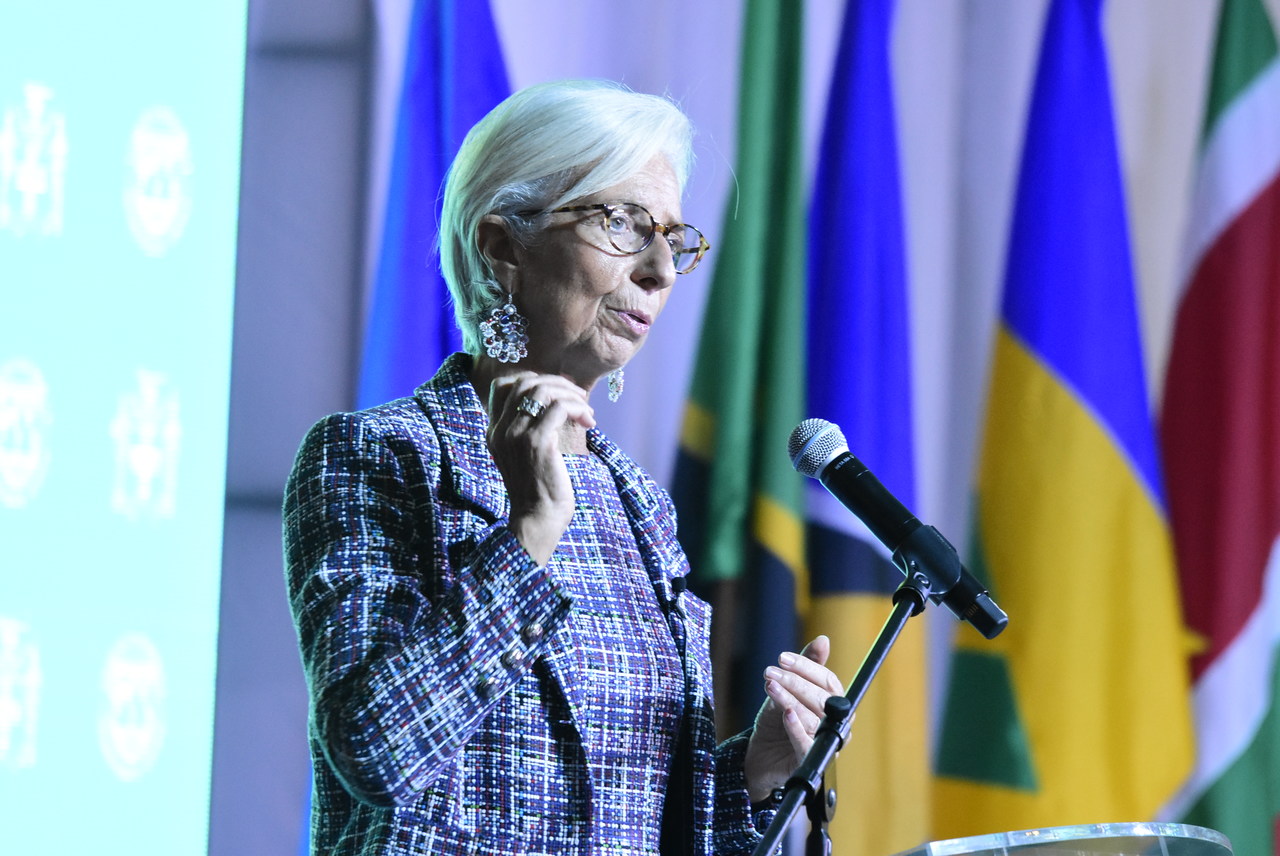 IMF Managing Director Christine Lagarde, posited that negative thinkers said the Jamaica's economic programme under the IMF would not work, and have since been proven wrong.

Managing Director of the International Monetary Fund (IMF), Christine Lagarde, has commended successive Jamaican governments for having implemented sound economic polices under the structural reform programme with the fund.

She also lauded the Government for implementing fiscal councils, such as the Economic Programme Oversight Committee (EPOC), which have increasingly been recognized as tools to promote fiscal responsibility.

The councils have provided independent analysis by monitoring compliance with fiscal rules and requirements under the IMF programme.

Delivering in the opening address of the 2017 High-Level Caribbean Forum staged by the IMF and the Jamaican Government at the Jamaica Pegasus Hotel in Kingston on Thursday, Lagarde had high praise for the initiative.

“From 2013 onwards, the public-private sector committee (EPOC) has played a central role in monitoring Jamaica’s economic reform programmes and building support for it,” she indicated.

At the same time, according to Lagarde, many negative thinkers said the programme would not work, and have since been proven wrong.

“Well they have been proven wrong and I think the courage of the authorities of Jamaica, one after the other, and the inclusive approach taken by EPOC, have been critically important to ensure that the programme is owned, adopted and implemented to the benefit of the Jamaican people,” she said.

Lagarde went on to encourage the Government to stay the course of the programme, drawing from the lyrics of reggae icon, Jimmy Cliff.

“Listen, Rome was not built in a day, opposition will come your way, but the harder the battle, the sweeter the victory now, you can get it if you really want it,” Largade urged.

More photos in the gallery

In her address to the forum, where several regional heads of state were in attendance, Lagarde said while some authorities in the region have made efforts in terms of macroeconomic stability, they have still been unable to record growth.

“Growth is somehow resisting those efforts, and it is a bit of a puzzle as to why that is,” she said.

It was cited that the growth imbalance has caused the Caribbean to be unable to insulate itself from the shocks of natural disasters.

Consequently, the IMF chief said the region should work together to address the challenges that are caused by climate change.

She said the IMF stands ready to help determine the financial needs and provide financial support for Caribbean countries.

‘We are not the suppliers of the massive funding that is necessary, but we can be extremely helpful in catalysing additional funding from donors more equipped to provide that funding,” Lagarde said.

She also used the occasion to make a proposal to help to convene a special event with all the major private and public stakeholders to explore options for building resilience to natural disasters.

“It’s not for pledging funds. That is something that needs to come in due course and (be) initiated by those who can. But to explore the options for building resilience in the region, that includes risk mitigation, debt management strategies, particularly designed bond for the future,” Lagarde said.

She added: “We care for not the short-term fix, not plugging the hole, but thinking about how we can build prevention, precaution, defences going forward, in order to anticipate what is bound to happen again, and perhaps with more veracity than it has (before).”