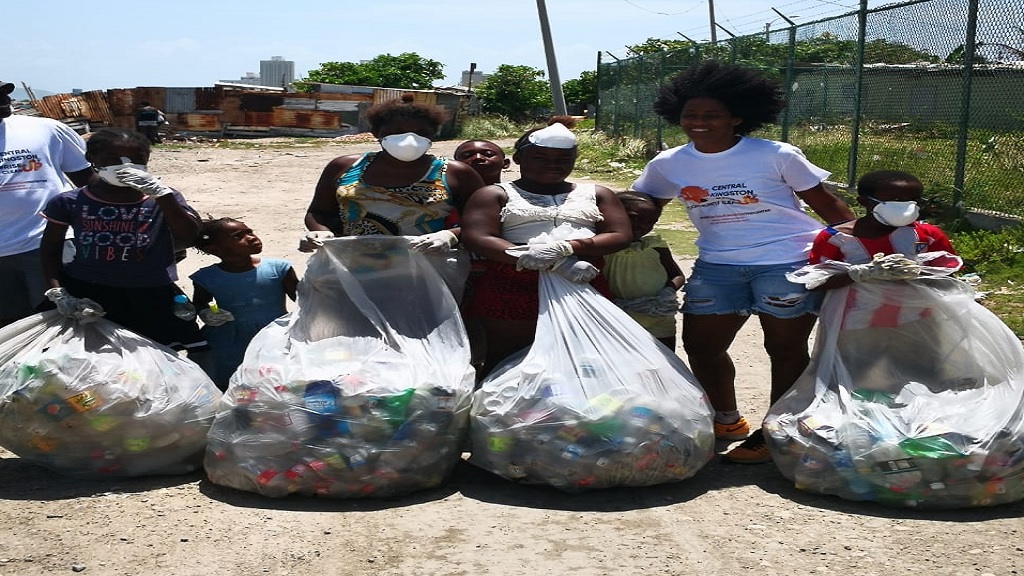 Imani Duncan-Price, who is seeking to replace Reverend Ronald Thwaites as the PNP standard bearer in Central Kingston,  has a launched a three-month long clean-up programme in communities throughout the constituency.

She said the move is geared towards removing build-up of garbage while also engendering the correct way in treating with the environment.

On Saturday, June 8, dozens of residents of the Rae Town community as well as various social and political groups got busy cleaning up the historic community at the launch of the Central Kingston Community Clean Up campaign.

Duncan-Price took time out from her political campaigning to organise and launch the clean up campaign, which kicked off at the Rae Town Beach where residents gathered plastic, metal and other debris.

The clean up campaign will cover seven other communities across Central Kingston throughout the rest of June, July and August, Duncan-Price said in a press release.

“As we seek to build the habits of keeping Central Kingston clean and beautiful; we want to lead Kingston city by example,” she noted.

For the Rae Town Beach Clean Up, 62 persons participated including adults and children.

Another clean up was held in Allman Town earlier this week.

Duncan-Price is among five Comrades seeking to challenge for the Central Kingston seat held by the Reverend Ronald Thwaites who will not be seeking re-election in the next General Election . The others are: Raymond Pryce, Donald Jackson, Joan Porteous and Paul Buchanan.

Five Comrades line up to replace Thwaites in Central Kingston