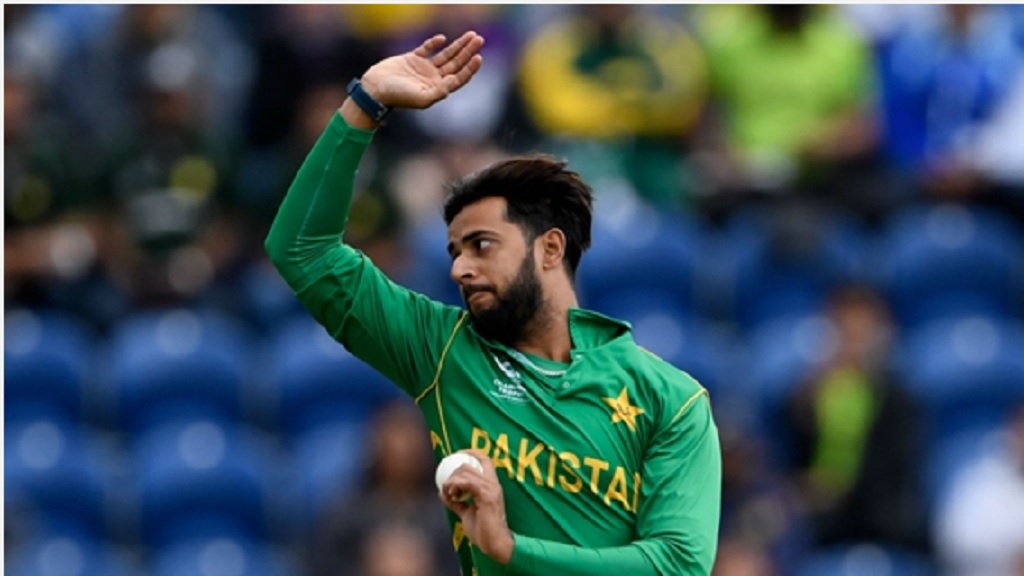 Imad Wasim made up for lost time on his Pakistan comeback as Australia were consigned to a crushing 66-run defeat in a one-sided Twenty20 opener following another shambolic display of batting.

Australia suffered a Test series defeat to Pakistan in the United Arab Emirates last week after they were twice dismissed cheaply and were embarrassed again in the shortest format on Wednesday.

Babar Azam made an unbeaten 68 off only 55 balls, but Pakistan only posted 155-8 after the excellent Billy Stanlake (3-21) and Andrew Tye (3-24) took three wickets apiece.

Australia's hopes of taking the lead in the three-match series were soon over as they made a horrendous start to their reply, slumping to 22-6 with spinning all-rounder Imad taking 3-20 in his first international for a year.

Faheem Ashraf (2-10) also did damage and it was left to Nathan Coulter-Nile (34) to get Australia up to what was their joint-third lowest T20 score of 89 all out.

The rapid Stanlake was rewarded for a hostile opening spell when he bounced out Fakhar Zaman, but a second-wicket stand of 73 between Babar and Mohammad Hafeez put Pakistan in a strong position.

Hafeez was rattled on the helmet by Stanlake early in his knock before taking a stride down the track to smash Ashton Agar for six and Babar ticked along fluently, reaching his half-century off 42 balls.

The dangerous Hafeez fell to D'Arcy Short when looking well set and Asif Ali was trapped leg before by Adam Zampa before Babar - who scored 99 in the second Test - launched Coulter-Nile for six over midwicket.

Tye struck twice in as many balls to see the back of Hussain Talat and Faheem, then Stanlake took two wickets in the next over as Pakistan collapsed to from 130-3 to 133-8.

But Hasan Ali produced late fireworks with 14 off three balls in the final over from Coulter-Nile as a total of 22 was added for the ninth wicket, and Australia were soon in all sorts of trouble in their run chase.

Having been dismissed for a golden duck, Imad wasted no time in making an impact with the ball, Aaron Finch chopping on without scoring and Short also dragging on in a dramatic first over.

Glenn Maxwell soon followed, bowled by Faheem in the fourth, and Ben McDermott was run out in the same over in a nightmare start to Australia's innings.

Things went from bad to worse for the tourists, Alex Carey edging Imad behind and Chris Lynn losing his off stump after being deceived by a Faheem delivery, leaving Australia 22-6 in the sixth over.