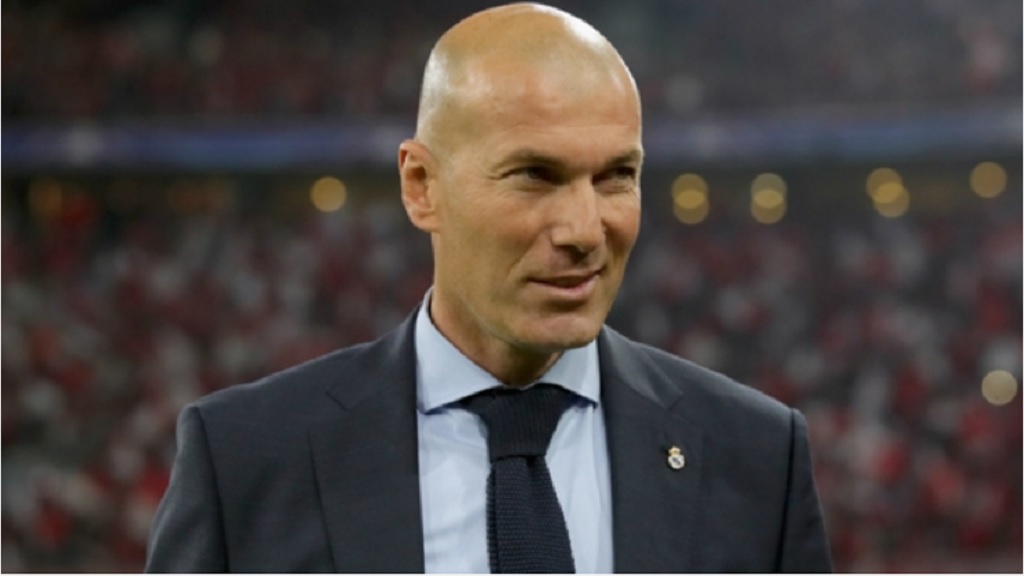 Zinedine Zidane says he returned to Real Madrid because he loves the club and president Florentino Perez and is excited to lead their recovery.

The former France star was confirmed as the shock successor to Santiago Solari on Monday on a three-year deal after the Argentine was sacked as head coach in the wake of damaging defeats to Barcelona and Ajax.

Zidane led Madrid to three consecutive Champions League triumphs and nine trophies in total before he stepped down in May last year, a decision he insists was made "for the good of everyone".

However, he is now eager to get back to work at the Santiago Bernabeu.

"It's a special day for everyone," he said at his presentation. "I'm very happy to come back home. I don't have anything to say - I'm very happy to be back and I want to work to put this club back where it should be.

"I left because a change was needed at end of last season, for the good of everyone, as they had won so much. I returned as the president called me, and I love him, and this club.

"After eight months, I was eager to return to coaching. At the end of [last] season, I made the decision for the good of everyone.

"It's a great responsibility. All the players here love this club a lot, and I am one more, I played with this badge, I won a lot of things."

Madrid lost to Barca in the Copa del Rey semi-final second leg and LaLiga, effectively ending their hopes of domestic silverware, before they were stunned by Ajax in the Champions League last 16.

Zidane is under no illusions as to the task at hand, saying there were disappointments in his final season in charge when they failed to defend their league title or win the Copa del Rey.

"I don't forget what we won, but neither do I forget the bad things," he said. "We lost LaLiga quickly, also the Copa del Rey. We won the Champions League, okay, but I know where I am.

"I'm going to give everything so that this team becomes better."

Perez revealed he approached Zidane five days ago to ask him to return and thanked him for embracing the challenge of leading a "new era".

He also praised Solari for conducting himself with dignity during a difficult end to his time in charge.

"We're going through a tough moment," he said. "These players have given us unforgettable trophies. It's to be proud of and we shouldn't forget what we've fought for to achieve this. Everyone will be remembered by us, always.

"We haven't achieved the results we expected. I want to recognise Solari's work. Until the last moment, he showed loyalty to the club, love for the club and his effort has been undeniable from the first day. We want him to continue with us at our club, if he wishes.

"We haven't reached the collective level we expected. We want to start to work for a new era with one of our symbols at the forefront. That's why, today, we welcome Zidane.

"He assumes responsibility in a moment of great difficulty. If you're here with us, it's because you love this badge. When we offered you the chance to come back five days ago, you showed your love for the club."