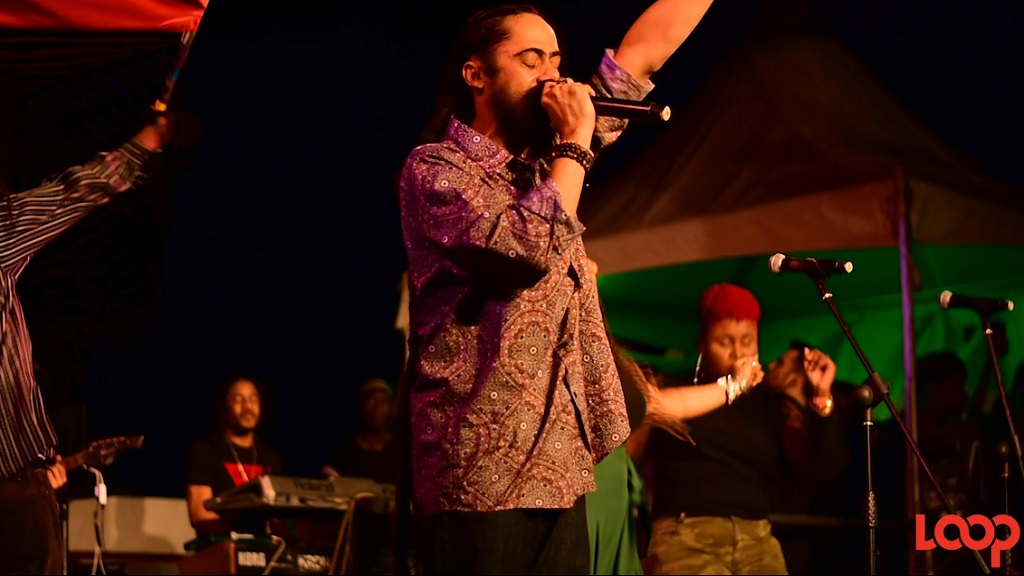 Damian Marley performs at the Bob Marley Museum during a 75th birthday anniversary celebration for his late father.

It was a gathering of love and unity last week at the Bob Marley Museum on Hope Road in St Andrew, as thousands congregated in the tight space to celebrate what would have been the reggae legend’s 75th birthday.

The day ended with a concert, which saw many of the island’s reggae and dancehall entertainers delight with stellar performances for an appreciative audience.

Joining in honouring Bob, who passed away from cancer in 1981, were two of his sons, Damian and Kymani, as well as some of his grandchildren.

Many of the performers did one of Bob’s song during their performance, in this year’s tribute, which was themed Redemption.

Watch the recap in the video, edited by Marlon Reid, below.