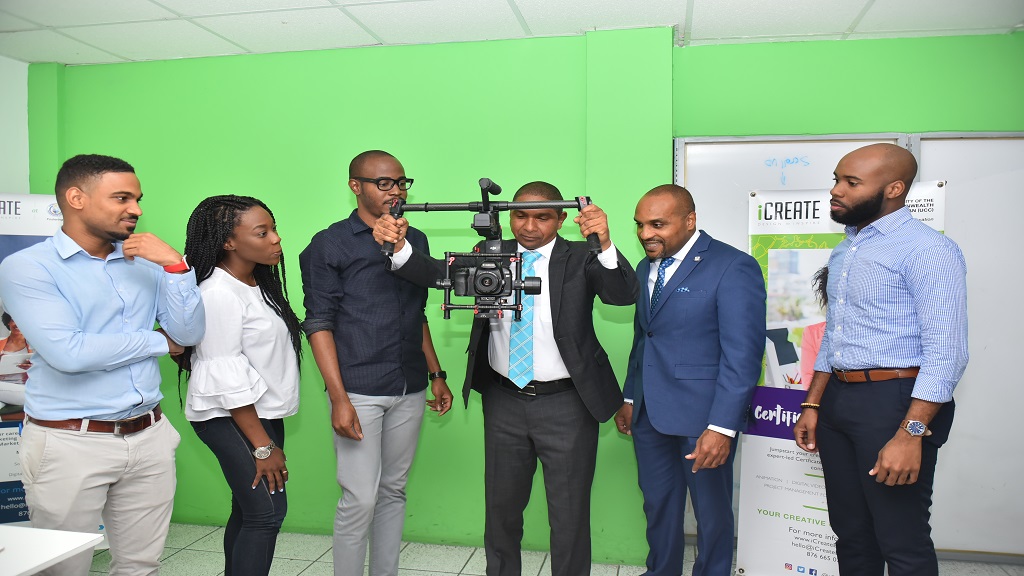 Training institute iCreate Limited and the Kingston & St Andrew Municipal Corporation have signed a memorandum of understanding (MOU) for 40 young people from the KSAMC to be trained in digital video production.

The private MOU signing on Wednesday, March 27, 2019, was held at the iCreate headquarters on Hope Road and was attended by Mayor of Kingston, Delroy Williams and Chief Executive Officer of the KSAMC Robert Hill, who joined iCreate’s CEO Tyrone Wilson and general manager, Carl Carram.

Aptly titled, KSAMC - iCreate Lens Support, the partnership aims to build creativity among youths in the Municipality. The training and international certification through iCreate will increase employment and entrepreneurship which aims to combat unemployment for young people.

In his remarks, Mayor Williams noted the importance of the project, stating, “The creative industry must be a major part of the development of Kingston. As the world recognises the value and power of the industry to build the economy, so too should Jamaica move in the inevitable direction of creative growth and development by equipping our young people with the necessary tools.”

For over two months, the 40 trainees will receive hands-on lessons in the latest digital video production technology. The training will unpack the intricacies of preproduction and post production including videography, filming in the field and in the studio and editing.

CEO of iCreate, Tyrone Wilson noted, “We are excited to be rolling out this program with the KSAMC. iCreate’s mandate is to build our digital and creative economy and these partnerships with Government and other private sectors, will help to grow the number of certified creatives in our country, at a faster pace. With our recent IPO listing, we now have the resources to acquire the necessary tools to effectively prepare individuals for a career in the creative economy".

The institute's general manager, Carl Carram added, “The iCreate Institute is excited and happy to collaborate with organizations and individuals who are keen on developing the Creative Economy. The Mayor has consistently shown his enthusiasm towards developing this industry and this project is a manifestation of that passion. This is a great opportunity to develop not just the industry but the economy on a whole. iCreate will ensure that the participants are presented with the most current practical training, in addition to opportunities to monetize their newly acquired skill sets, whether independently or for hire".