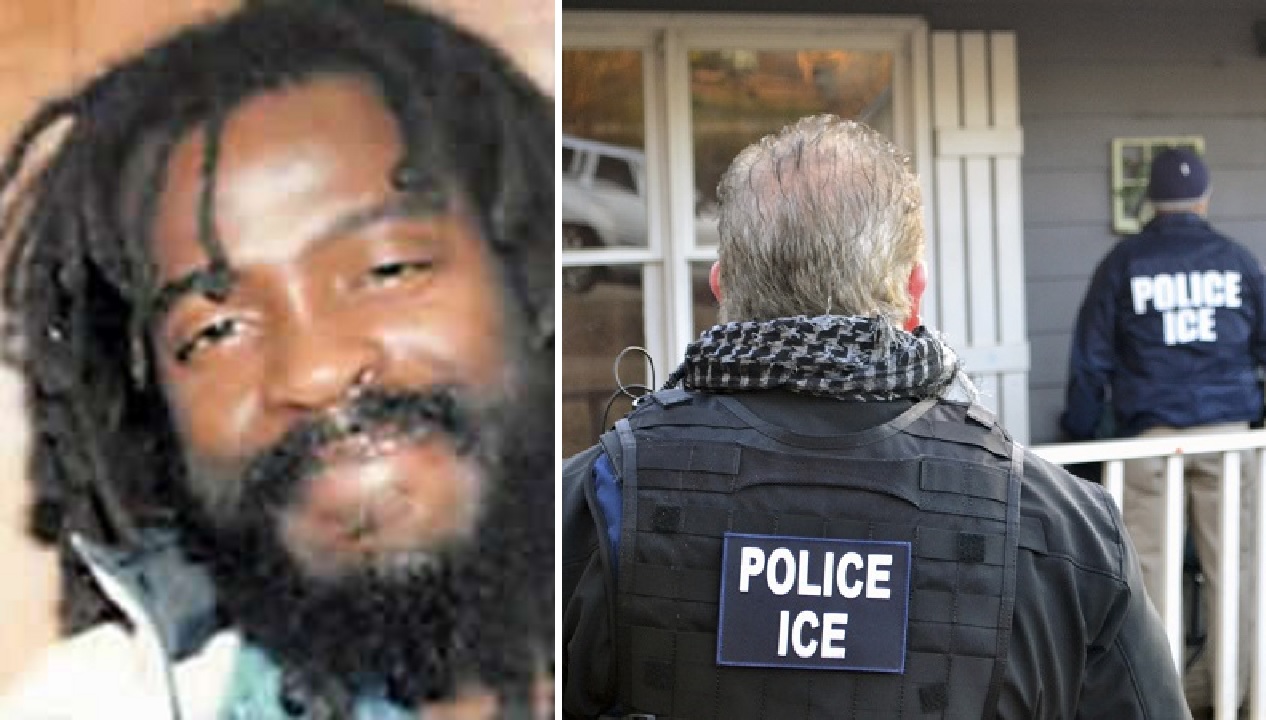 Desmond Chambers (left) is listed by ICE as a convicted sex offender and drug trafficker.

Desmond Hugh Chambers, a 52-year-old Jamaican man, has been named among the top ten most wanted fugitives by The United States Immigration and Customs Enforcement (ICE).

Chambers is listed as a convicted sex offender and drug trafficker who is known to frequent the states of Maryland, Florida and Georgia.

Chambers was convicted of possession with intent to distribute cocaine, second degree rape, a first degree sex offense, and false imprisonment. He is reported by ICE as weighing 170 pounds, with brown eyes, black hair and a scar on his forehead.

Chambers is said to go by the aliases Mullings, Warren Michael, Green and Gregory Lemuel.

Jamaican in jail for beating ‘bunna man’ in Barbados

Jamaican man questioned, released after posting photo with rifle in US