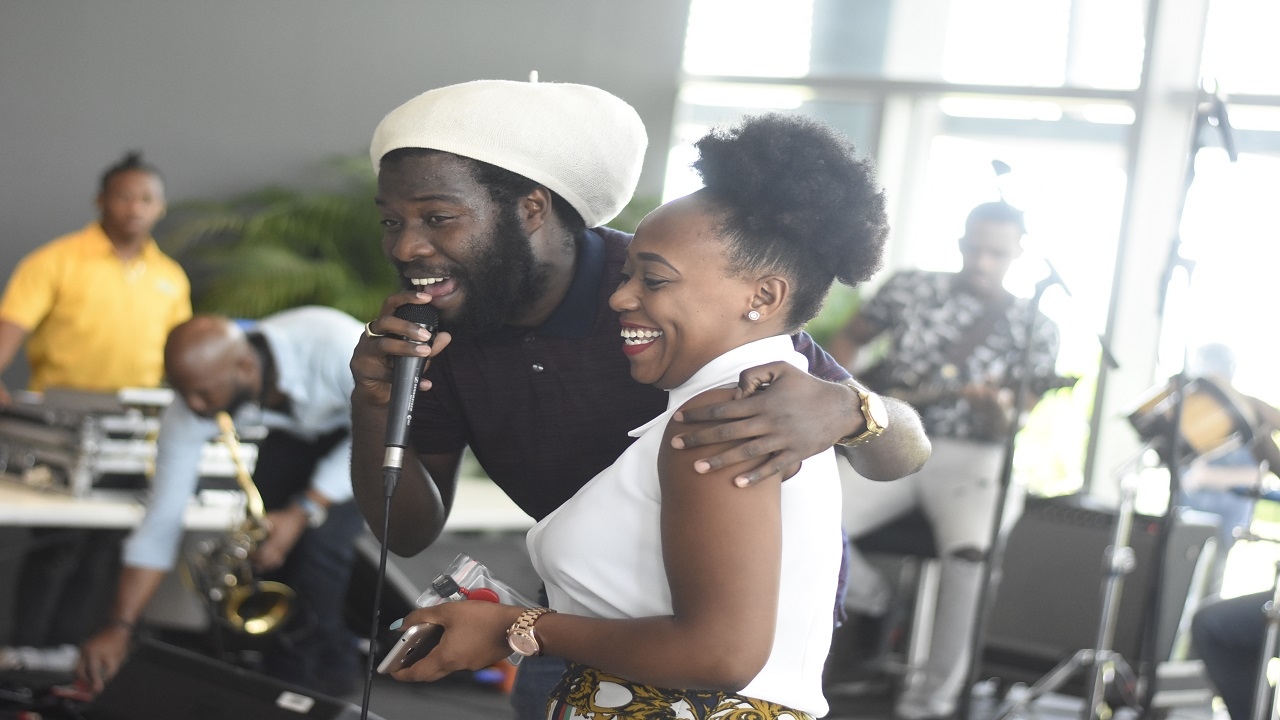 Iba Mahr held the audience captive on Friday afternoon as he headlined Loop News’ Lunch Hour Concert in the lobby of the Digicel headquarters in downtown Kingston.

Also sharing in the spotlight and delivering solid performances were Di-Ruption, DVoyce and Chevaughn, in what was more like a reggae slow jam, with a groovy atmosphere. Suncity disc jockey SJ Murphy provided the early music. 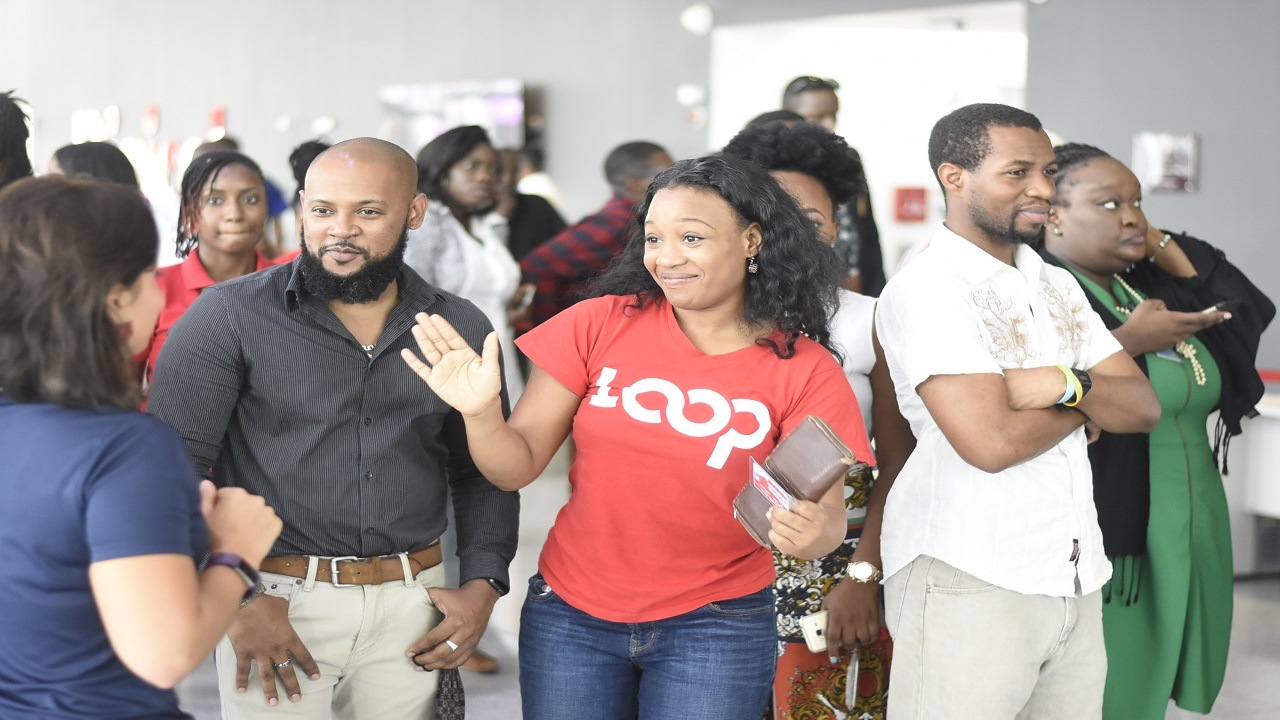 According to Sheryl-Ann Thomas-Scott, Loop publisher Trend Media's marketing manager, the aim of the Lunch Hour Concert was to celebrate reggae music while giving readers some downtime.

"This event is really just for us to celebrate Reggae Month. It is such an important part of our culture and Loop is very focussed on cultural representation, and reggae music is one of the best ways to represent us as Jamaicans.

"We streamed it live with the objective that our readers can get a break in their day, chill and listen to some good music from some great artistes," Thomas-Scott said.

D’Music’s product manager, Davian Beadle believes its participation in the Lunch Hour Concert was an appropriate fit for the company.

Beadle said, "music content is what we promote to our customers, it is Reggae Month and we love reggae music and it is also Black History Month, so we wanted everybody to get a feel of what reggae music has to offer - live acoustics and the whole works. 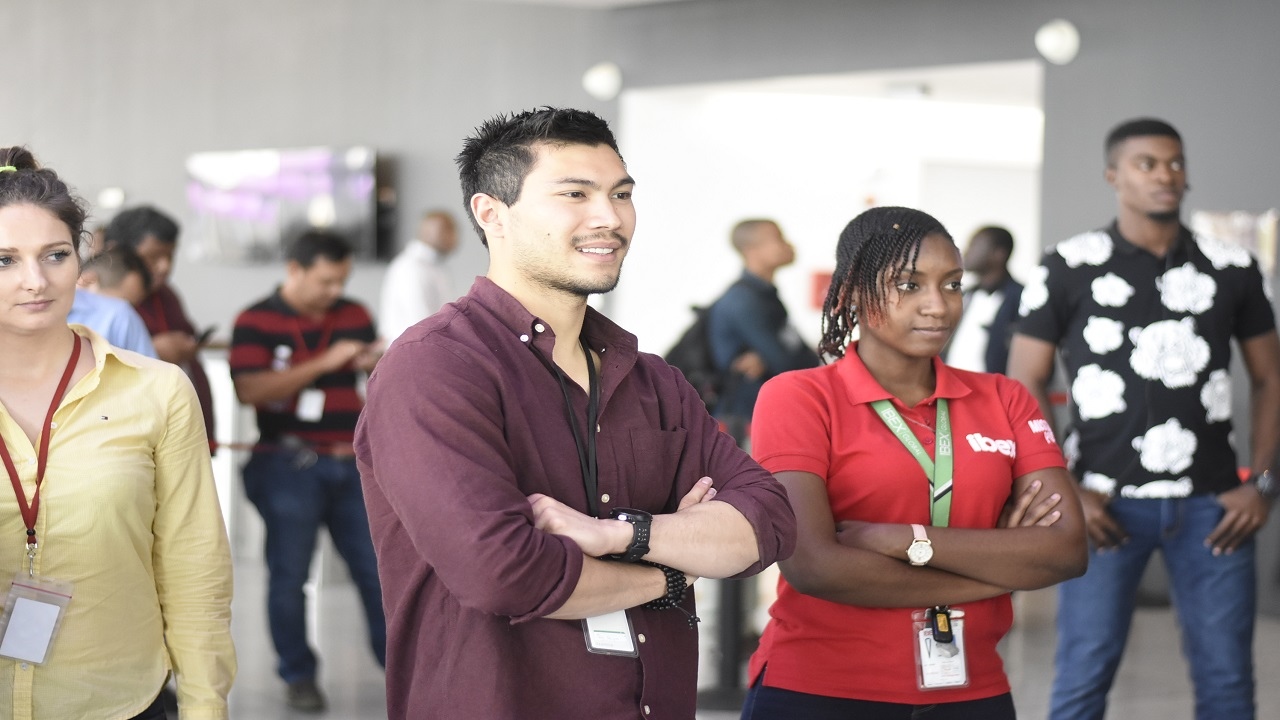 "It was just a feel-good moment and we believe our objective was met as everybody enjoyed the performances as all the artistes came up and delivered," Beadle said.

Iba Mahr, during his stint on stage, did ‘Get Up and Show’, ‘Great Is H.I.M.’ and the ever favourite ‘Diamond Sox', which lifted the noise in the audience as they sung along and echoed its praise with claps.

Requesting the company of a woman from the audience, Iba Mahr was joined by Trend Media graphic designer Melissa Green and did his version of reggae legend Bob Marley’s ‘Wait In Vain’, and without shifting a beat, moved into his own ‘Will I Wait In Vain’, before closing his act with a song dedicated to his mother, ‘Mama Rosie’.

Chevaughn also had the gathering singing parts of the two songs that he did by himself, as they responded to ‘So Many Rivers’ as well as ‘Book Of Rules’, which was originally done by The Heptones.

Chegaughn was earlier brought up by DVoyce for what the latter said was the first time they were performing ‘Shine On’ on any stage. By himself, DVoyce had done ‘Jamaica Is My Paradise’.

Di Ruption brought some early energy. He started by singing to another woman from the audience after which he did three songs, with 'Trodding Alone' creating a stir.