I will go to war with these boys - Holy Trinity coach 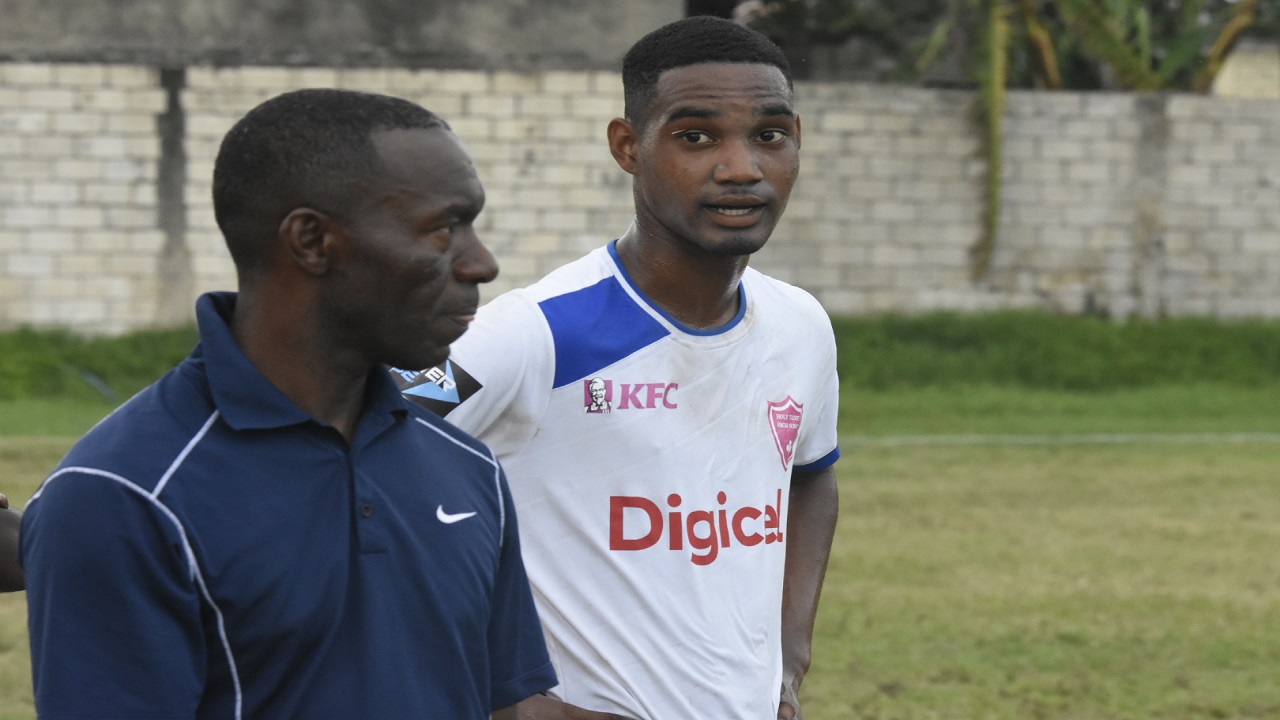 Holy Trinity High School coach Devon Anderson is happy with his players for the fight they put up against Wolmer’s Boys,  despite losing 2-1, on Match Day 13 of the ISSA/Digicel Manning Cup football competition on Friday.

Anderson said, “we have heart. Despite all calls against us and the none calls we have heart to fight. Kudos to my boys, I will go with them to any war.

“They left it all on the field and that’s as much as I ask for. Not for other elements to decide the game. Let the kids play and enjoy the game.

Anderson said referee Neressa Goldson was too harsh on Holy Trinity while making decisions in favour of Wolmer’s.

"This was a top-of-the-table clash. We knew it wouldn’t be easy as we would have a fight on our hand and we came out here and did our best and it just wasn’t good enough on the day," Anderson.

Despite the fight his players displayed, Anderson had some concerns with the performance of the team. He said, “the performance is a kind of lacklustre where we are concerned. We could have finished some more half chances that we got.

“I guess today wasn’t our day. Today was Wolmer’s day. We leave it all on the field. We have to just regroup and come again."

Playing away at the Bell Chung Oval, Wolmer’s took the lead on the stroke of halftime through Rivaldo Mitchell. Holy Trinity hit the crossbar twice during the early stages of the second half, before finally getting the equaliser through Phillion Lawrence in the 68th minute.

Holy Trinity continue to press but found themselves behind again, when Clayon Haynes' 72nd minute strike won the game for Wolmer’s.

Victory for Wolmer's  means that the Heroes Circle-based school won both legs against Holy Trinity by the same margin.

Thomas said the game showed that Wolmer's are improving.

"You can’t be comfortable at this time. It is a building process and we have to keep finding the right combinations each and every game and I think it is plotting very well and we have seen it from game one to game seven and we doing well in stages,” said Thomas.

The win strengthened Wolmer's chances of advancing to the second round as group winners with another three games remaining in the preliminary round. They now moved to 19 points from seven games, a four-point lead over second-place Holy Trinity High.