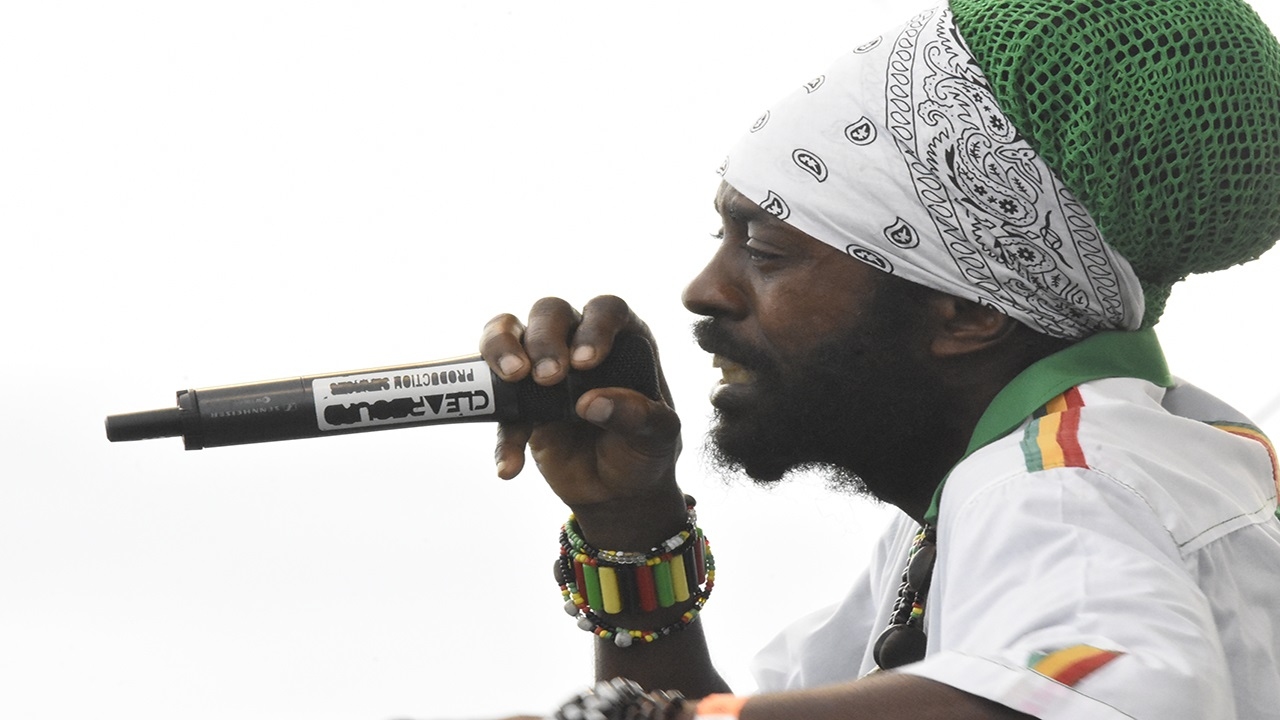 I Wayne was hot and burnt just about everything he deemed as wrong during a fiery performance at Rebel Salute on Sunday morning.

Abortion, meat eating, prostitution, bleaching, certain sexual practices and crime were not spared the “lava” from the roots reggae singer in a set that was well-received by the thousands still packed inside the Grizzly’s Plantation Cove venue in St Ann after 8am.

He set the tone early as he lashed out against violence with ‘Living In Love’, the hit song off his mid-2000 debut album.

After spitting lyrical fire at oral sex practices to loud cheers of approval, I Wayne checked the temperature of the audience – “From you love the fire, seh ‘Blaze’” – before singing ‘Book Of Life’. 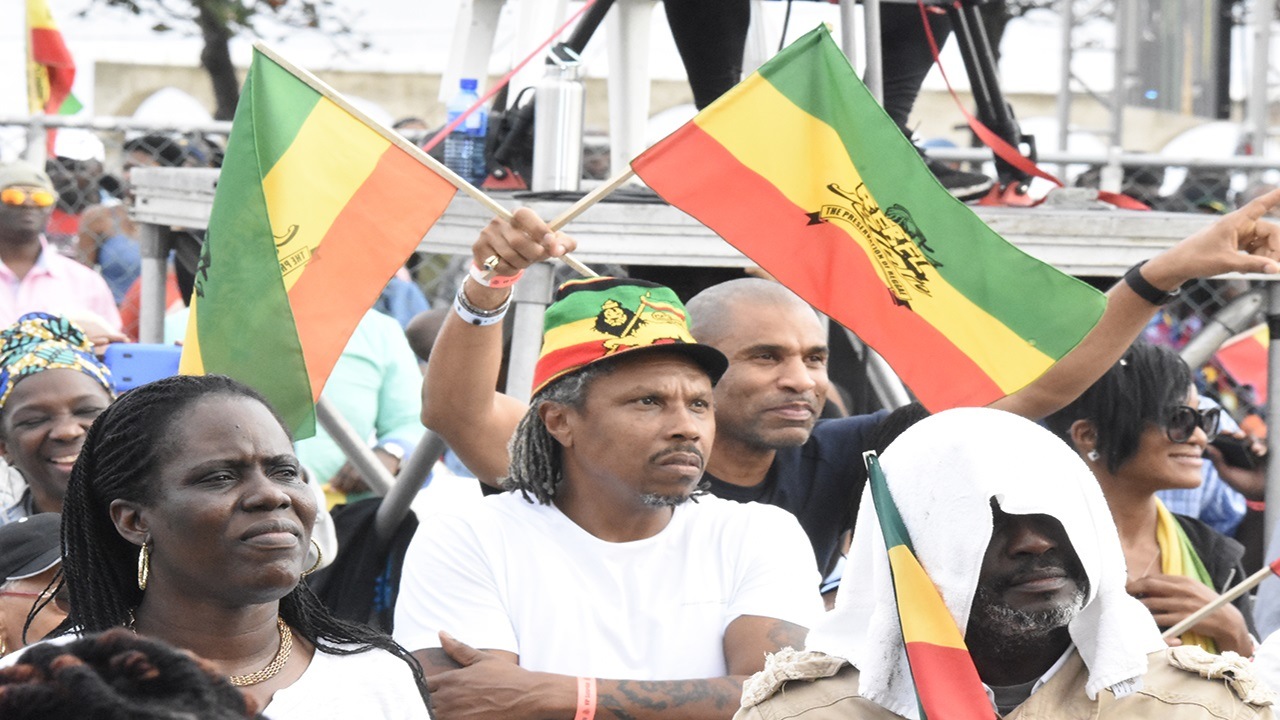 Rebel Salute patrons watch as I Wayne performs on stage.

He then went into ‘Life Seeds’ to more approval and had the crowd singing along with the lyrics - ‘Life Seeds I sew… Bomb dutty Babylon ah bury...’

More lyrical fire was to follow, this time against meat eaters, as he sang a new song he said “defends the animal dem”.

After lashing out against bleachers, homosexuals and “filthy disc jocks” who promote what he said was nasty music, I Wayne introduced female dancehall artiste Climaxx to the stage.

The former Magnum Queen of Dancehall sang her pro marijuana song ‘Puff And Roll Up’ before singing a love song with I Wayne to loud cheers of approval from the crowd. 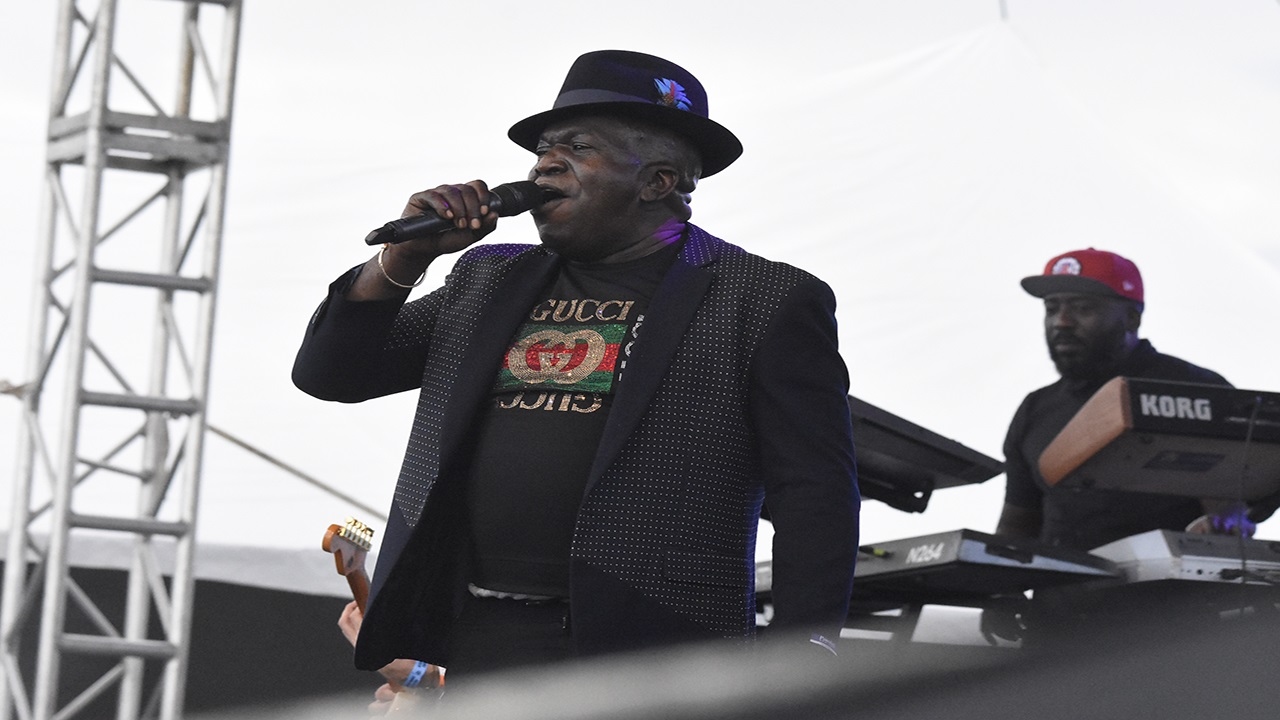 I Wayne ended his well-received set with ‘Need Her In I Arms’ and ‘Can’t Satisfy Her’.

Prior to I Wayne, reggae crooner Romain Virgo made an impression, especially with the ladies, as he reeled off hit after hit such as 'When A Woman Loves A Man', 'Mi Caan Sleep', 'Fade Away', and 'Taking You Home'.

Before that, veteran singer Barrington Levy delivered a solid set which had the crowd rocking throughout his entire performance. With songs such as 'Too Experienced', 'Murderer', 'Teach The Youths', '21 Girls Salute' and 'Black Roses', Levy could do no wrong and, in response, the crowd at Plantation Cove expressed their appreciation with loud cheers and flag waving.