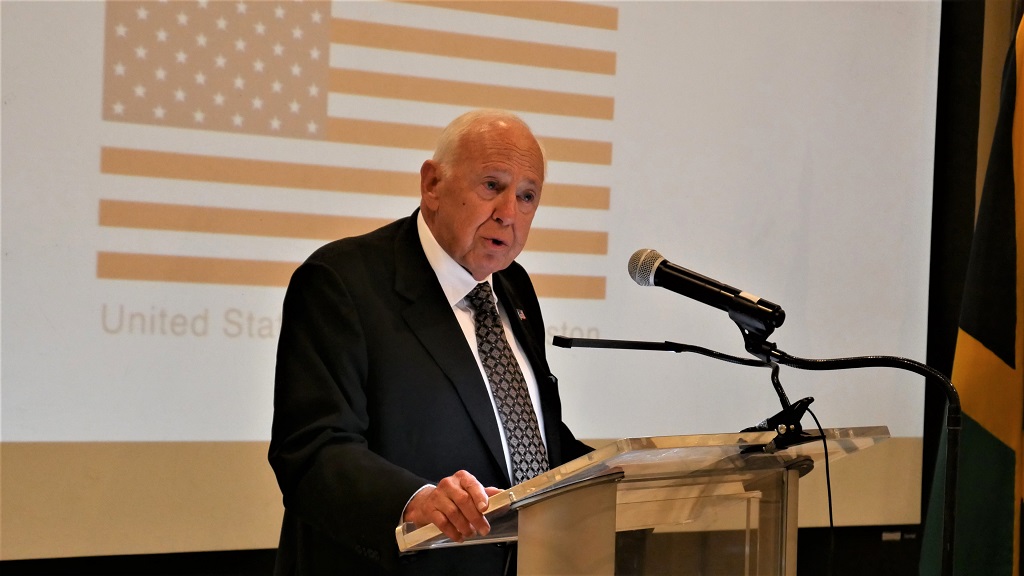 Fighting back tears, Ambassador Tapia said he was among a group of friends who journeyed by bus from Lexington, Kentucky to Montgomery, Alabama to join the late civil rights hero in a protest march.

“Black History Month has a special place in my heart, because in 1961 I was living in Lexington, Kentucky... the Jim Crow Laws were still in existence in the South.

“I remember that day...It is still in my heart,” a tearful Tapia said.

The US Ambassador was addressing a Black History Month Photo Exhibition and Reception at the US Embassy in Kingston.

Enacted in the Southern United States in the late 19th and early 20th centuries, the Jim Crow Laws rigidly enforced racial segregation. They were repealed in 1965.

Staged under the theme, 'Celebrating Unsung Heroes', the photo exhibition featured the finalists in the competition which sought to highlight everyday Jamaicans quietly making a positive difference to the lives of persons in their communities.

The Ambassador encouraged Jamaicans to use the photos to share the stories and to celebrate the work of the country’s unsung heroes.

“There are many unsung heroes throughout this nation who daily contribute to the advancement, education, prosperity and civil inclusion for all," Ambassador Tapia noted.

Leaders say Trump presidency is at odds with MLK's legacy