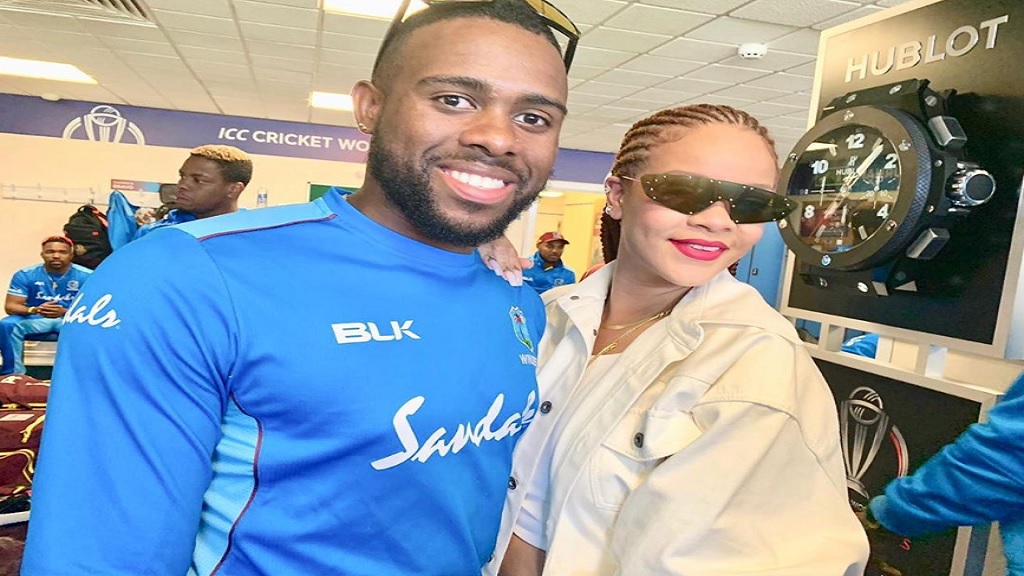 He’s a brilliant young cricketer – a three-dimensional all-rounder who West Indies are hoping will play a key role in the future.

Cricket West Indies selectors spotted his brilliance last year at the ICC Cricket World Cup in England when he almost won the team the match against Sri Lanka.

His bowling was accurate and purposeful and he also held an amazing caught and bowled. Then, later in the day, with Rihanna watching and cheering loudly in the stands, Allen turned on the magic with a sizzling half-century – his first in the maroon shirt.

Allen’s road has not always been a smooth one, but he’s forever grateful to those who helped along his journey and he speaks with pride and passion of representing the people of the West Indies.

"In 2016, I had a car accident. I almost lost my arm. I have just give God thanks that I'm still alive and I'm here. My goal is just to achieve the best I can," said Allen.

He continued: It was a situation that could have happened to anyone. I was trying to protect the other driver, who was coming from the opposite side. Unfortunately, the car lost control and turned over. The doctor said I'm lucky because I almost lost my hand. But God kept me going."

Allen who was a stand-out performer in the Cricket West Indies Under-19s tournaments as well as in the Caribbean Premier League, says he’s happy to do whatever the team requires.

So far, he has played 14 One-Day Internationals and 13 T20Is for the West Indies, but he also has dreams of playing Test cricket. He has scored two first-class centuries for Jamaica Scorpions batting in the top order with a career-best knock of 169 not out.

“My goal is just to contribute to my team, in any competition. Just be Fabian Allen and achieve the best I can. Whatever any team asks me to do, I'll just lift up my hand and do it,” he added.

But Allen does not only see himself as a short format player. He may be more focused on the shorter formats now but red-ball cricket is still his dream.

"It gave me the opportunity to be here, so I have to give thanks for it. Everyone has a goal. Everyone is looking to play as long as possible. Once you put in the work, you will get the results and the selectors are going to look at you.”