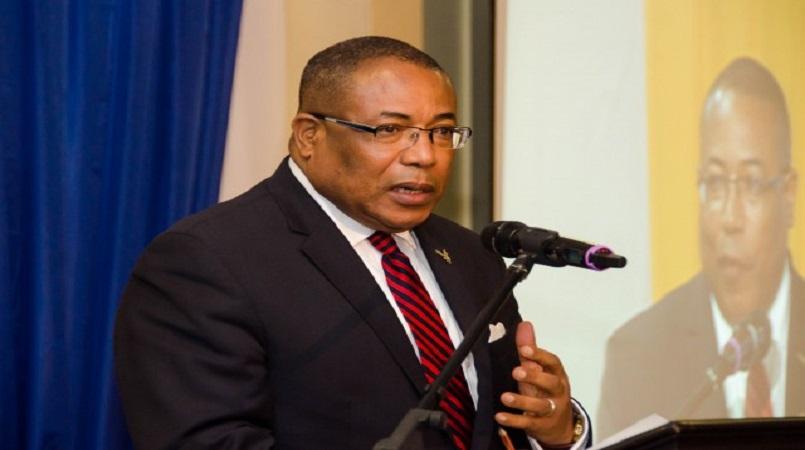 Opposition spokesman on Planning and Development, Anthony Hylton, has challenged the Jamaica Labour Party's assertion that it was forced to implement all the major road works in parts of the Corporate Area at the same time - or renege on a US$350 million loan negotiated with the Chinese to carry out the projects.

Minister without Portfolio in the Ministry of Economic Growth and Job Creation, Daryl Vaz has said the government was told by the Chinese that the road projects which were conceptualised by the People’s National Party (PNP) Government prior to the February 2016 General Election, and for which loans were finalised, had timelines that had to be met.

Vaz said failure to meet these timelines could have resulted in a withdrawal of the loan under the Major Infrastructure Development Programme (MDIP). Prime Minister Andrew Holness has suggested as much.

As a result, works began simultaneously on Constant Spring Road and Hagley Park Road, which includes two major flyovers in the vicinity of Portia Simpson Miller Square. At the same time, work was taking place on the Mandela Highway to transform a section of that road into a six-lane highway.

These are three of the busiest thoroughfares anywhere in the country and the simultaneous works caused major bottlenecks and dislocation to businesses and residents alike for several months, especially during 2018.

However, Hylton is having none of the excuses offered by the administration and said as much during his recent contribution to the 2019/2020 Sectoral Debate in the House of Representatives.

“I do not agree that the serious congestion and problems experienced by several communities and businesses, caused by the simultaneous implementation of multiple projects in major corridors of the Corporate Area, resulted simply, from previously signed contracts with China-related institutions by the PNP administration, as stated by the prime minister,” said Hylton.

“It is simply not our experience as to how friendly sovereign governments deal with another cooperating sovereign nation, especially after a change of administration through the democratic process…that the necessary adjustment to obligations undertaken by the previous administration in office could, or would not be entertained or responded to, upon request and negotiation."

He pointed to the subsequent changes made to the south coast highway project by the JLP administration, although that project was also conceptualised by the PNP government.

He also reiterated his party’s stated position that the dislocation was caused by “poor planning and implementation”. And he repeated the PNP’s position that businesses that have been negatively impacted should seek redress through the courts.

According to Hylton, the Opposition disagrees that the “debacle in the implementation of the road works in the Corporate Area is a simple inconvenience for which the Prime Minister has apologised.”

“The truth is that significant damage has been done to several businesses in the affected area. There has been tremendous loss of man hours, reduction in production and productivity and all this ironically, at a time, when we need to increase the country’s GDP and accelerate economic growth,” said the Opposition spokesman.

Meanwhile, Hylton has again proposed the merger of the Urban Development Corporation and the Factories Corporation of Jamaica (FCJ) to create what he calls the National Physical Planning Authority.

He said that along with the planning function now vested in the National Environment and Planning Agency, under the Town and Country Planning Act, the functions of these three bodies would be subsumed by this proposed, new planning authority.

“In furtherance of this objective, I am proposing that a review committee be established to examine the proposal,” Hylton said while adding that the Opposition stands ready to assist with the drawing up of the necessary terms of reference.