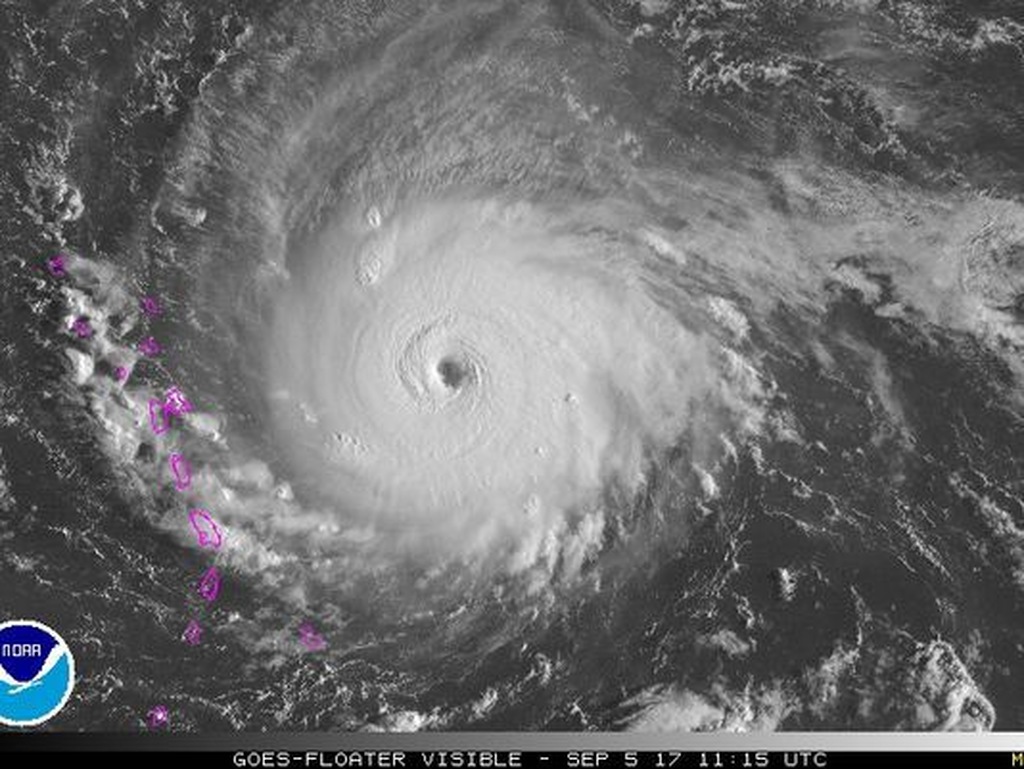 The hurricane will blast the northern Caribbean with flooding rain, damaging winds and rough surf over the next few days, AccuWeather warned, bringing life-threatening conditions to the islands.

A similar scenario could play out somewhere along the Gulf or East coasts of the United States this weekend or next week, depending on where Irma tracks.

The storm could hit Florida, Georgia or the Carolinas, or even head into the eastern Gulf of Mexico.

Irma is now the strongest hurricane in the Atlantic since 2007.

When a Category 5 hurricane hits land, "a high percentage of framed homes will be destroyed, with total roof failure and wall collapse," the hurricane center said.

"Fallen trees and power poles will isolate residential areas. Power outages will last for weeks to possibly months. Most of the area will be uninhabitable for weeks or months," the center said.

Hurricane warnings were in effect for several Caribbean islands, including Puerto Rico and the U.S. Virgin Islands, where "preparations should be rushed to completion." according to the hurricane center.

There is an increasing chance of seeing some impacts from Irma in the Florida Peninsula and the Florida Keys later this week and this weekend, the hurricane center warned.

"While the track is still uncertain, the time to prepare is now," the Weather Channel warned.

Florida Gov. Rick Scott on Monday afternoon declared a state of emergency for the state's 67 counties.

He issued the executive order to give local governments time, resources and flexibility to prepare for the storm.

Retail traffic across Florida's Treasure Coast, north of Miami, indicated residents were preparing. By Monday afternoon, shelves of water had been emptied at Walmart in Vero Beach, and a water-filling station stayed busy at Peter's Hardware Center in Palm City.

Monday afternoon American Airlines canceled flights into St. Kitts and St. Maarten for Tuesday and Wednesday, but added an extra flight Tuesday out of each destination to Miami to help those who want to clear out before the storm.

The airline also is waiving change fees for passengers affected by Irma and traveling Tuesday through Friday.

At 8 a.m. ET, the center of Hurricane Irma was located 270 miles east of Antigua and was moving west at 14 mph.

Hurricane Irma now Cat 4 as it heads for eastern Caribbean