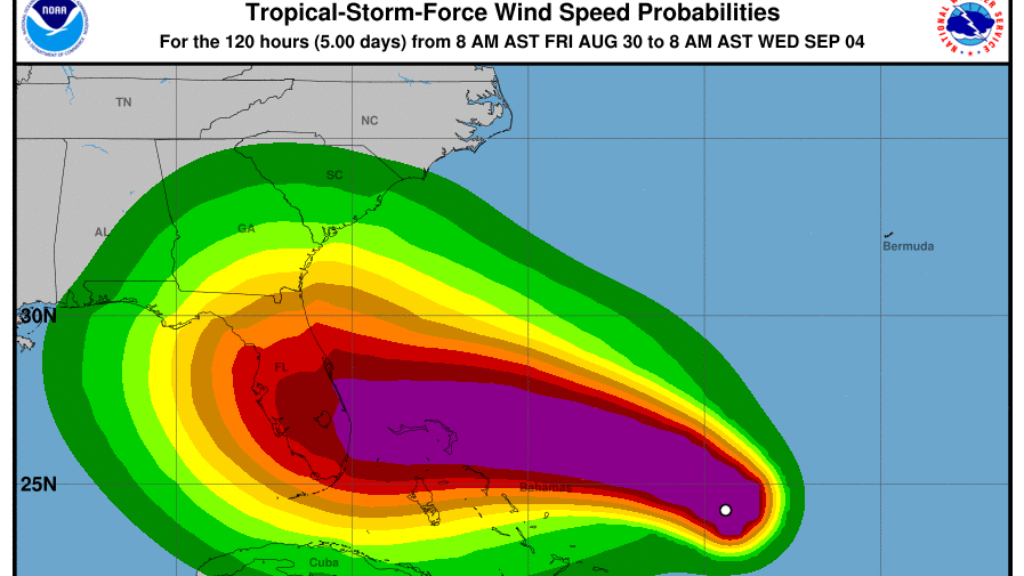 A hurricane watch remains in effect for Northwestern Bahamas as Hurricane Dorian, now category 3, continues on its northwest trajectory, toward Florida.

The US National Hurricane Centre (NHC) said in an update Friday afternoon that data from a reconnaissance plane indicate that with maximum sustained winds have increased to near 115 mph (185 km/h) with higher gusts.

Dorian is a category 3 hurricane on the Saffir-Simpson Hurricane Wind Scale.

Additional strengthening is forecast, and Dorian is anticipated to remain an extremely dangerous major hurricane while it moves near the northwestern Bahamas and approaches the Florida peninsula into early next week.

“Dorian is moving toward the northwest near 10 mph (17 km/h). A slower west-northwestward to westward motion should begin tonight and continue into early next week.” 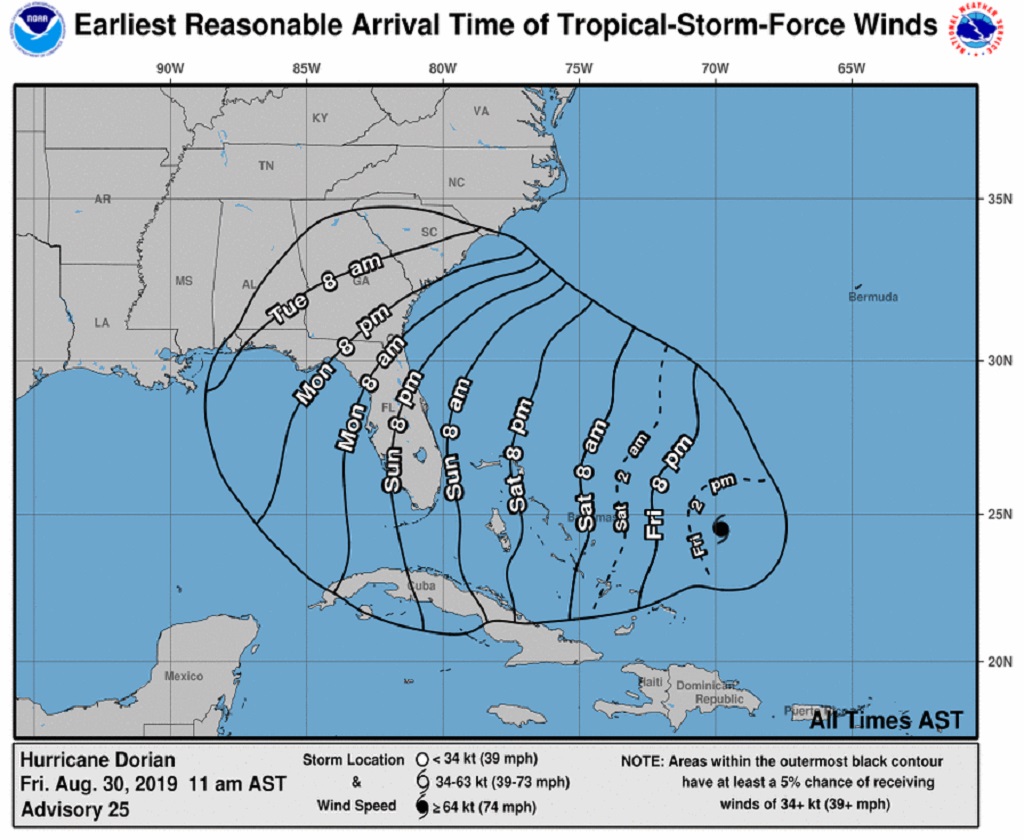 “On this track, the core of Dorian should move over the Atlantic well north of the southeastern and central Bahamas today and tomorrow, be near or over the northwestern Bahamas on Sunday, and be near the Florida peninsula late Monday.”

The agency said additional strengthening is forecast, and Dorian is anticipated to remain an extremely dangerous major hurricane while it moves near the northwestern Bahamas and approaches the Florida peninsula into early next week.

The NHC said hurricane conditions are possible in the northwestern Bahamas by Sunday, with tropical storm conditions possible by Saturday night or Sunday morning.

Bahamians are warned of “life-threatening storm surge” will raise water levels by as much as 10 to 15 feet above normal tide levels in areas of onshore winds in the northwestern Bahamas. Near the coast,the surge will be accompanied by large and destructive waves.

The storm is expected to produce the following rainfall accumulations this weekend into the middle of next week:

Northwestern Bahamas and coastal sections of the Southeast

This rainfall may cause life-threatening flash floods.

The NHC said “life-threatening” swells are likely to begin affecting the east-facing shores of the Bahamas, the Florida east coast, and the southeastern United States coast during the next few days.

State of emergency in Florida, Dorian may grow to category 3 hurricane