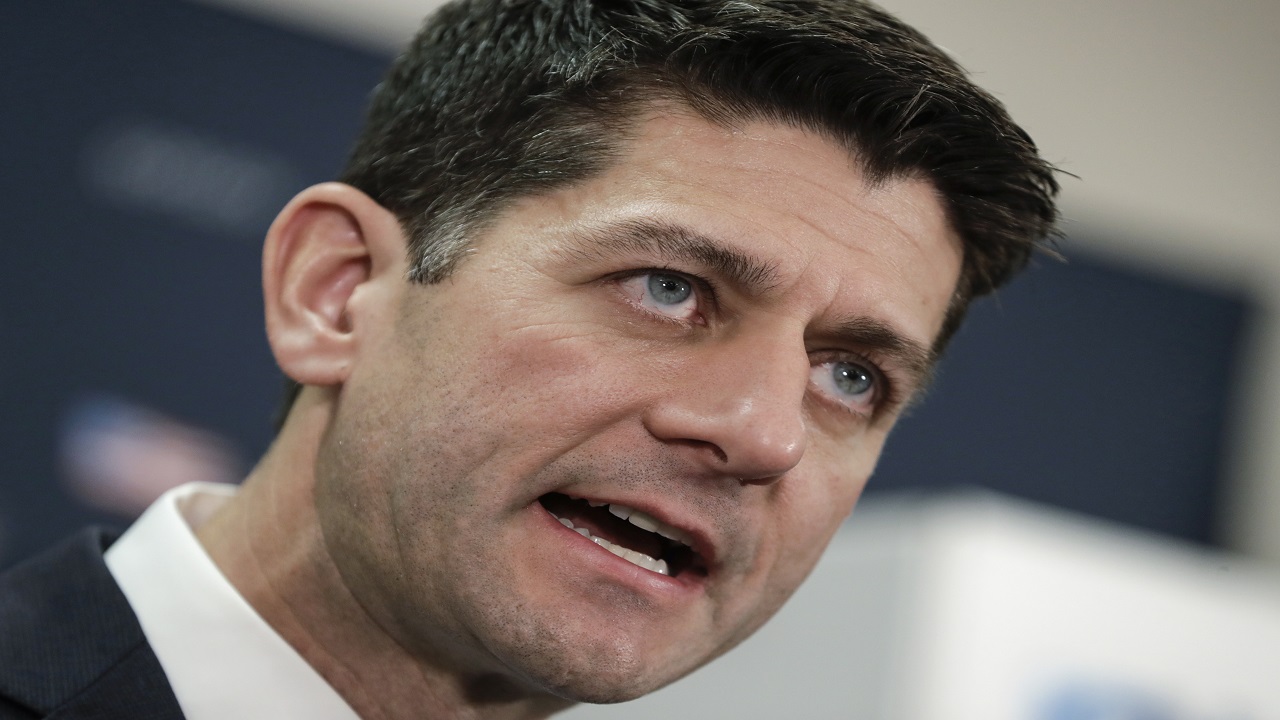 House Speaker Paul Ryan on Tuesday joined a growing chorus of Washington Republicans calling upon Roy Moore to drop out of his embattled race for the U.S. Senate in the wake of allegations by a second woman that the conservative Alabaman groped her, when she was a teenager in the late 1970s.

"These allegations are credible," Ryan, R-Wis., told reporters on Tuesday. "If he cares about the values and people he claims to care about then he should step aside."

Moore is showing no sign of quitting, even as his chances to win the open Senate seat appear to be in peril.

"I can tell you without hesitation this is absolutely false," Moore said Monday at an abruptly called news conference in Gallant, Alabama, after the latest allegations were made. "I never did what she said I did. I don't even know the woman."

The former state Supreme Court judge and outspoken Christian conservative has dug in, rejecting all calls in Washington from GOP senators for him to quit. Senate Republicans face limited options in trying to force out Moore whose name remains on the ballot for the Dec. 12 special election against Democrat Doug Jones.

A defiant Moore spoke after a tearful Beverly Young Nelson, now 56, detailed new allegations to reporters in an emotional appearance in New York.

One night when she was 16, Moore offered to drive her home from her after-school job at a restaurant in Gadsden, Alabama, she said. Moore, a regular customer, instead parked behind the restaurant and locked the door to keep her inside, squeezing her neck while trying to push her head toward his crotch and trying to pull her shirt off, Nelson said.

"I thought that he was going to rape me," she said.

Moore stopped and as she left the car he warned no one would believe her because he was a county prosecutor, Nelson said. She said her neck was "black and blue and purple" the next morning.

In Alabama, Jones unveiled a new campaign ad in which state voters, including Republicans, say they can't vote for Moore.

"I believe the women," said McConnell, R-Ky., marking an intensified effort by leaders to ditch Moore before the election that has swung from an assured GOP victory to one that Democrats could conceivably win.

"The person who should step aside is @SenateMajLdr Mitch McConnell. He has failed conservatives and must be replaced. #DrainTheSwamp," Moore wrote.

He also signaled he has no intention of ending his candidacy, writing in a fundraising appeal, "I'd be honored to have you in my corner with me while I slug it out with the forces of evil trying to keep me out of Washington."

The exchange between McConnell and Moore underscored the civil war between establishment Republicans worried that candidates like Moore could cost them their Senate majority and hard-right elements who say McConnell is not conservative enough.

"I made my case during the election," Strange said.

Cory Gardner of Colorado, who heads the Senate GOP's campaign organization, said if Moore is elected, senators should expel him "because he does not meet the ethical and moral requirements" of the Senate.

Sen. John McCain, R-Ariz., said Moore "should not be a United States senator, no matter what it takes." Sen. Jeff Flake, R-Ariz., who's not seeking re-election after criticizing Trump, said he'd "vote for the Democrat" if he had to choose between Moore and Democrat Jones.

Last week, The Washington Post reported that in 1979 when he was 32, Moore had sexual contact with a 14-year-old girl and pursued romantic relationships with three other teenage girls around the same period. The women made their allegations on the record and the Post cited two dozen other sources.

Moore denied last week molesting the 14-year-old but didn't flatly deny he'd dated teenagers, saying in an interview with conservative talk show host Sean Hannity, "It would have been out of my customary behavior."

Nelson said that before the alleged incident that Moore signed her yearbook. A copy of her statement at the news conference included a picture of what she said was his signature and a message saying, "To a sweeter more beautiful girl I could not say, 'Merry Christmas.'"

The tumult comes with Republicans holding a scant 52-48 Senate majority as the GOP rushes to push a massive tax cut through Congress by Christmas.