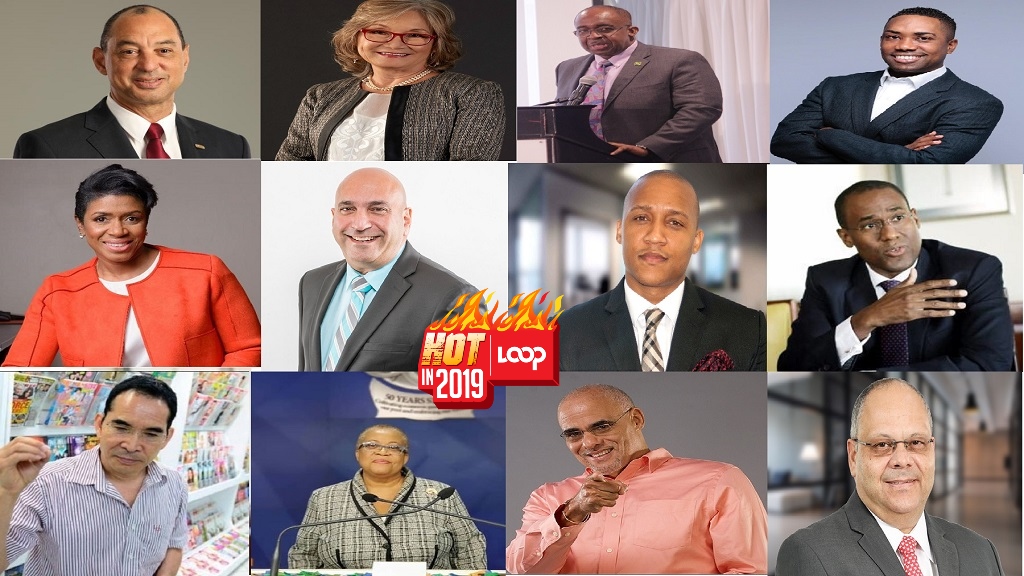 The top people in business in 2019 secured major deals to position their companies as global and regional powerhouses. These business leaders earned profits, provided shareholder value, jobs and contributed to the economy.

In no particular order, Loop presents the top business personalities for 2019: 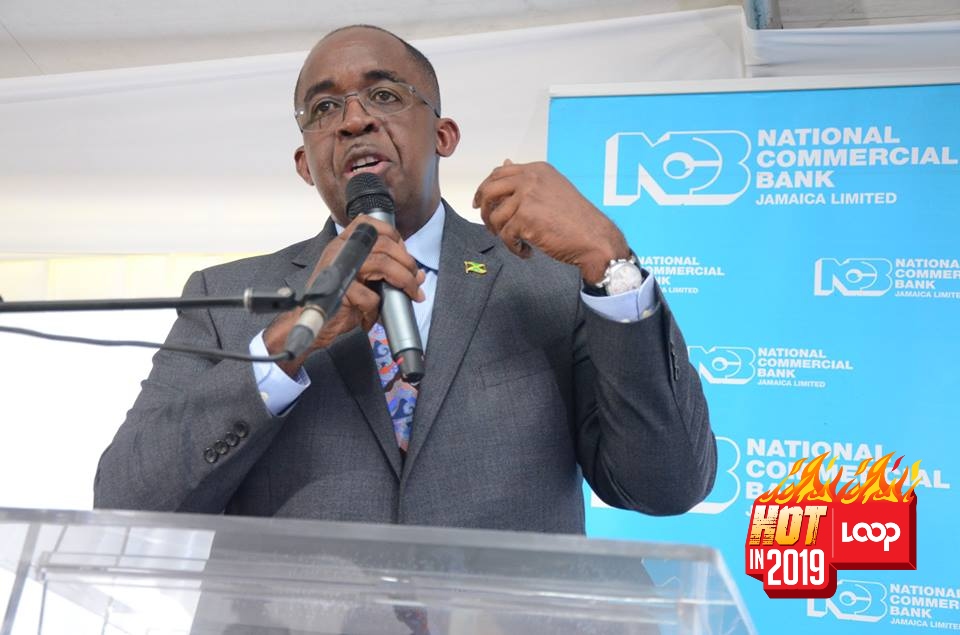 NCB Financial Group was able to close the longstanding offer in May after making an initial offer in December 2017. The group now owns 62 per cent of Guardian shares, making it a regional banking powerhouse.

The group has consistently maintained a robust balance sheet. It posted net profit of $30.7 billion for the financial year ended September 30, 2019, and asset growth of 65 per cent or $632 billion over the prior year to $1.6 trillion.

Zacca heads Sagicor Group Jamaica, whose subsidiary Sagicor Investments this year launched Jamaica’s first two exchange traded funds - one for the financial sector and the other for manufacturing and distribution.

The funds will enable investors to benefit from diversification, exposure to large firms listed on the Jamaica Stock Exchange, possible price appreciation of the shares and potential dividend payments. 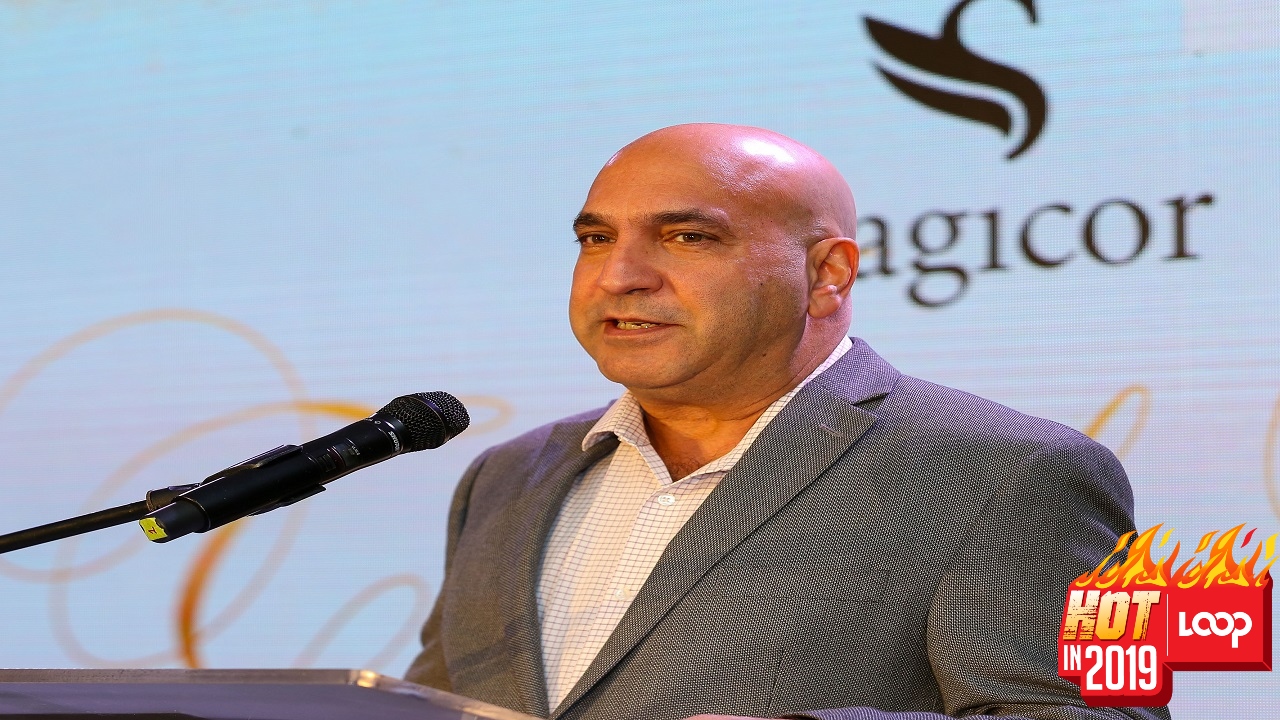 Sagicor Investments also anchored the SEAF SME Caribbean Growth Fund to benefit small and medium-sized enterprises (SMEs) in Jamaica and the Caribbean. Through the Sigma Venture Fund injected capital of US$20 million.

During the year, Sagicor Group moved to the second position in terms of net profits, up from third among all listed companies on the Jamaica Stock Exchange.

Jamaica’s Minister of Finance, Dr Nigel Clarke ushered in taxation changes, piloted amendments to pension investment regulations and was pivotal in the success of the island’s largest initial public offering (IPO) this year.

Measures announced in this year’s budget presentation saw the government forgoing $14 billion in taxes as part of measures to stimulate greater business and economic activity and boost growth. 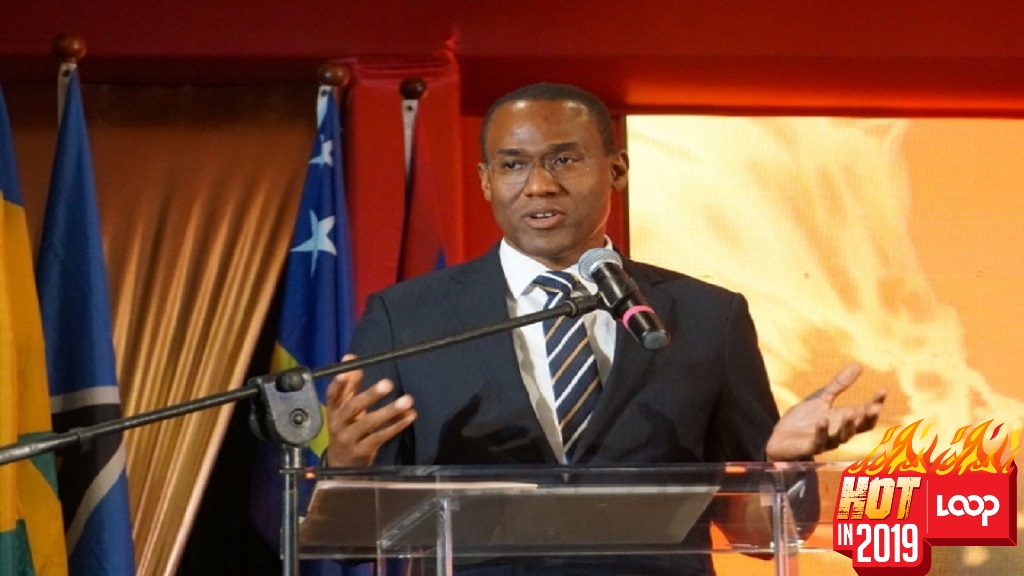 The government this year, also raised $5.5 billion from the initial public offering of shares in the Manchester-based wind farm Wigton Limited, a subsidiary of state-owned Petroleum Corporation of Jamaica. The Jamaica Stock Exchange indicated that the IPO added 11,772 new stock market accounts

Duncan said the acquisition gives JMMB an opportunity build out an integrated business that includes insurance. 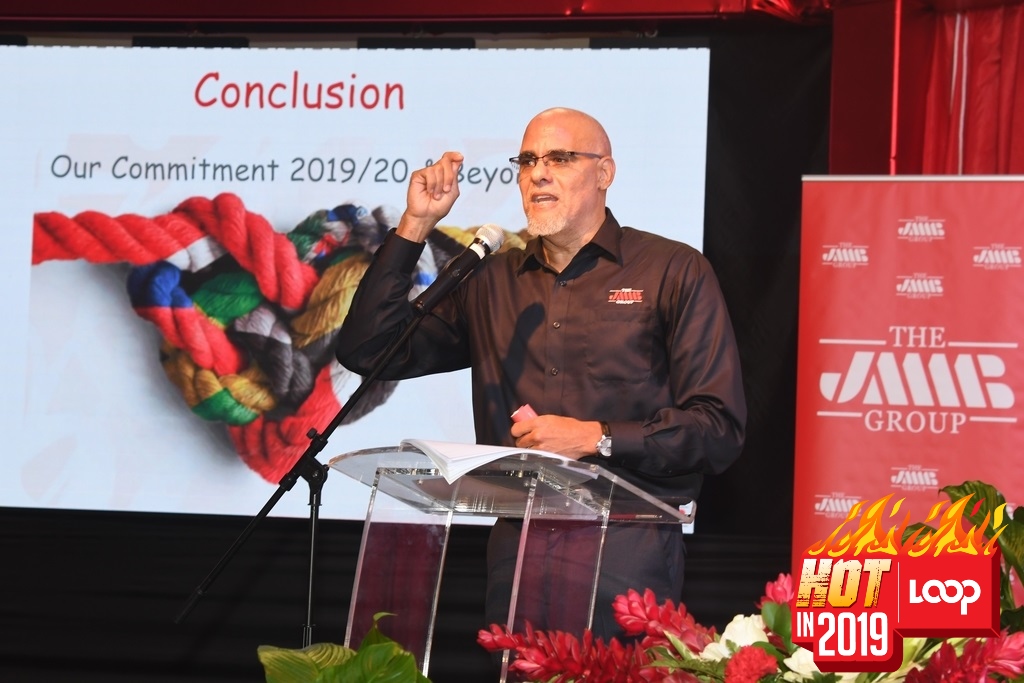 Sagicor Financial Company Ltd is also a financial services provider in the Caribbean, and has a growing presence as a provider of life insurance products in the United States, with over US$1.4 billion in total annual premiums.

Under the leadership of Young Sang as President and CEO, Supreme Ventures expanded operations to Guyana and made acquisitions in the gaming space within Jamaica, increasing the company’s market reach.

By the third quarter ending September 2019, group assets had increased to $8.3 billion, 25 per cent more than the similar period in 2018. 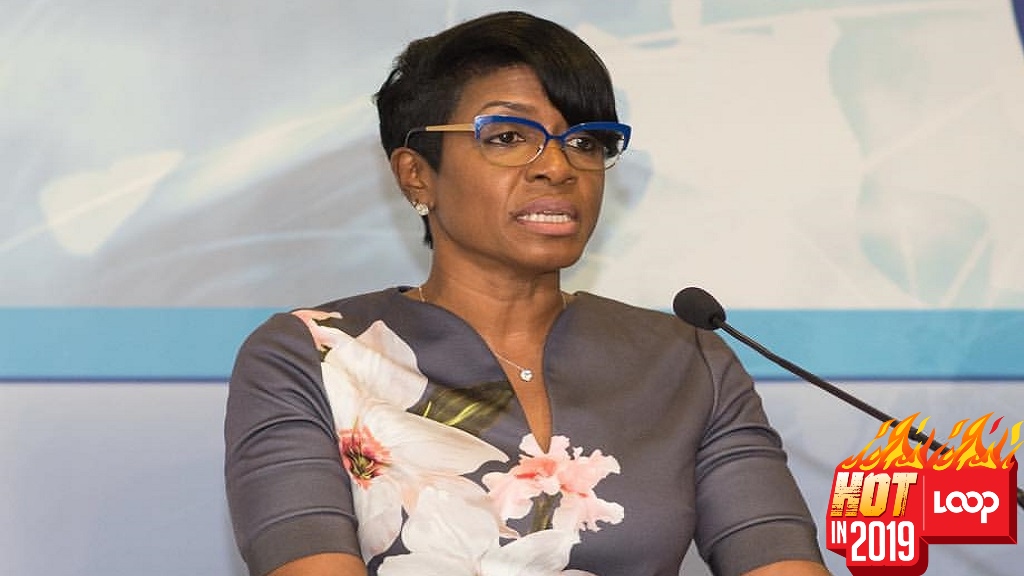 A major contributor was the acquisition of Post to Post Betting. Subsequently the group also moved to acquire assets of Champion Gaming Company Limited (CG), a Jamaican-owned company with over 1,200 machines in the Route Video Lounge Terminal, (VLT — slot machines) business in Jamaica, representing around 15 per cent of the slot machines market operating in the island. The deal is expected to be finalised in January 2020.

The company’s overseas expansion strategy has started with SVL’s first location in Georgetown, Guyana, with operations officially starting in 2019. Guyana’s economy is in growth mode with the start of oil production, which will provide a much-needed boost to the local industries.

Under the brand “iBET Supreme, SVL’s license allows for the provision of sports betting, video gaming machines and online gaming services to the Guyanese punter.

As deputy chairman of Barita Investments, Paul Simpson has been instrumental in the consistent growth of the company, which now holds the largest stake in Proven Investments Limited.

Barita acquired a five per cent stake valued at US$9,864,233.39 ($1.34 billion) in Proven, overtaking Proven founding partner Peter Bunting as the largest holder of shares in the investment company.

Restaurant of Jamaica’s Managing Director Mark Myers is ending 2019 year on a high with the opening of three new restaurants in the space of three weeks, which will grow its restaurant network size to 51 by year end.

The construction of these three latest restaurants represents an investment of more than $500 million, with approximately 120 persons being employed across the three locations. 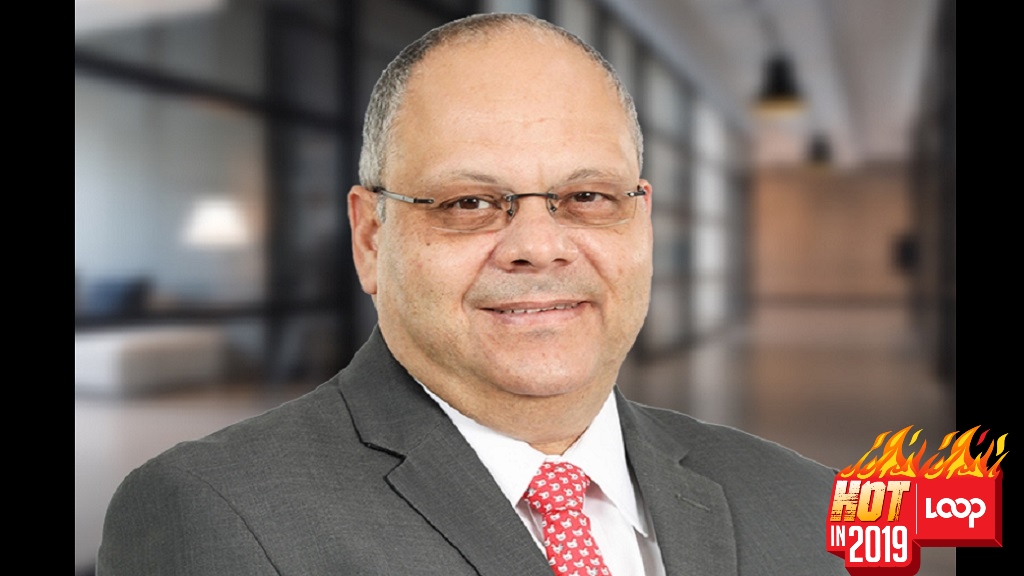 In the past year, ROJ has invested nearly $900 million in the construction of its five newest restaurants. The group employs over 2,000 individuals, of which 55 jobs were created from the last three restaurants.

Myers' Vision 2020 expansion plans will include another KFC and possibly a Pizza Hut outlet in St Thomas, in line with the planned roadway development.

In 2017, Norbrook Equity Partners led by Khary Robinson quietly borrowed US$5.25 million ($677.25 million) from private investors and issued them with USD-indexed redeemable preference shares in exchange for the capital. The deal, which was structured by NCB Capital Markets Limited was targeted at new acquisitions for the company. 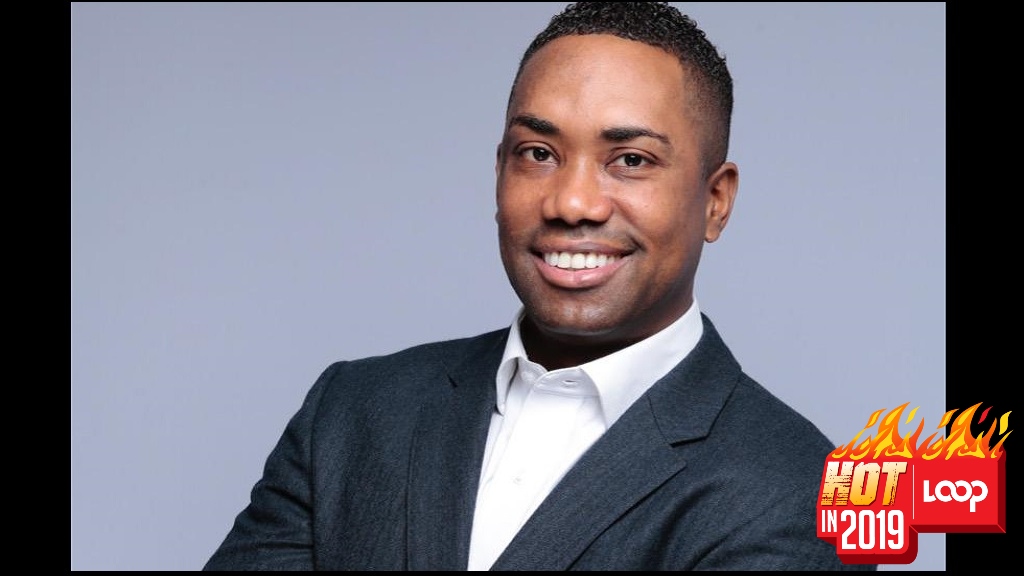 The latest initiative carried out by the businessman is the listing of delivery company Mailpac on the junior market after raising $495 million in capital for a 20 per cent stake in the business.

The capital raise to date stands as the highest raise for the junior market.

The past four decades have seen Lyn, affectionately called ‘the chicken lady’ building the Island Grill brand to 18 stores in Jamaica and one in Barbados, which together does more than $2 billion a year in sales.

This year, Lyn became the 27th business leader and the second woman to be inducted to the prestigious Private Sector Hall of Fame. 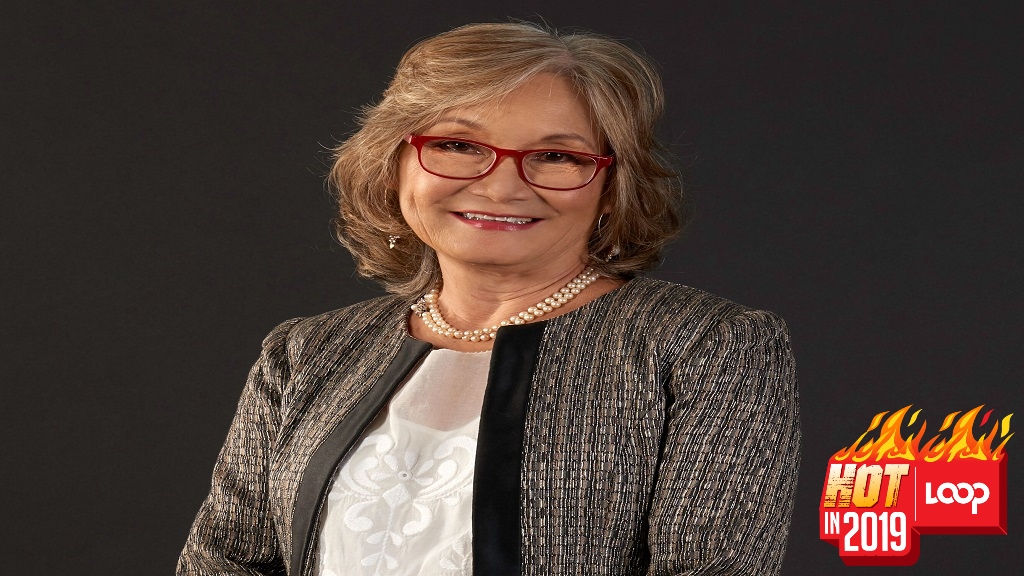 Lyn’s advocacy for numerous philanthropic and environmental causes including Island Grill’s use of biodegradable, eco-friendly packaging validated her joining an esteemed list of 26 previous inductees into the PSOJ Hall of Fame on November 1.

After approximately two and a half years of construction, GraceKennedy Limited’s new Headquarters at 42-56 Harbour Street, was officially opened in May 2019. An investment of over $3.2 billion, this brings to five the number of buildings occupied by GraceKennedy along the Kingston waterfront. 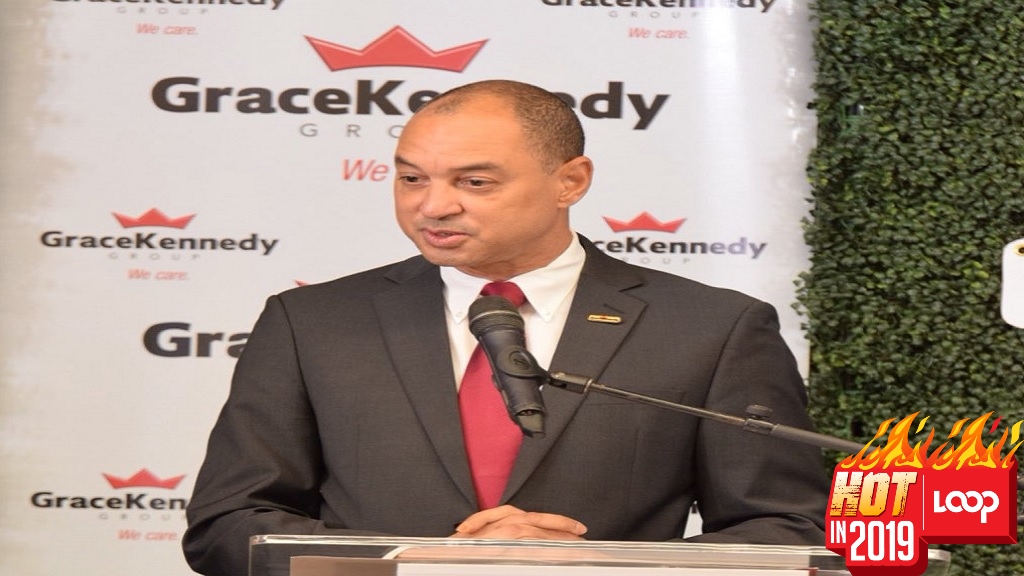 But this wasn’t the only facility GraceKennedy opened this year, its subsidiary, Grace Agro Processors (GAP), Denbigh became the sixth factory to be opened in Jamaica.  The factory, which opened in March, works with farmers in and around May Pen, as well as across Jamaica, to source inputs for the manufacturing of Grace Products for local consumption and export.

The 60,000 square foot facility employs some 70 persons, with that number reaching as high as 120 during peak periods of production.

The GraceKennedy Group, in October took another step towards realising its vision of becoming a Global Consumer Group when it officially opened its brand new Grace/La Fe facility in Woodbridge, New Jersey. The facility, which cost the company some US$5 million, will drive increased operating facilities and reduce costs while having the teams centrally located under one roof.

The Jamaica Stock Exchange, under the leadership of Marlene Street Forrest, has used 2019 to build on the foundation it has laid over the past five years.

At the start of the year, the Exchange earned its second publication titled “Welcome to Jamaica, the home of the World’s Best Performing Stock Market” in the pages on financial media company, Bloomberg, giving the average Jamaican more confidence to own shares in local companies. More recognition came when the JSE increased 116967 points or 30.44 per cent over the year, reaching an all-time high of 528380.50 points in August of 2019. 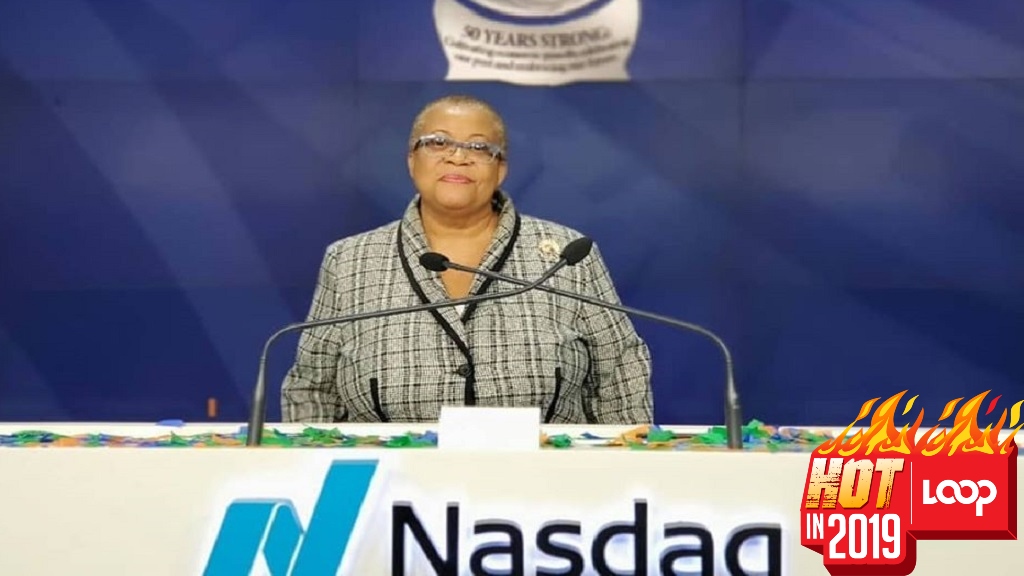 But the celebration did not stop there. On November 6, the Jamaican flag flew alongside that of the United States on the New York Stock Exchange (NYSE) in tribute to the island’s stock market being the best performing stock exchange in the world in 2018.

Street Forrest is gearing up for even more achievements in 2020. Earlier this month, the managing director finalised a deal announced in April which resulted in the JSE transitioning to the National Association of Securities Dealers Automated Quotations (Nasdaq) trading technology. The deal struck between Nasdaq and the JSE, confirms Street Forrest’s intent to create a local stock exchange that is first world-ready.

Fontana, a pharmacy and retail chain led by Kevin Obrien Chan had total assets at the end of the September 2019 quarter of $2.931 billion, up from $1.488 billion in the previous year, reflecting an increase of $1.443 billion or 97 per cent. This was due primarily to the increase in fixed assets and inventory from its new flagship store in Waterloo Kingston. 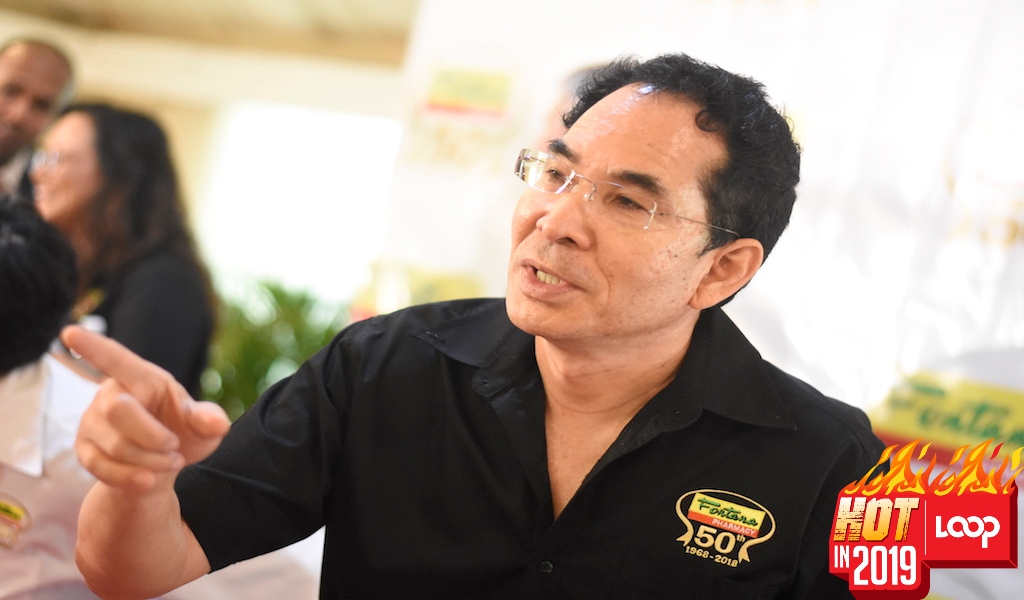 In December 2018 in an initial public offering, the company raised $222.58 million which was invested in the new store and paid off high-cost debts.

Fontana has five stores in Kingston, Montego Bay, Ocho Rios, Mandeville and Savanna-La-Ma, opened its sixth and largest in Waterloo Square, Kingston in October 2019. The 50-year-old company has expanded to include housewares, beauty and cosmetics, home décor, toys, electronics, souvenirs and other products.

Hot in 2018: Leading business personalities of the year