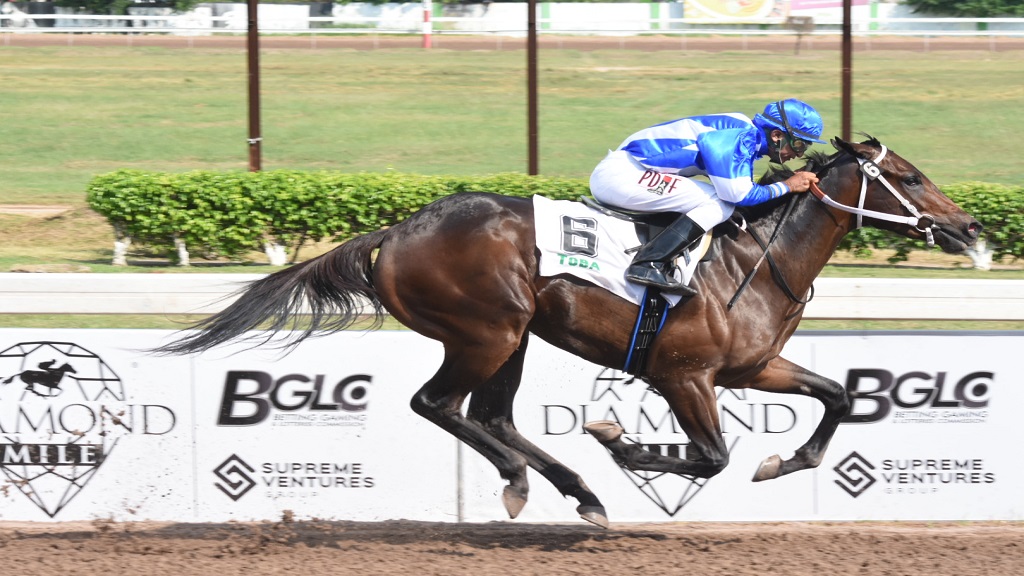 Unbeaten in his last six races, Gary Subratie’s WOW WOW cannot be opposed in Saturday’s seven-furlong Pick 3 Super Challenge Trophy at Caymanas Park, the second leg of the Supreme Ventures Limited Two-Year-Old Series, which he is set to sweep after landing the six-furlong Cash Pot Trophy in October.

The series closes in December with the Jamaica Two-Year-Old Stakes on Boxing Day, a $1m bonus awaiting WOW WOW, who has been untouchable in six consecutive races after losing on debut at three furlongs straight to speedy filly ENGLAND’S ROSE.

WOW WOW subsequently dismissed ENGLAND’S ROSE two starts later and underlined his class by clocking a grade-one time of 1:04.4 for five and a half furlongs three weeks ago.

Veteran Panamanian jockey, Ameth Robles, will break from post-position four with WOW WOW in the feature, set to run off as the ninth event at 4:35 pm.

Meanwhile, champion trainer Wayne DaCosta has four runners in the Pick 3 Supreme Trophy at six furlongs, including SHE’S A MANEATER and imported STRANGER DANGER, who tasted defeat for the first time at the feet of his stablemate in the Diamond Mile.

SHE’S A MANEATER is expected to get the better of STRANGER DANGER as DaCosta seeks to reduce his  $5.7m deficit behind leader Anthony Nunes in the trainers’ championship.