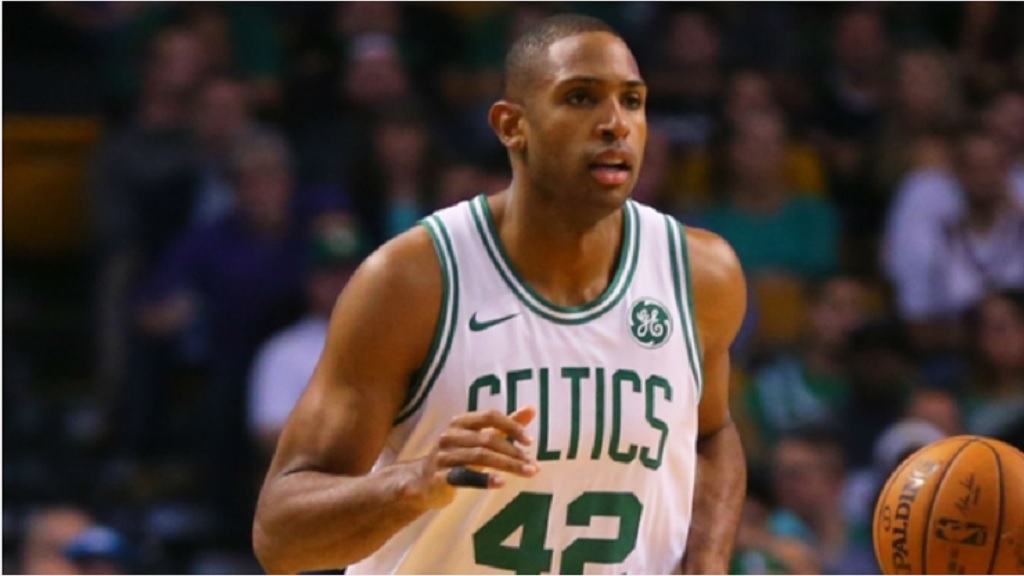 The Boston Celtics got an unlikely triple-double from Al Horford in their 110-105 victory over the Miami Heat in the NBA on Monday.

Horford totalled 19 points, 11 rebounds and 10 assists in what was just the second triple-double of his 12-year career.

Boston got out to a sizable first-half lead, but Miami came battling back in the fourth. The Heat's comeback was fuelled by Goran Dragic's 30-point performance, but the Celtics simply had too many options, even without Jaylen Brown (back).

Miami (38-39) hold the final playoff spot in the Eastern Conference, but the Magic are just a half-game back. The scramble for a postseason appearance could get hectic as the regular season comes to a close.

Boston (46-32), the Eastern Conference's fourth seed, are even with Indiana with four games to play before the playoffs.

Eric Bledsoe poured in a game-high 29 points in the Milwaukee Bucks' 131-121 win over the Brooklyn Nets.

Robin Lopez scored a season-high 29 points in the Chicago Bulls' 113-105 loss to the New York Knicks.

Danny Green's season-high of 29 points helped lift the Toronto Raptors past the Magic 121-109.

Tyus Jones fooled Damian Lillard with a step-back jumper in the Minnesota Timberwolves' 132-122 loss to the Portland Trail Blazers.

Only one game separates Denver and Golden State in the Western Conference standings. The Nuggets are coming off a disappointing loss to the Washington Wizards and will have to rally to win in Oracle Arena. One of these team will likely claim the top seed, as just six games remain for each side in the regular season.