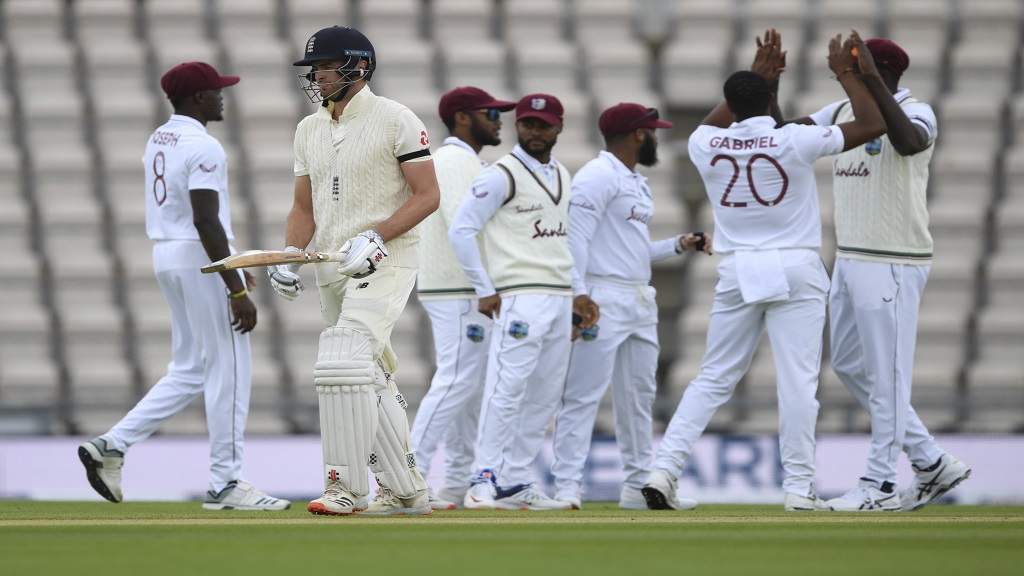 England and West Indies showed their solidarity with the Black Lives Matter movement on day one of the first Test, which saw the hosts lose Dom Sibley as only 17.4 overs were possible.

International cricket had been on hold since March because of the coronavirus pandemic, but the three-Test behind-closed-doors series between England and the Windies marking its long-awaited return.

Perhaps predictably for a series staged in England, rain ruled on day one at the Rose Bowl, limiting time on the field before stumps were called with the hosts 35-1.

There were inspiring scenes before the start of play as both sets of players kneeled in support of Black Lives Matter, which has received widespread backing following the death of African American George Floyd in police custody in Minnesota in May.

After stand-in captain Ben Stokes won the toss and elected to bat, England were met with an early barrage from the Windies attack.

Rory Burns survived an lbw review in the first over from Kemar Roach, but Sibley went for a duck when a misjudged leave saw him bowled by Shannon Gabriel.

Interruptions were frequent thereafter but Burns (20) and Joe Denly (14) steadied England and will hope to build a significant partnership on day two, though more rain is expected on Thursday.

There was no place in the England side for Stuart Broad for the first time in a home Test since 2012, with James Anderson, Jofra Archer, and Mark Wood preferred.