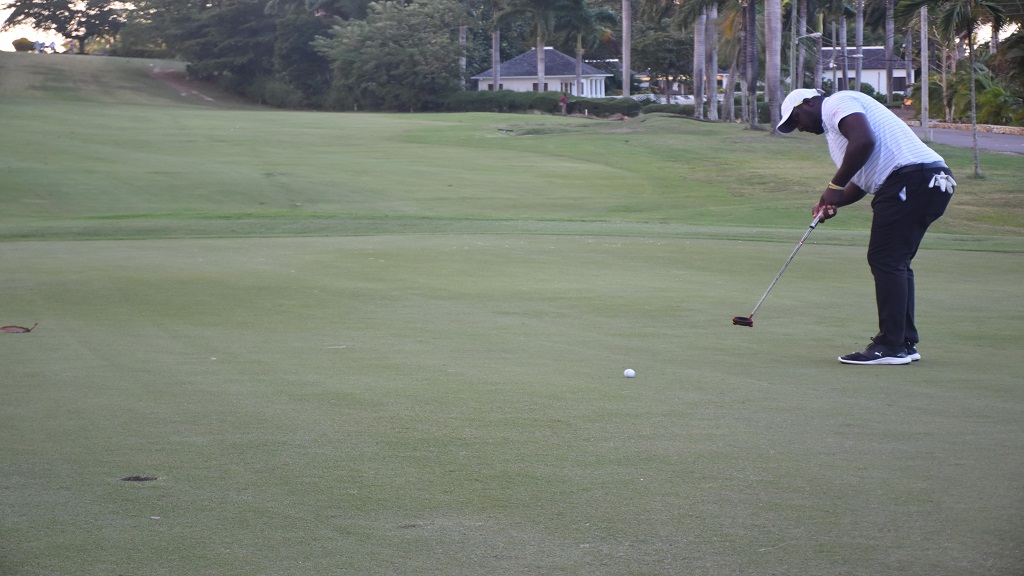 Wesley Brown was the best placed Jamaican following his opening round on Thursday's first day of the 52nd Alacran Jamaica Open at Tryall Club in Sandy Bay, Hanover.

Brown, who plies his trade overseas, will enter Friday's second day with an ever par 72, three shots off the lead, for seventh place with Canadian Derek Gillespie.

On a very tough day for golfing as a result of a windy condition, the Jamaican scored four birdies on the front nine, including back-to-back birdies on holes two and three.

Canadian Thomas DeMarco and American Patrick Cover hold the lead. The pair ended with a one-shot lead after both shot a three under par 69 in the 54-hole tournament.

Americans Marty Sanchez and David Moreland were next with two under par 70 after 14 holes, followed by Archer Price, another American, and Canadian Brandon Lacasse - both on one under par 71.

DeMarco was pleased with his performance though the conditions were brutal for golf.

"It was really fun.  I woke up this morning and it was really windy and I accepted the challenge and had some fun with it.  I played 17 holes of some of the best holes I could play and I just had a couple of bad shots on one hole and made a triple, but other than that I played very good considering the conditions, cause this is not an easy course in the wind cause its really tight, but it was fun," DeMarco said.

Defending champion American Hernan Borja was tied for ninth spot on one over par 73 with four other of his teammates.

The opening day was aborted at 5:50 pm due to poor light conditions, with five groups of golfers still on the course.  They will continue their round at 6:30 am on Friday.

The second round is scheduled to begin at 8:00 am.