Home for the holidays: international personalities on The Rock 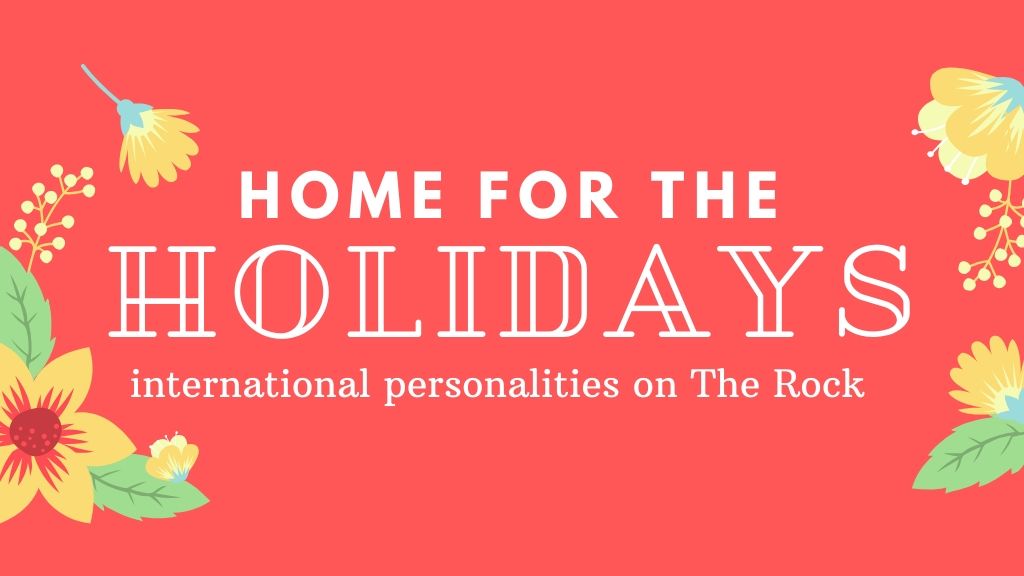 Welcome - or welcome back - to Jamrock!

Jamaica’s white sandy beaches and tropical climes have always attracted visitors by air and by sea.

It isn’t by coincidence that the World Travel Awards named Jamaica as the World Leading Cruise Destination, 2019.

Many foreigners, including celebs, have either returned home with friends for work, play, or simply to soak up the sun. It’s freezing back home, after all.

From singer-model-actress Justine Skye to Gucci Mane and Keyshia Ka'Oir, Loop Lifestyle highlights a few of the celebs who are home for the holidays.

See a slideshow of those sighted below (all images were taken from the Twitter/Instagram pages of those mentioned). 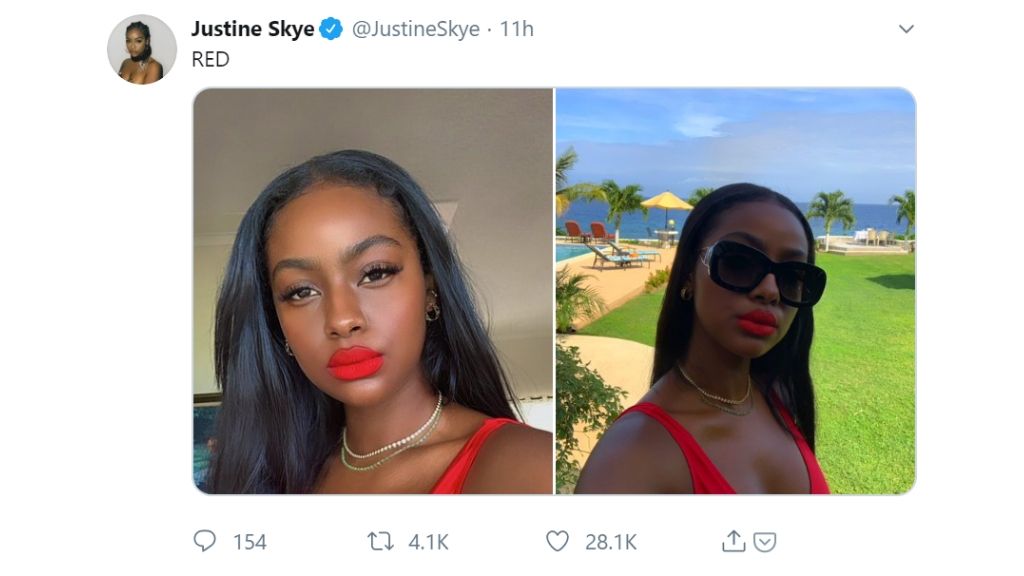 Actress, model and singer/songwriter Justine Skye is borne of Jamaican parentage, so it’s no surprise that Skye, a Rock habituée, is back home for the holidays. 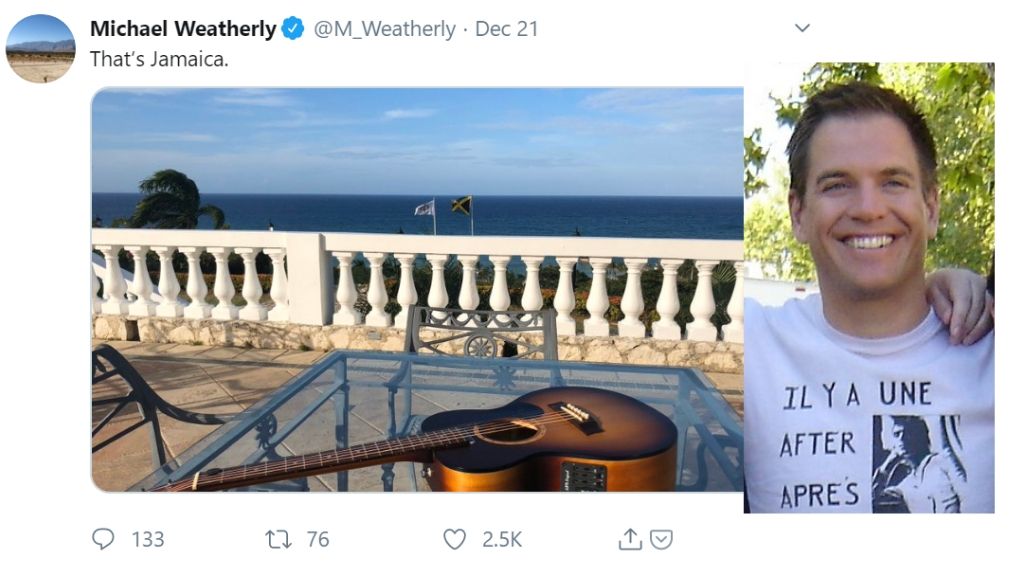 Actor and producer Michael Weatherly, known popularly for his television roles on NCIS, NCIS: Los Angeles, and more recently Bull, tweeted “This is Jamaica” with a photo of his view of the Caribbean Sea from Tryall, Hanover on a recent visit. His fans on Twitter are speculating new music from the multi-talented creative, who writes, sings, and plays the guitar. 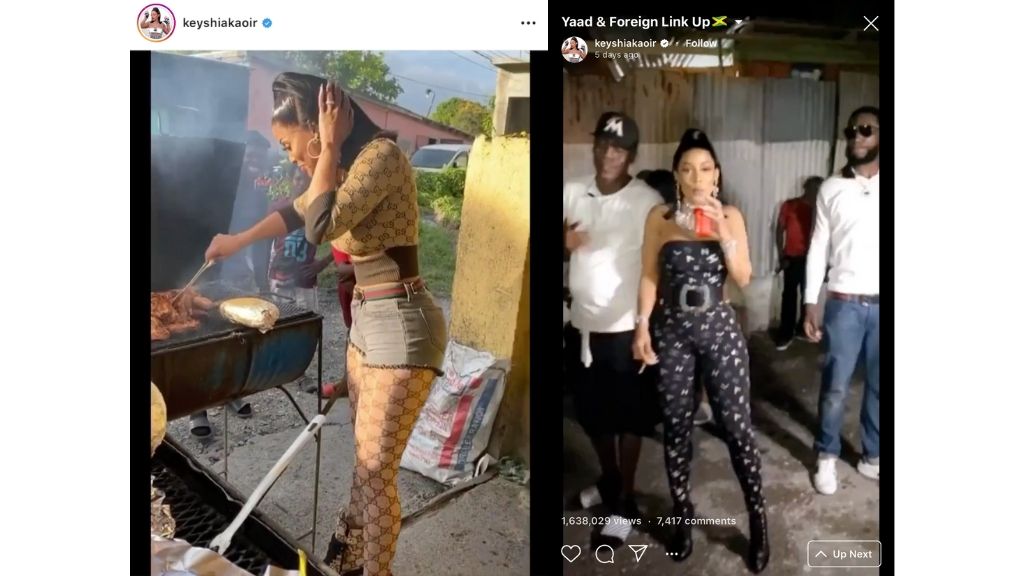 Rap royalty and it couple Keyshia Ka’oir and Gucci Mane aka The Wopsters shared their Christmas vacation in Jamdung along with Ka’Oir’s Jamaican family. Following a family dinner in Kingston, the two spent the rest of their vacay in Ocho Rios. 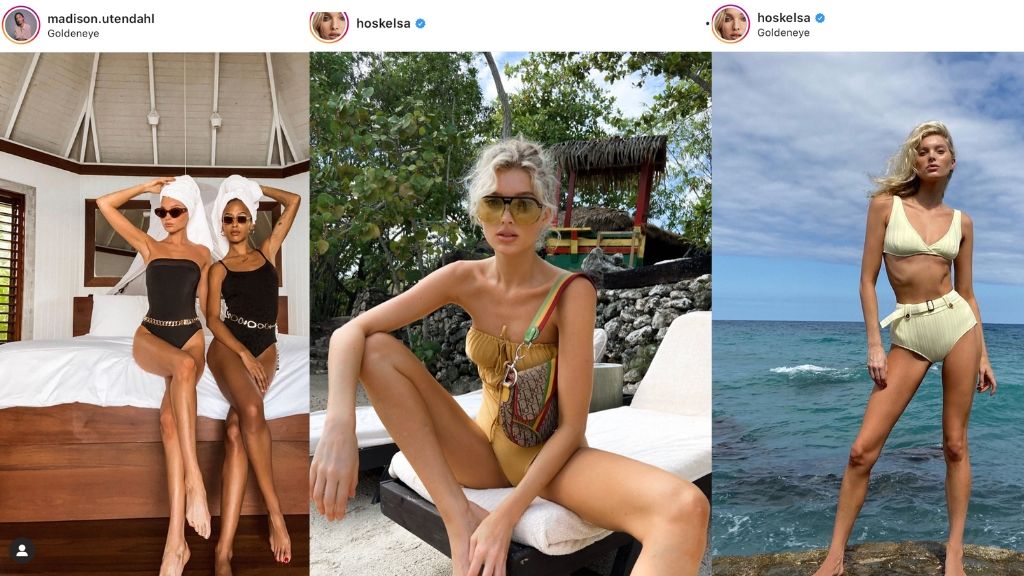 Experiential marketing specialist Madison Utendahl and Swedish model and Victoria’s Secret Angel Elsa Hosk had a short vacay at GoldenEye in St Mary during the holidays. Though their R&R included a bit of work and play, the duo had just enough sun, sand, and sea before heading home. 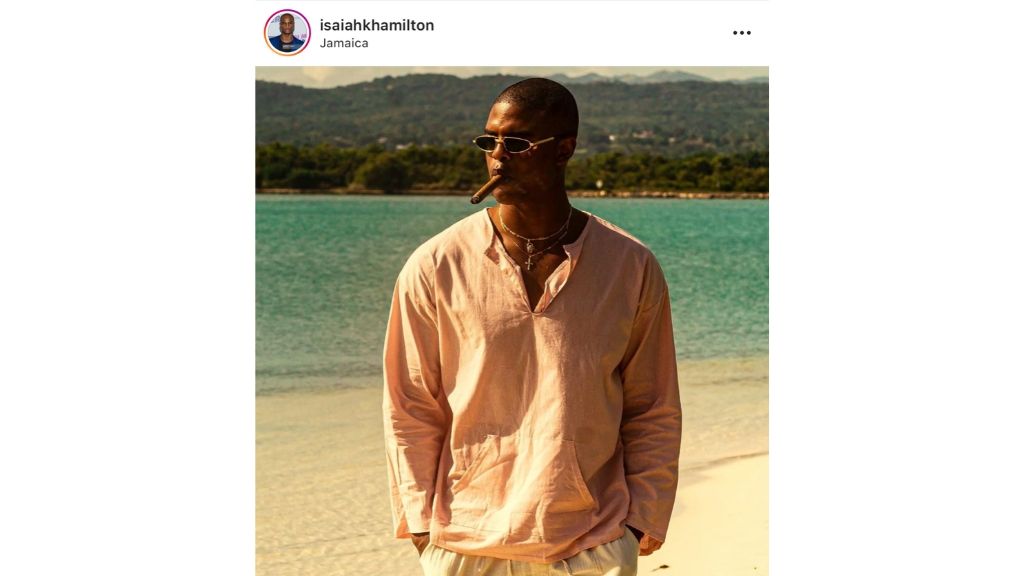 Artist and NY-based model Isaiah Hamilton is currently luxuriating on the North Coast, Trelawny to be exact. The self-proclaimed “International Player with the Passport” has Jamaican roots, with family in Montego Bay, and because of this is a frequent visitor. Before now, Hamilton’s most recent trip to The Rock was in August. 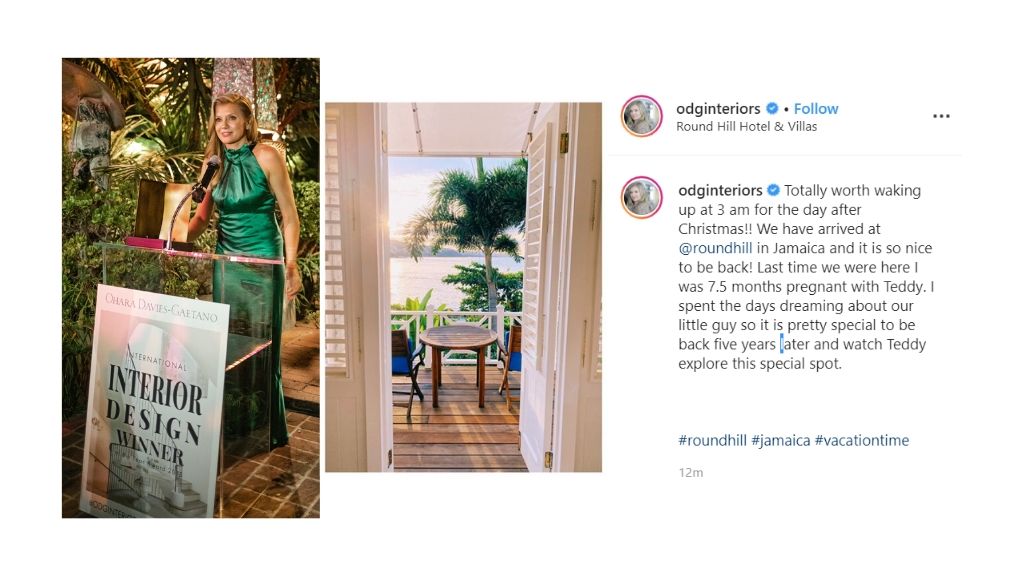 The award-winning interior decorator Ohara Davies-Gaetano, whose work is often inspired by clean lines and luxe tropical living is back on The Rock and basking in the sun at Round Hill Hotel & Villas after five years away. Gaetano, at the time was seven-and-a-half months pregnant with her first-born son Teddy. 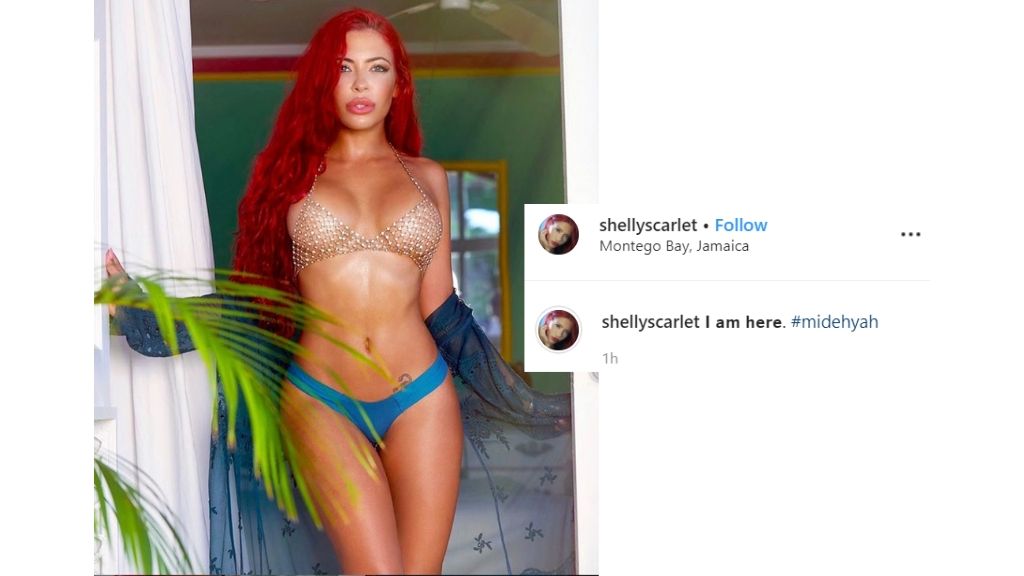 Promotional and commercial model Shelly Scarlet is also on The Rock. The buxom redhead Scarlet alerted her fans via Instagram with a sultry photo and a caption that clearly indicates she is in Ja – “I am here. #midehyah”. Scarlet was seen chilling at the plush Russell Villas resort in Montego Bay. 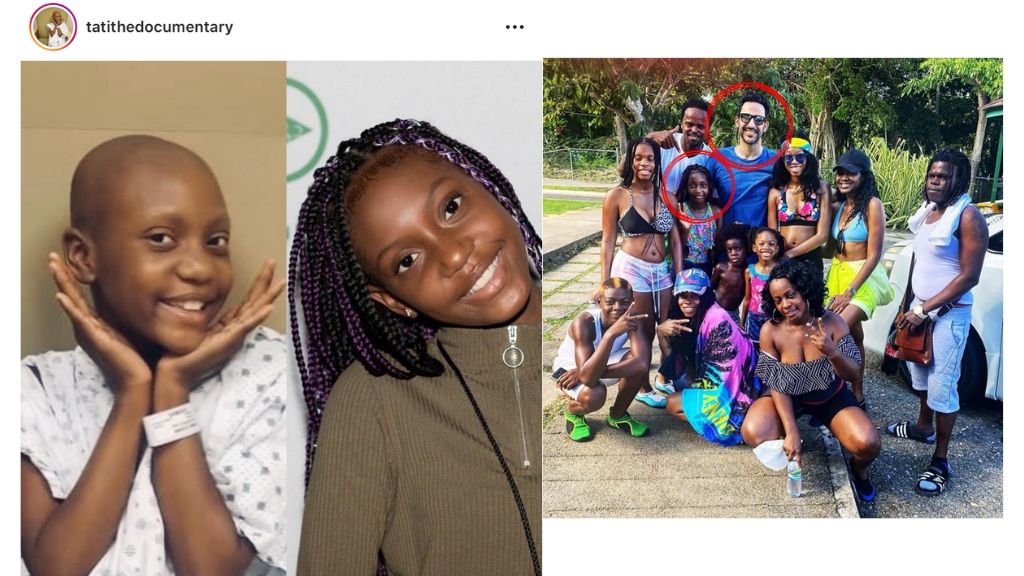 Actor, director and NBC Blacklist star Amir Arison is on The Rock with the star of the short film Tati The Documentary – which follows 12-year-old cancer survivor Tatianna Bernard, who happens to be Jamaican, on her quest to make her own Angelight short film Tati’s Fashion Show while undergoing treatment for a medulloblastoma brain tumor. Arison, Bernard, and members of Bernard’s extended family shared some down time at Dunn’s River Falls in Ocho Rios, St Ann.

Celebs in town: Stars who touched down for T&T Trinidad Carnival