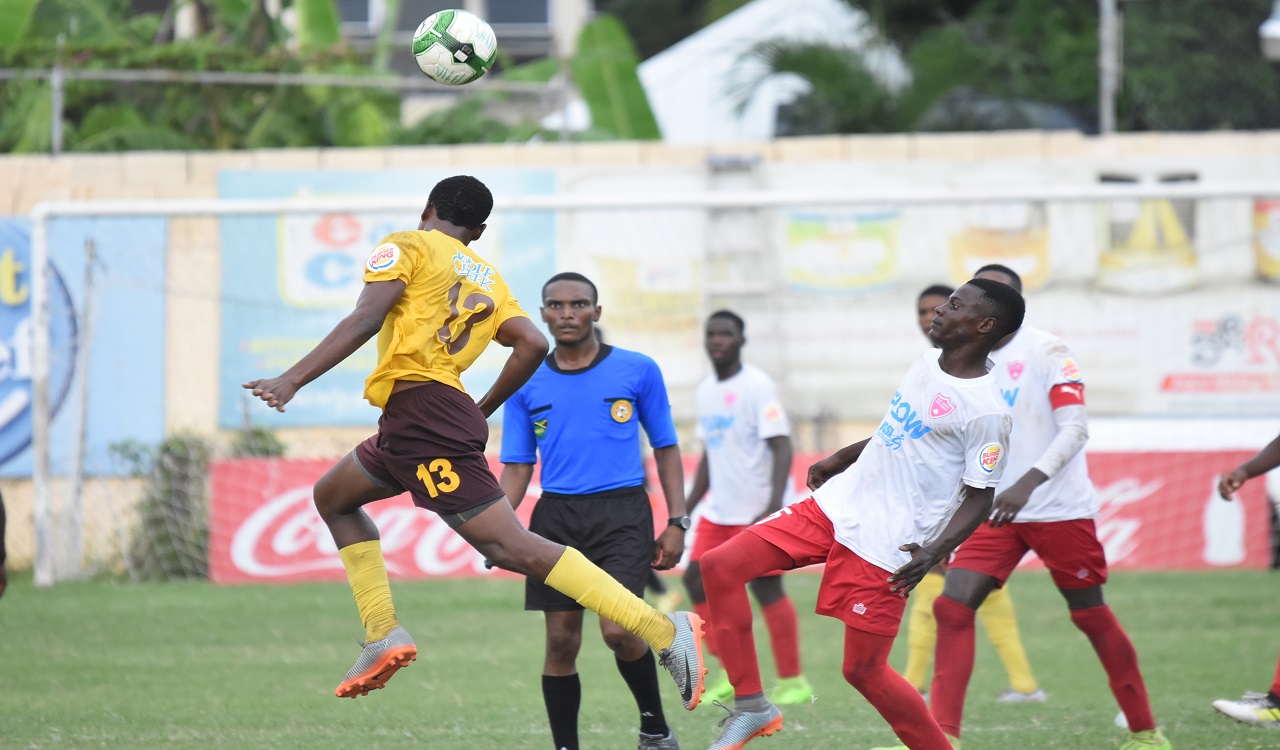 Chase Knight of Haile Selassie heads the ball clear of danger during their ISSA/FLOW Manning Cup second round return-leg fixture at the Constant Spring field on Thursday.

Top seed Holy Trinity overturned Haile Selassie High's first-leg  two-goal deficit on their way to a 4-2 victory on penalties in their second round return-leg tie of the 2017 ISSA/FLOW Manning Cup football competition., on Thursday.

The game was the first of a double-header at the Constant Spring field.

Holy Trinity's regulation time victory came through goals from Fabrizzio Burton in the 68th and Trevar Littlejohn in the 78th minutes.

With the advantage from the first-leg, Haile Selassie were prepared to sit back and wait for the counter. But while Holy Trinity pressed for most of the match, they failed to to turn their dominance into goals, until deep into the second half.

Their best effort in the first half, was a tame shot by Roy Evelyn to goalkeeper Mark Williams from inside the 18-yard box, after he collected a rebound from an earlier shot.

With Haile Selassie continuing to sit back, Holy Trinity maintained a presence around their 18-yard box from the start of the second-half, until they managed to find the back of the net.

The goal came when Holy Trinity were awarded a free-kick ,centre of goal about 30 metres out. It was taken by Nicholas Thomas and Burton inside the six-yard box, flicked it on into the net.

They pulled level when Littlejohn from just outside the area, fired through a number of players out of the reach of the goalkeeper.

In the penalty shootout, Shi Smith, Burton, Thomas and Phillon Lawrence found the back of the net for Holy Trinity with Omario Cole having his effort saved by Williams.