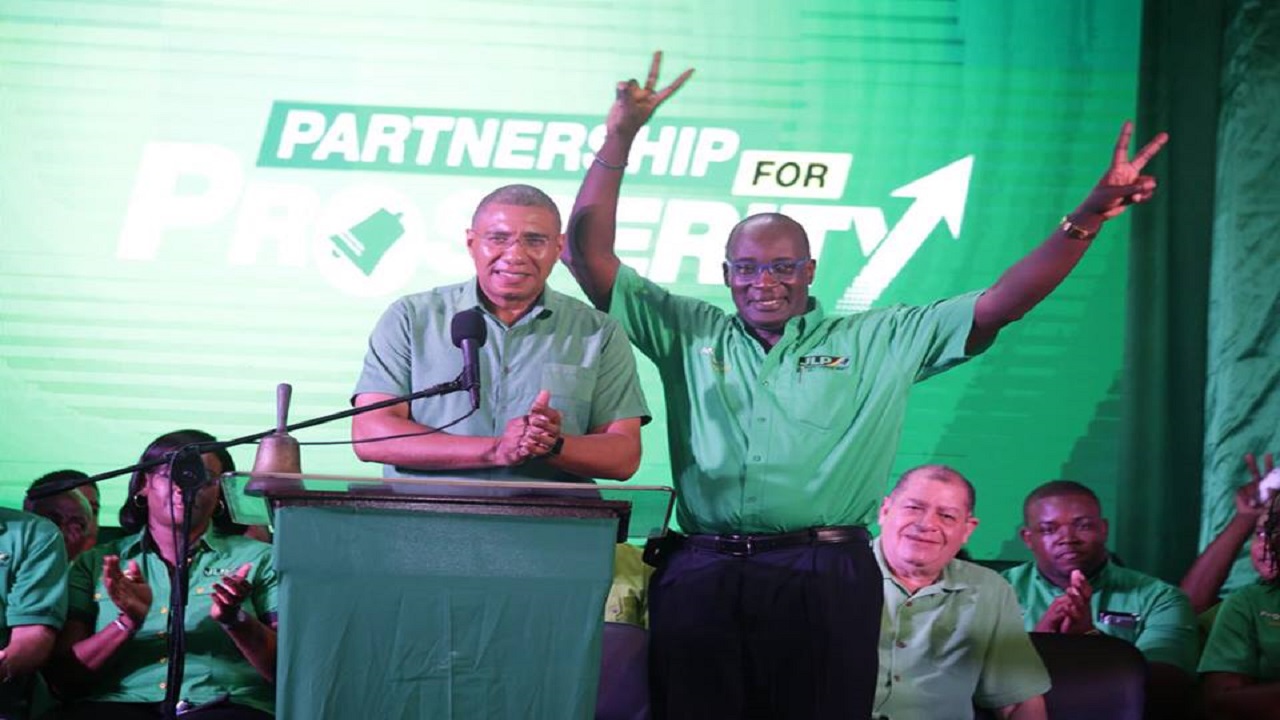 Prime Minister Andrew Holness has moved to dismiss speculation that he would be calling an early General Election while warning the Opposition People’s National Party (PNP) that the Jamaica Labour Party (JLP) intends to wrest the St Ann North Western seat away from the PNP’s Dr Dayton Campbell.

Holness, who’s the JLP Leader, was speaking at a conference in the battleground constituency at the Brown’s Town Community College on Sunday night, where he formally introduced Education Minister, Senator Ruel Reid as the party’s candidate for the next general election constitutionally due in 2021.

A week earlier at a JLP rally in the St Catherine South Eastern constituency that is held by the PNP’s Colin Fagan, Holness’ spoke about no one knowing what cards he holds and when he will play said cards, only served to fuel speculation as to whether he was talking about an early election.

On Sunday, he sought to put the guessing game to rest.

He told Labourites that he had heard the comments on social media about the possibility of the government calling an early election but insisted that “I am just jogging, just doing my thing and warming up.”

“Only one man hold that card, and I am keeping that close to my chest. I am not ready to play that card, yet. We still have many more good cards to play in our deck,” Holness told the crowd.

He added that” “They don't know me. They see me, but they don't know me. I am one man, you know, I don't panic, and duppy can't frighten me. I am fixed in my mind on you the people. I am looking at you. I am looking into your eyes. I am reading your faces and sometimes when I am not talking, it is simply because I am listening, and I am hearing and I am understanding.”

Holness accused the PNP of being focused solely on short term gains and winning elections at any cost.

Meanwhile, Holness told the crowd that the JLP should have won the North West St Ann seat in the 2016 General Election but dropped the ball. He is determined to get it in the JLP win column next time around.

“There is no question about it. I campaigned with many of you, spent several days going through and through and the message was clear, the people wanted the change.

“So by the parish council election (of November 2016) the people had made up their minds fully and now we have all four parish council divisions,” he noted. He also suggested the party was more unified now than it was in 2016,” he said.

Campbell is a two-term MP having defeated the JLP’s Othneil Lawrence by 861 votes in 2011 and retaining the seat by again defeating Lawrence in 2016 but with a reduced margin of 410 votes.