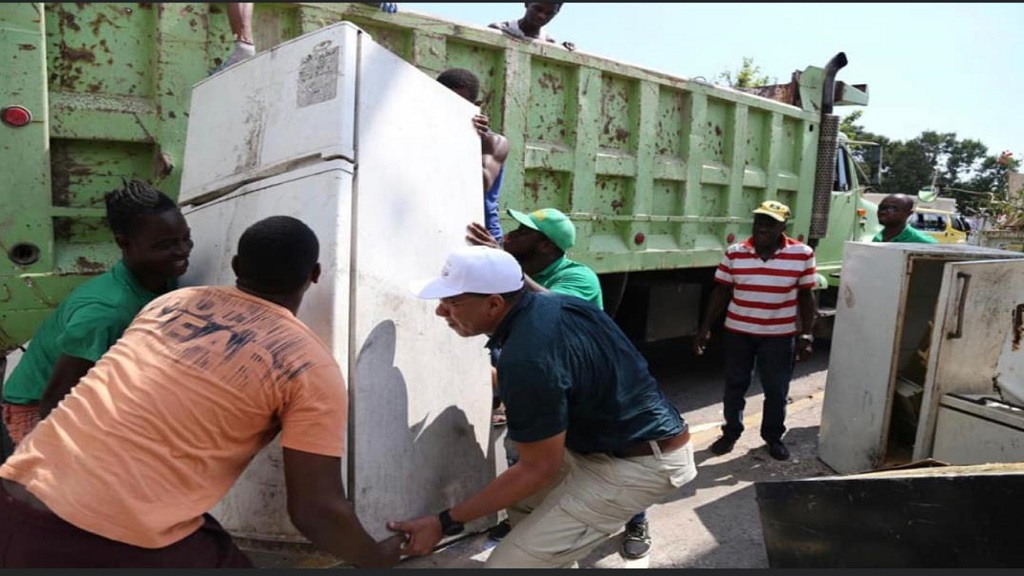 Prime Minister Andrew Holness (right lifting) assisting personnel to dispose of an old refrigerator in the West Central St Andrew constituency that he represents in Parliament, during the National Dengue Clean-up effort on Saturday.

Prime Minister Andrew Holness on Saturday joined thousands of Jamaicans in the National Dengue Clean-up effort, and has called on citizens to join hands to make the clean-up of communities an ongoing initiative.

“As part of our Dengue clean-up efforts, I assisted  members of my constituency to properly dispose of bulky waste and identify and clean other potential mosquito breeding sites,” said Holness on his official Twitter page on Saturday.

He then called on Jamaicans in other communities to co-ordinate to make the exercise a success in their areas. 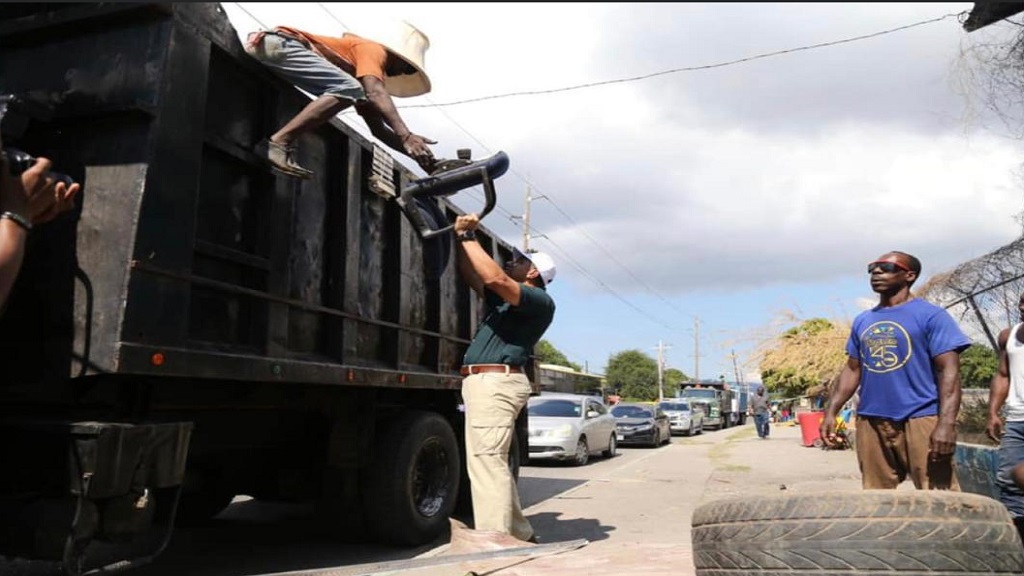 Prime Minister Andrew Holness handing an item to a crew member on a truck collecting garbage in West Central St Andrew on Saturday.

“You can co-ordinate with other members of your communities to do the same. The goal is to eliminate mosquito breeding sites and prevent the spread of dengue,” said Holness.

Grants Pen and Rae Town were among 36 communities listed as ‘critical’ in the dengue fight, and were selected as sites for the National Dengue Clean-Up initiative, the Health Ministry stated in a release.

The exercise that was led by Prime Minister Holness included various agencies of the state, local authorities and volunteers.

During the exercise, the work teams removed bulky waste, bushed overgrown vegetation, and filled out depressed areas where mosquitoes are likely to breed.

The team also interacted with residents, encouraging and showing them how to cover drums and other water-holding containers, and emptying or destroying containers, as necessary.