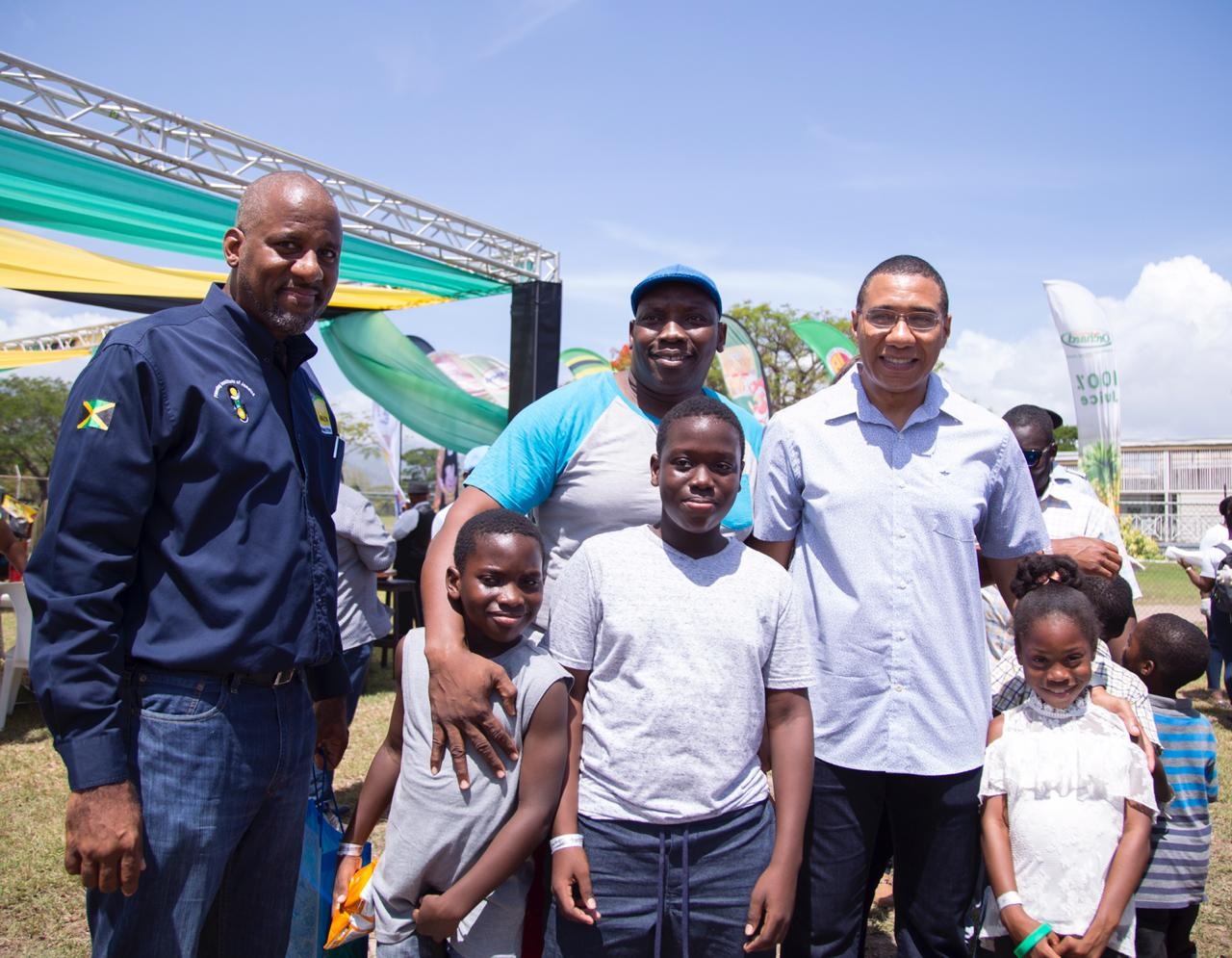 Prime Minister Andrew Holness (right), along with some fathers and their children, at a celebration of fatherhood at the Office of the Prime Minister (OPM) on Sunday afternoon. (Photos: Llewellyn Wynter)

Prime Minister Andrew Holness has declared that the Government is focused on the economic prosperity and well-being of the Jamaican people.

In that regard, the prime minister said the Government is committed to preserving the traditional institutions of the society.

Holness made the pronouncement as he led Father’s Day celebrations at the Office of the Prime Minister (OPM) in St Andrew on Sunday afternoon at a picnic titled ‘Furthering Healthy Families with Fathers’.

The prime minister said his Administration will not be distracted by discussions in the public domain on subject matters like abortion, sexuality and obeah. In that regard, Holness declared he will defend the traditional institution of the family. 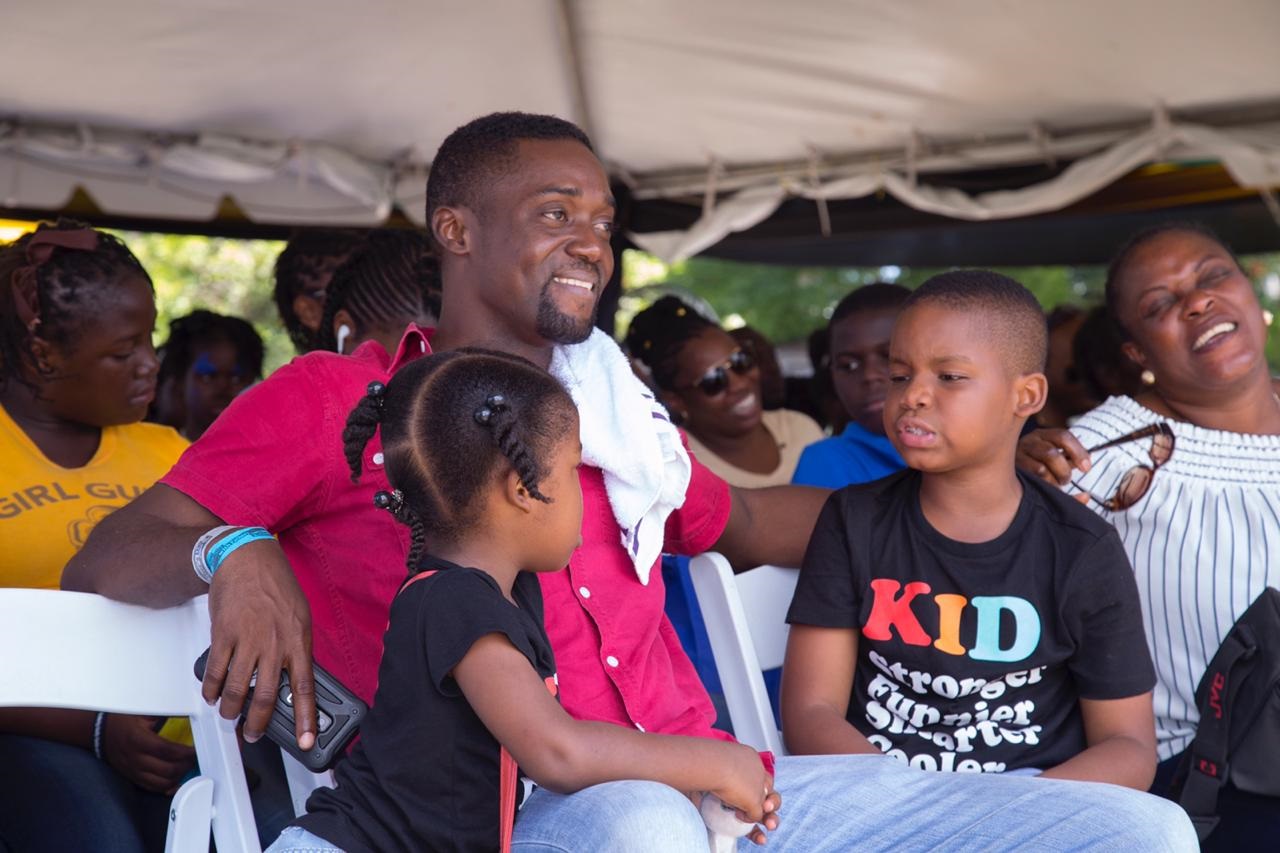 Dad: The heartbeat of the family.

“I have been following all the discussions, and if you put them together, it could very well seem to be an assault on the traditional values of the society and how we see our traditional institutions. This Government that I lead is committed to preserving the institution of the family as we have understood it, and our parents have understood it. This Government is wholly and solely focussed on the real threats to the institutions of our society, and the real threat is poverty and the lack of economic growth and opportunity for the mass of the people. This Government will not be distracted on issues that will not advance our economic progress, the creation of jobs and economic growth,” said Holness.

He said the Government is fully focussed on fulfilling its mission of economic independence for Jamaicans.

“The Government must set priorities, and our priority is to address the issue of poverty in our country, to eliminate poverty from our land, to create economic growth, and to provide jobs. That is what our focus is. So if we engage in anything, it’s about your economic independence. 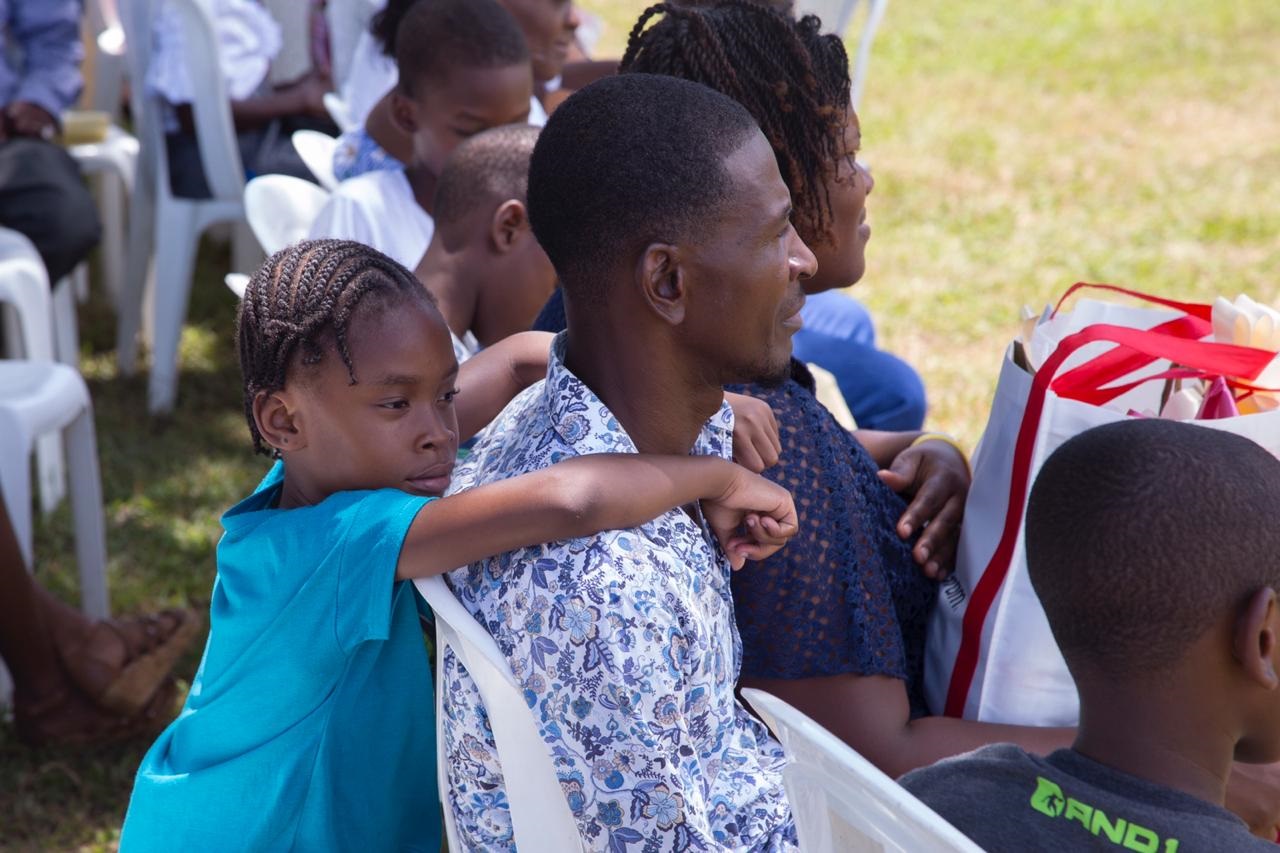 “The social issues are important, and they will be debated, but we always pay attention to what the people of the country say,” said the prime minister.

In the meantime, he noted that fathers are now generally playing a greater role in the lives of their young children. He appealed to them to protect their families, in particular, their boys, from falling victims to societal pressure.

“As we celebrate Father’s Day, we ask fathers to recommit to taking a greater role in the lives of their boys in ensuring (that) they don’t deviate from that right path; that they don’t make the mistakes that you made in your lives; that you hold their hands and guide them along the path of success. Don’t give up on them,” urged Holness.

Prime Minister Holness and Mrs Holness (in the background, centre) alongside a number of fathers and their children at Sunday's celebration of fatherhood at the OPM in St Andrew. 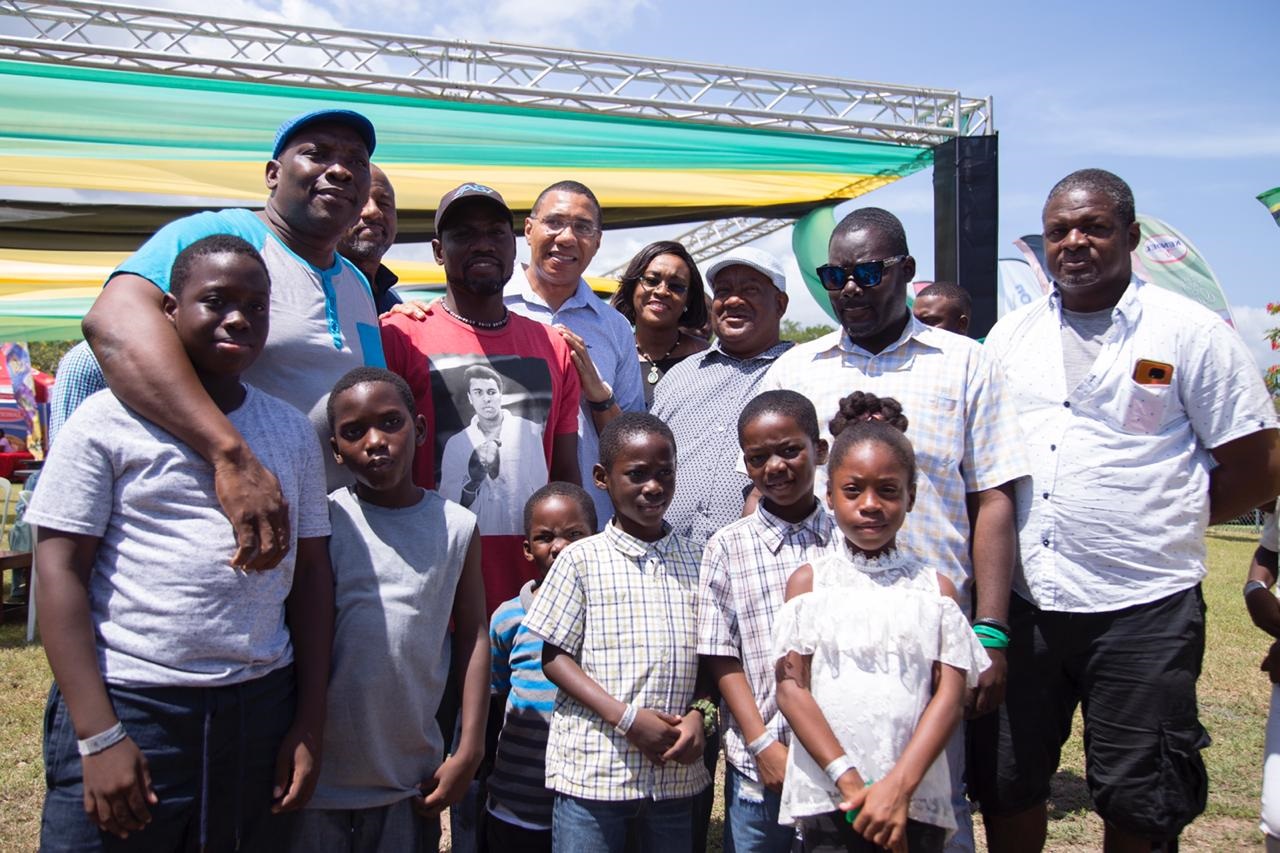